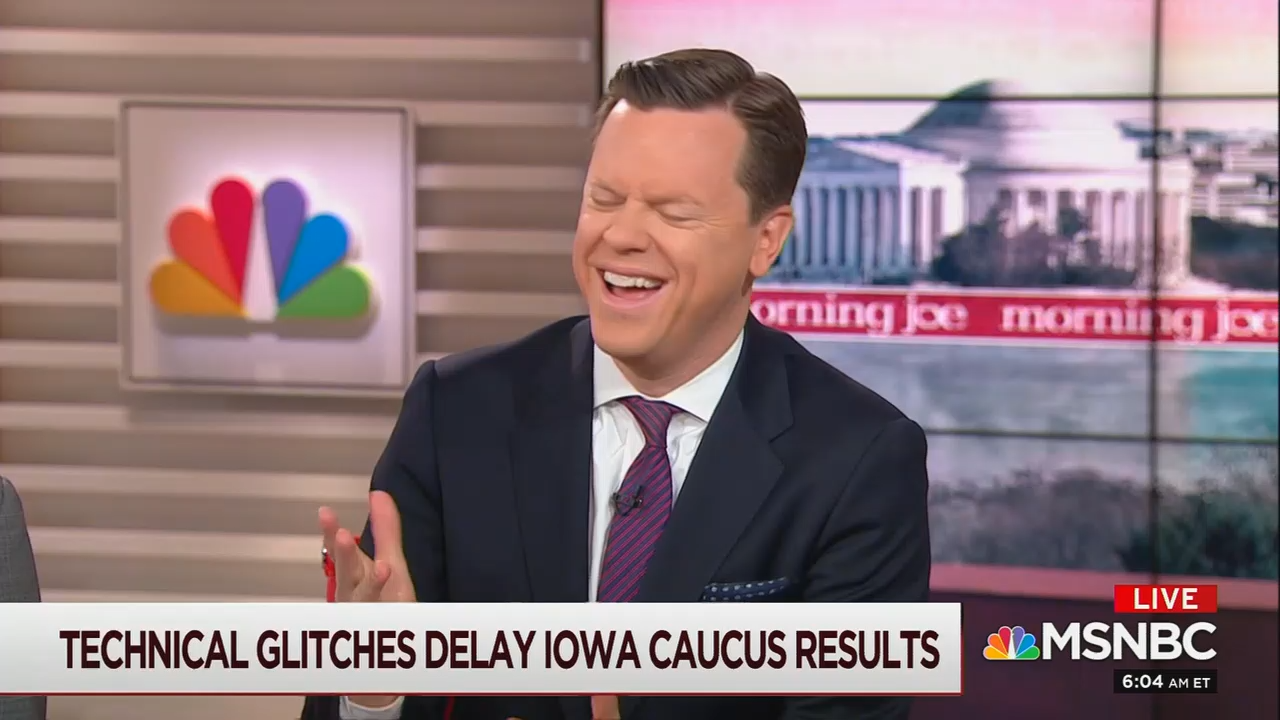 The TV news media have declared the Iowa Democratic Caucus a disaster, after a series of technical failures prevented the state Democratic Party from being able to determine a winner. Across cable and broadcast networks Tuesday morning, a throng of overtired journalists laid into Democrats with a combination of frustration, confusion, and relentless mockery.

Intrepid CNN anchor Chris Cuomo was among those hardest hit by the debacle — no doubt in part because he stayed up into the wee hours of the night only to cover a contest with no winner. Cuomo declared the event “an epic failure,” while his fellow panelist and anchor Van Jones worried: “This is starting to feel like possibly a real debacle.”

The mood was decidedly lighter over at MSNBC, where Tuesday's Morning Joe panel spent the morning cracking jokes about the failure. Later that morning, MSNBC Live host Hallie Jackson opened her 10:00 a.m. EST show with a wisecrack of her own: “Breaking this morning: the Iowa Caucuses. They’re what’s breaking. Because the system is actually broken.”

Watch: Best of the Media's Reaction to the Disastrous Iowa Caucus

Broadcast anchors were no kinder to embarrassed Democrats. All three major networks (ABC, CBS, and NBC) reported on the “chaos” unfolding in Iowa.

“The headline is, it wasn’t the Russians in this case,” cracked Cynthia McFadden on NBC’s Today. The senior legal and investigative correspondent continued: “It appears to be the Democrats have done it to themselves.”

The criticism was even harsher on CBS This Morning, where the panel unanimously agreed that President Trump was “the real winner” of the failed contest. In a 7:00 a.m. EST segment about the delayed results, CBS chief Washington correspondent Major Garrett intoned grimly: “This morning, the two chief political exports of Iowa are uncertainty and embarrassment.”

Granted, most of the media have a lengthy track record of going easy on the Democratic Party — but so disastrous was the Iowa Caucus that even liberal journalists couldn’t resist laying into them. And who could blame them for it? Everyone enjoys a good dumpster fire.