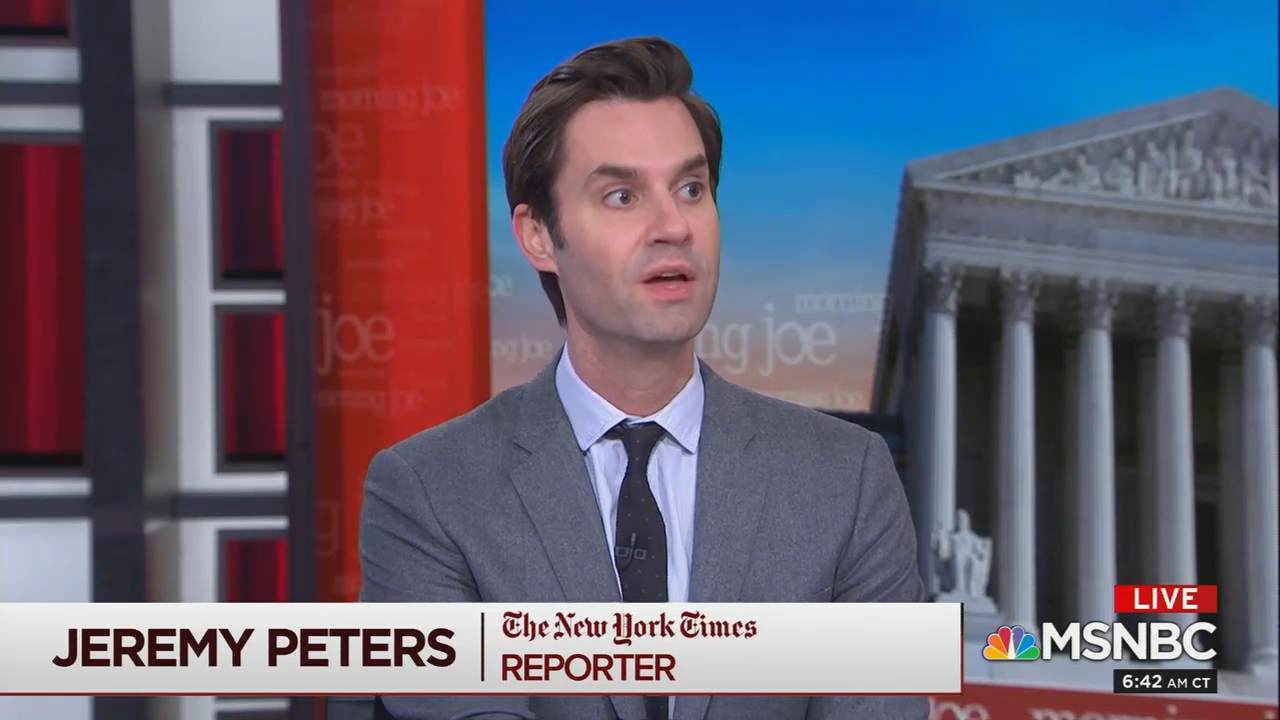 New York Times political reporter Jeremy Peters has a fun theory that conservative media and President Trump are somehow a fault for the recent machete attack at a Hanukkah party in Monsey, New York.

During a Monday panel discussion about the incident on MSNBC’s Morning Joe, Peters asserted that “the media that a lot of the President’s supporters consume” was partially to blame for a recent uptick in racially motivated attacks:

You have to wonder at what point the rhetoric — not just on social media, but in the media that a lot of the president's supporters consume, in the media that the President himself often speaks to — their use of these terms, like describing immigrants as invaders.

Peters boasted that the Times had proven a correlation between “the way that conservative radio hosts discuss, or talk about, denigrate immigrants” and violence. “Remember the El Paso shooting at Walmart,” he continued: “The language in that shooter’s manifesto was often word-for-word what you would hear on some prime time Fox News program.”

At no point did Peters explain how any of this was relevant to violence against Jews (probably because it wasn’t). Rather, Peters was, perhaps out of habit, falling back on a favorite talking point of his: that conservative media somehow incite violence against minorities.

Unfortunately for Peters’s narrative, none of the culprits in the recent slew of violent attacks on New York metropolitan area Jews turned out to be white supremacists. In fact, all of those identified thus far have been young African Americans from urban neighborhoods — not exactly a demographic bursting with Trump supporters.

Peters isn’t the only leftwing media denizen to have shoot himself in the foot recently with a one-size-fits-all explanation for hate crime. NBC fact checker Erin Biba, for example, recently quit Twitter in shame after arguing that the Hanukkah party stabbing was “massively complicated,” and attempting to blame white supremacy.

Considering Peters has been fixated on discrediting conservative media since 2016, his pin-the-blame-on-the-conservative act on Morning Joe was nothing out of the ordinary. It was just the latest instance of a staunch left-wing journalist trying to justify his belief that right-wing journalists shouldn’t be allowed.