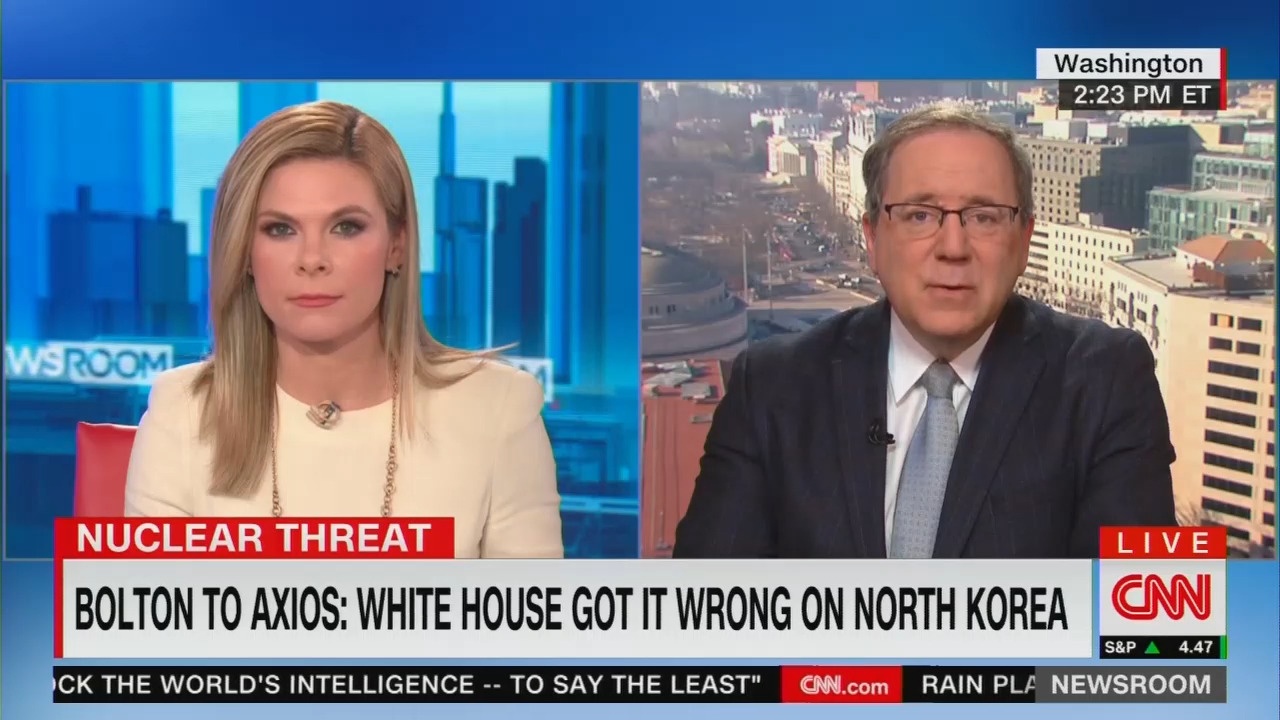 Liberal cable hosts have found an unlikely new cudgel with which to attack President Trump: former National Security Adviser John Bolton, who recently panned the President’s North Korea policy as having “failed.” TV journalists on Monday treated this critique from Bolton as lucid and credible — yet these same networks back in 2018 described Bolton as a “dangerous” advocate for “war with North Korea.”

For those who don’t remember the media-wide freakout when Bolton joined the President’s cabinet in March of 2018 , here’s a refresher:

On the March 22 edition of MSNBC’s Hardball, host Chris Matthews scoffed that Bolton’s appointment was “unbelievable,” adding: “This is bringing in Tojo.”

During that same segment, hysterical New York Times columnist Michelle Goldberg demonstrated that you can say just about anything on live television, so long as you add a vague qualifier like “possibly” or “potentially”: “We are stumbling, possibly, towards an apocalyptic war that will kill millions of people.”

CNN’s Erin Burnett framed Bolton’s policy on March 24 as “Strike first, negotiate later.” A day later, CNN Newsroom host Ana Cabrera speculated whether “Bolton could be a national security risk,” and whether he “could be compromised in some way” by Russia.

Then, in December of 2019, Bolton criticized President Trump. And everything changed.

“Ambassador Bolton is right, you know, there hasn’t been a tough enough approach on North Korea,” opined CNN global affairs analyst David Rhode during the first hour of Monday’s Newsroom.

Sounding the alarm? Who’d have thought that criticizing President Trump was enough to turn Tojo into a whistleblower?

During the 2:00 p.m. Eastern hour on Monday's CNN Newsroom, New York Times national security correspondent (and Goldberg's co-worker) David Sanger empathized with Bolton for having had to work under two Presidents who “were not willing to risk war” with North Korea.

Fill-in host Jessica Dean regarded Bolton’s analysis as settled fact, asking Sanger: “Do you think it’s in the realm of possibility, the White House reversing course, saying they were wrong?”

If, as they claimed back in 2018, the media truly did believe Bolton supported war with North Korea, they ought to have expected Bolton’s critique that the Administration was not exerting “maximum pressure” on the Kim regime. Instead, we now see them giving Bolton’s foreign policy prescriptions friendly coverage, marking a drastic departure from their original position.