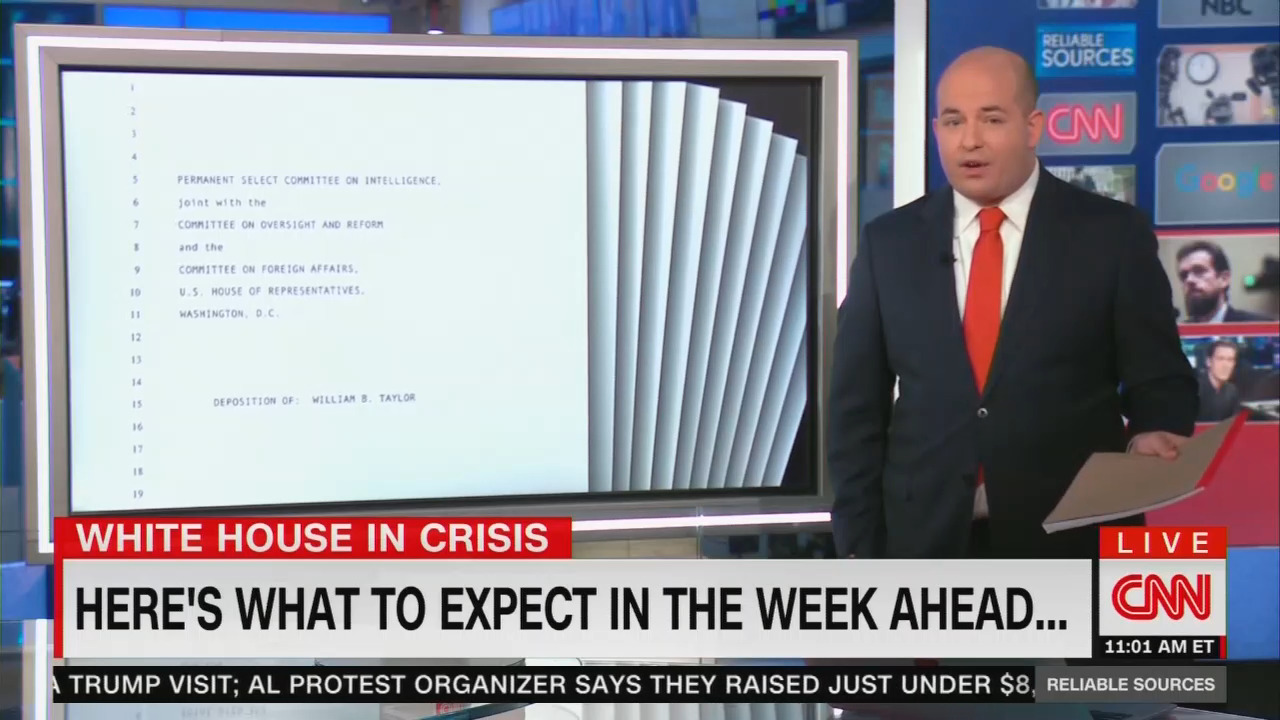 On Sunday CNN’s Reliable Sources, which bills itself as a program about “the media world,” failed to spend even a second of airtime on the week’s biggest media story: the revelation that in 2016, ABC allegedly suppressed a story about convicted serial pedophile Jeffrey Epstein.

Project Veritas and head James O’Keefe recently released a hot mic video of 20/20 co-host Amy Robach complaining how ABC had “quashed” the Epstein story back in 2016. According to Robach, the expose had included an explosive interview with one of Epstein’s alleged victims, who had been in hiding for over a decade. “She told me everything; she had pictures, she had everything,” Robach lamented. “It was unbelievable what we had. Clinton, we had everything.”

Compelling stuff. One might suppose that this scandal merited some attention from CNN’s media self-examination hour.  So why, then, did Reliable Sources refuse to touch this story with a ten foot pole?

It would be irresponsible to speculate without evidence that host Brian Stelter was threatened into turning a blind eye to this incredibly significant scoop. Such speculation would be irresponsible even after Robach herself claimed that Buckingham Palace had threatened ABC into dropping the story back in 2016, in order to conceal Prince Andrew’s alleged sexual abuse of Epstein’s victims.

So let’s not do that. Instead, let’s stick to why it was equally irresponsible for Stelter, CNN’s media guy, to blissfully ignore a media scandal as recent, pertinent, and exigent as this.

For the 328 million Americans who don’t tune in, Reliable Sources bills itself as a media accountability show. The cnn.com summary for the program reads: “Reliable Souces with Brian Stelter examines the media world — telling the story behind the story — how the news gets made.”

One would be hard-pressed to find a term that described this ABC scandal more aptly than “story behind the story.” Here we have a victim of child sex trafficking, who allegedly was prevented from speaking out against her powerful abuser by the very news media who claim to champion the victims of sexual assault.

Furthermore, the staffer who clipped the admission but didn't leak it to Project Veritas was subsequently fired from CBS. That's like red meat for a network like CNN that has been so enamored with whistleblowers and cover-ups as of late.

It isn’t difficult to imagine an alternate reality in which Stelter spent the hour speaking with Amy Robach, James O’Keefe, or maybe even the fired CBS employee. Perhaps Stelter could have done a service to Epstein’s victim — the one whom Robach alleged had been in hiding for 12 years — and finally told the story that ABC refused to tell.

But if Stelter had wanted to include something like that in the November 10 edition of Reliable Sources, he might have had to nix one of the two full segments he spent talking to Anthony Scaramucci. Priorities, folks.