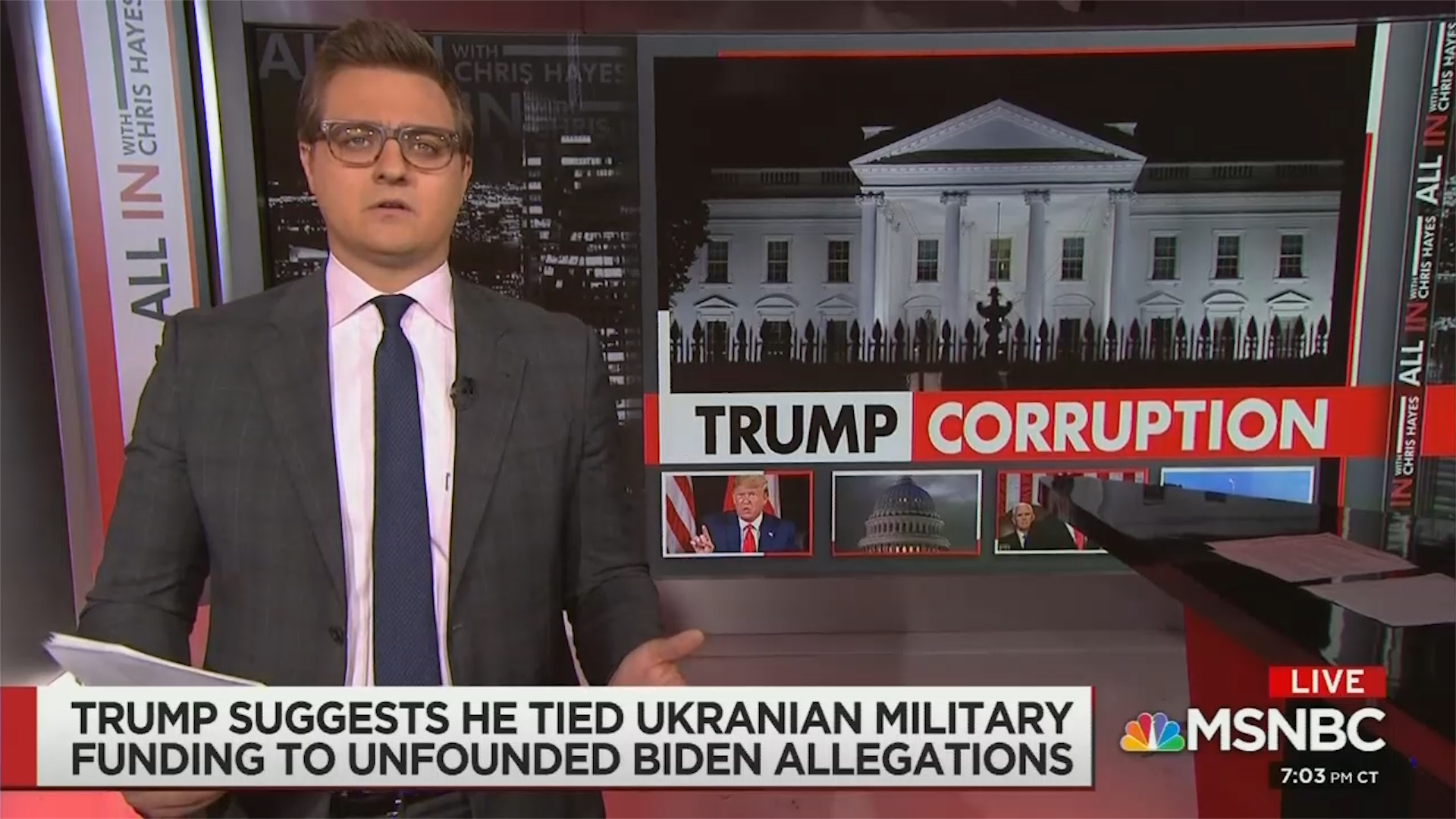 Television journalists these days sound so similar to Democrats on impeachment that it's nearly impossible to tell them apart. Weeks before the impeachment inquiry was even announced, talking heads were passing off Democratic talking points as objective information about the President's alleged wrongdoing.

What follows is a compilation video of some of the liberal media's greatest minds spouting DNC talking points. These journalists have not had their words taken out of context while attempting to summarize the Democrats’ position. Whether or not they they were intentionally regurgitating the words of Democrats, they did so without attributing their words to anyone. Watch below:

It gets worse. On October 3, New York Times columnist Frank Bruni and Politico chief political correspondent Tim Alberta both recited language from a DNC press release, verbatim. Bruni (on CNN Newsroom) and Alberta (on MSNBC’s The 11th Hour) each asserted that Vice President Pence’s professed ignorance about the President’s talks with Ukraine did not “pass the smell test,” — only a day after the DNC published a press release titled,  “Pence is an Accomplice to Trump’s Abuse of Power and his Denials Don’t Pass the Smell Test.”

And just after House Speaker Nancy Pelosi on October 4 alleged that the President had “betrayed” his “oath of office,” NBC political director Chuck Todd voiced the same accusation on the NBC Nightly News as his own personal point of view: “What [Trump] has admitted to in the last 48 hours is essentially violations of his oath to the Constitution.”

Later that evening, MSNBC’s Rachel Maddow sounded alarmingly similar to Adam Schiff when she theorized that “the investigation into the cover-up” might “end up being a whole, separate article of impeachment in terms of obstruction of justice.” That latter charge — obstruction of justice — also received considerable mileage on CNN and MSNBC.

On the October 6 edition of New Day, CNN analyst April Ryan rattled off all of the above charges with the confidence of a Democratic operative: “[This] is obstruction of justice; it’s bribery; demeaning the oath of office; demeaning the office.”

Thanks to the lack of daylight between journalists and Democrats, most cable news broadcasts have begun to sound like de facto DNC press conferences. It’s anybody’s guess why Pelosi hasn’t just hired somebody at CNN or MSNBC to do her public speaking for her.