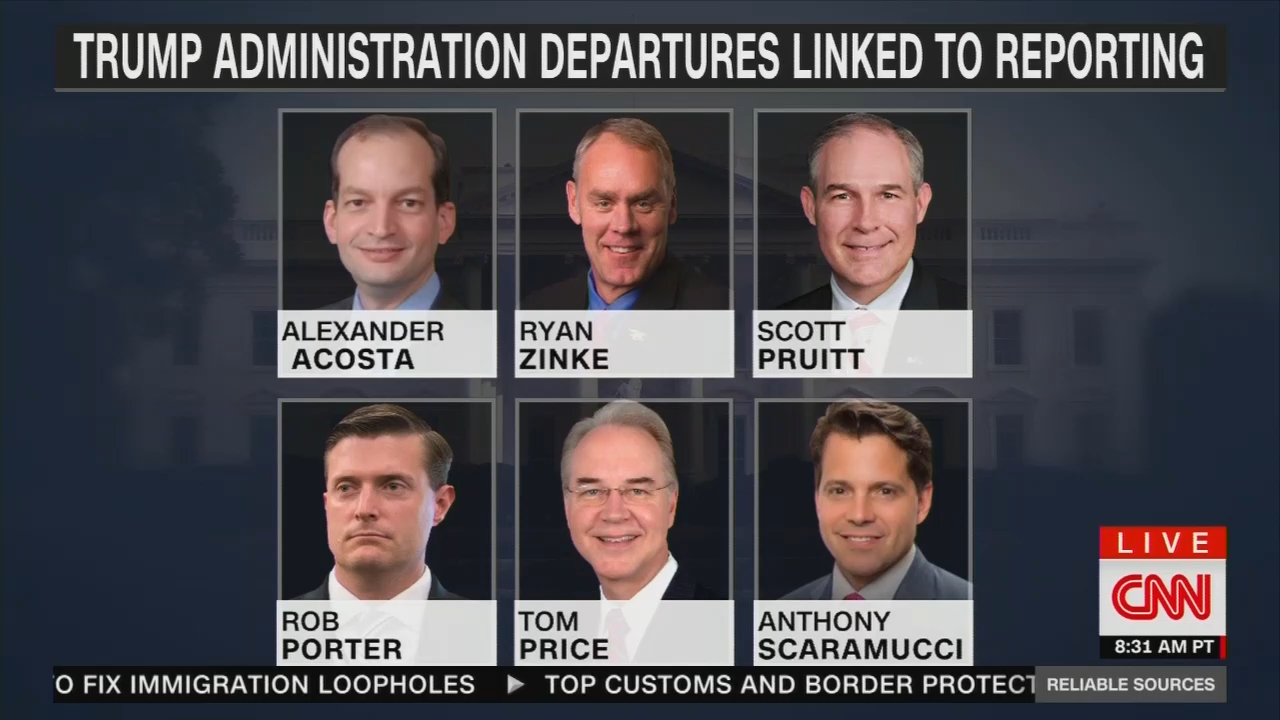 On Sunday, CNN’s Brian Stelter and Phil Mattingly warped the recent sentencing of child abuser and Democratic mega-donor Jeffrey Epstein into a story about (who else?) Donald Trump. Following the resignation of Labor Secretary Alex Acosta — who had come under scrutiny for a shockingly favorable plea deal he had previously granted Epstein as a federal prosecutor — both Stelter and Mattingly brandished Acosta’s resignation as the latest example of instability and high turnover within the White House.

While CNN’s Saturday lineup featured a handful of news briefs about Epstein’s return to prison, by Sunday the serial child trafficker and molester was no longer the centerpiece of CNN’s reporting about his own prosecution. Nor, of course, were his many victims.

In a particularly blinding display of irony, Stelter closed his Reliable Sources segment on Epstein (which was really a segment about Acosta) by opining: “I hope there can be more focus on the victims in this story. That is the focus, that should be the focus.” That brief remark represented all of the time Stelter spent on Epstein’s victims on Sunday.

The rest of the segment resembled a victory dance over the acquisition of the latest Trump administration scalp. This included a graphic which showed, as Stelter put it: “the other Trump officials who also left their jobs in the wake of really important investigative reporting.”

The 8:00 a.m. EDT Inside Politics was the only other CNN Sunday show to mention Epstein all morning. Here, Epstein was merely an afterthought, relegated to a jumping-off point which host Phil Mattingly used to devote an entire segment to Trump official resignations. From there, Mattingly offered to walk viewers “through the magical mystery tour that is President Trump’s cabinet.”

After running a series of statistics proving that the Trump administration did indeed have more turnover than any other recent Presidency, the show featured a panel discussion wherein those present tried their darnedest to make this all sound more important than talking any more about Epstein or his victims. Mattingly ended the discussion with an edifying review of some of the insults President Trump previously had fired off at outgoing cabinet members.

Given how heavily news networks like CNN have focused on Acosta and the Trump administration throughout this scandal, it’s worth asking how much of the media’s renewed interest in Epstein was driven by a desire to paint the saga as the latest black mark on the President’s record.