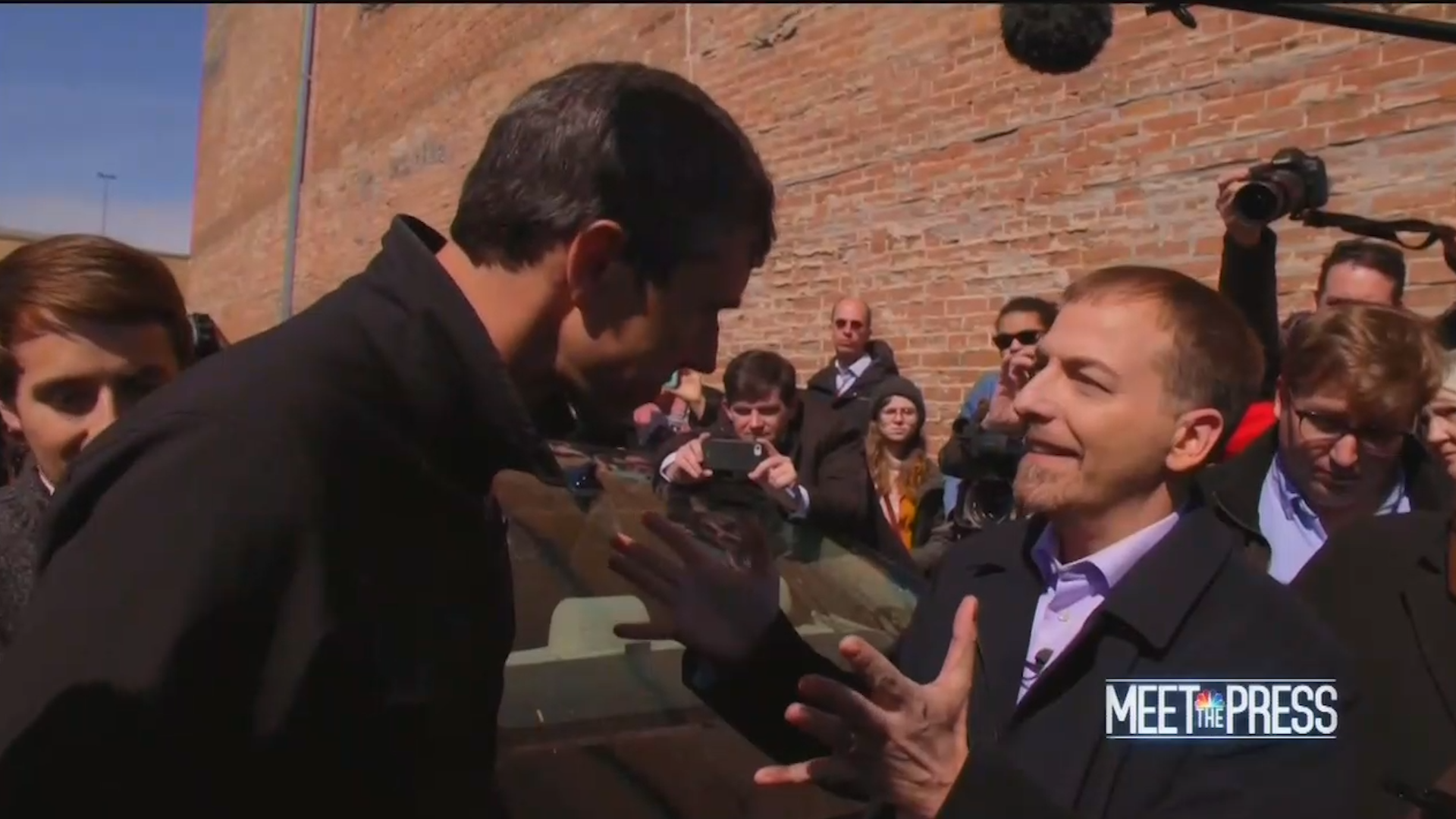 On Sunday, NBC’s Meet The Press will air an interview with President Donald Trump, conducted by the network’s political director, Chuck Todd. While Todd’s interviews with 2020 Democratic contenders have consisted largely of challenges from the left interspersed with the odd softball, Trump is unlikely to receive the same friendly treatment.

When interviewing Democratic candidates, Todd has looked more like a fellow Democrat in the midst of a policy discussion than a member of the press holding a politician to account. For example, Senator Amy Klobuchar (D-MN) received the following question during the March 17 edition of Meet The Press: “How important do you think it is for the Democratic Party to make sure they nominate somebody that isn’t a white male?”

On April 7, Todd gently chastised South Bend, IN Mayor Buttigieg for permitting Immigration and Customs officials to operate in his city: “I know it’s illegal to be a sanctuary city in Indiana, but Gary [another Indiana city] has pushed the envelope; why haven’t you?”

He later invited Buttigieg to opine that the Supreme Court might be wrong in its interpretation of the right to bear arms: “Do you think the Second Amendment as it’s written prevents gun control the way the Supreme Court says it was?”

When he wasn’t pressing candidates from the left, Todd lobbed softballs. On March 17, Todd asked former Senate candidate Robert “Beto” O’Rourke: “Give me three or four books that you read that would say, ‘You know what, if you read those books you’ll get an idea of how I think.’”

If Todd’s aim is to be even-handed in his handling of 2020 candidates, he will have to be very gentle indeed with Trump given his treatment thus far of the Democratic contenders.