UPDATE, 8:25 p.m. Eastern: In the hours since this article was first published, NBC Nightly News answered the call and stepped to the plate in covering the brutal violence against at least 12 people and the allegations of murder against illegal immigrant Bill Chemirmir. The one-minute-and-31-second story opened the newscast's B-block with correspondent Gabe Gutierrez mentioning the suspect's immigration status roughly 38 seconds into the story. 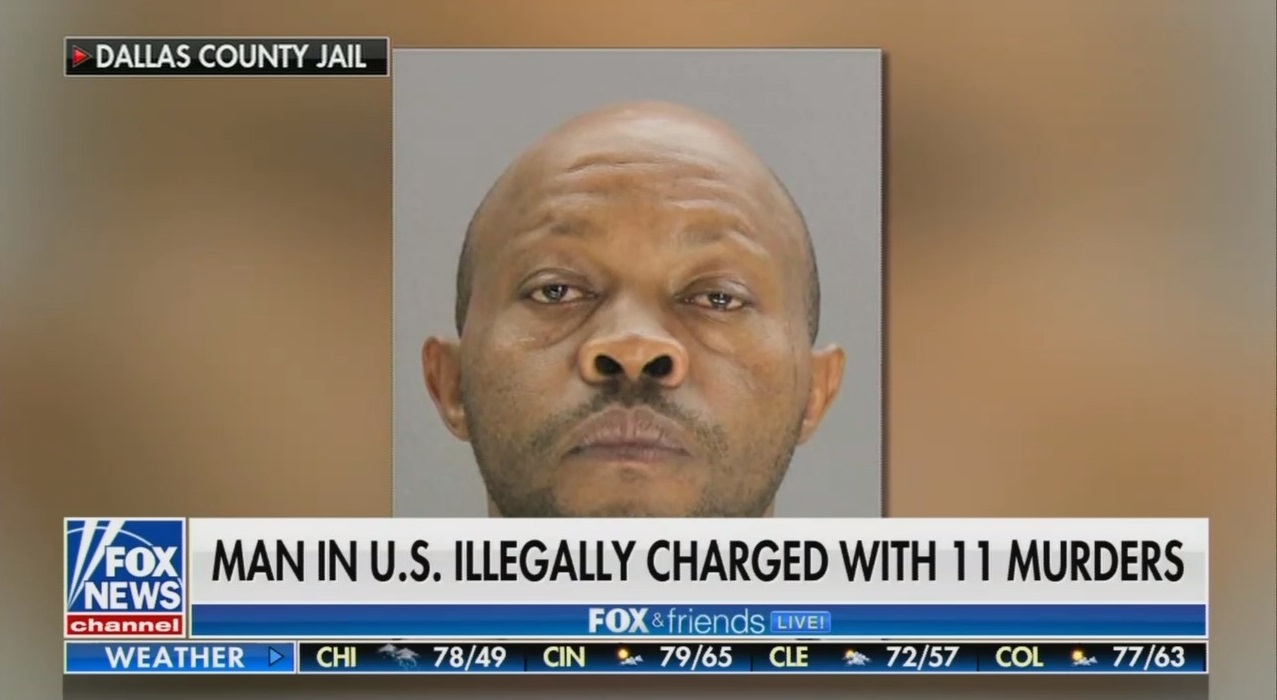 Back in January, the MRC noted that broadcast networks had ignored completely the story of an illegal immigrant suspected of murdering multiple elderly Texas residents. That same man has since become an accused serial killer with at least 12 alleged victims, yet the networks continue to conceal the story from their viewers.

The Dallas Morning News reported on Wednesday that Billy Chemirmir of Kenya “was indicted Tuesday in the deaths of six Dallas County women,” and an additional five capital murder counts in Collin County, Texas. Other print media, such as the Associated Press and the New York Post, picked up the story the following day.

Yet as with Chemirmir’s initial indictments back in 2018, broadcast networks ABC, CBS, and NBC still have not breathed a word about this story in their flagship morning or evening news shows.

The Kenyan national, who has been living in the U.S. illegally since at least 2010, is also accused of two counts of attempted murder. All of Chemirmir’s victims have been elderly women, at least three of whom were over 90 years old when he allegedly suffocated them to death.

One of Chemirmir's victims alleged that he broke into her apartment and knocked her to the ground. He then reportedly held a pillow over the 93-year-old woman's face until she lost consciousness, while telling her to “go to bed. Don't fight me.”

Although the Dallas Morning News has published two articles since Wednesday about the alleged serial killer, neither piece made reference to his status as an illegal alien. One of the reports identified Chemirmir as a citizen of Kenya. Both the AP and the New York Post did include this detail.

Considering this story has been unfolding since 2018 (with the latest devlopments having been made public on Wednesday), the broadcast networks’ continued lack of coverage looks more like deliberate censorship than mere oversight. It remains to be seen how long their viewers will be kept in the dark about this alleged serial killer living in the United States illegally.