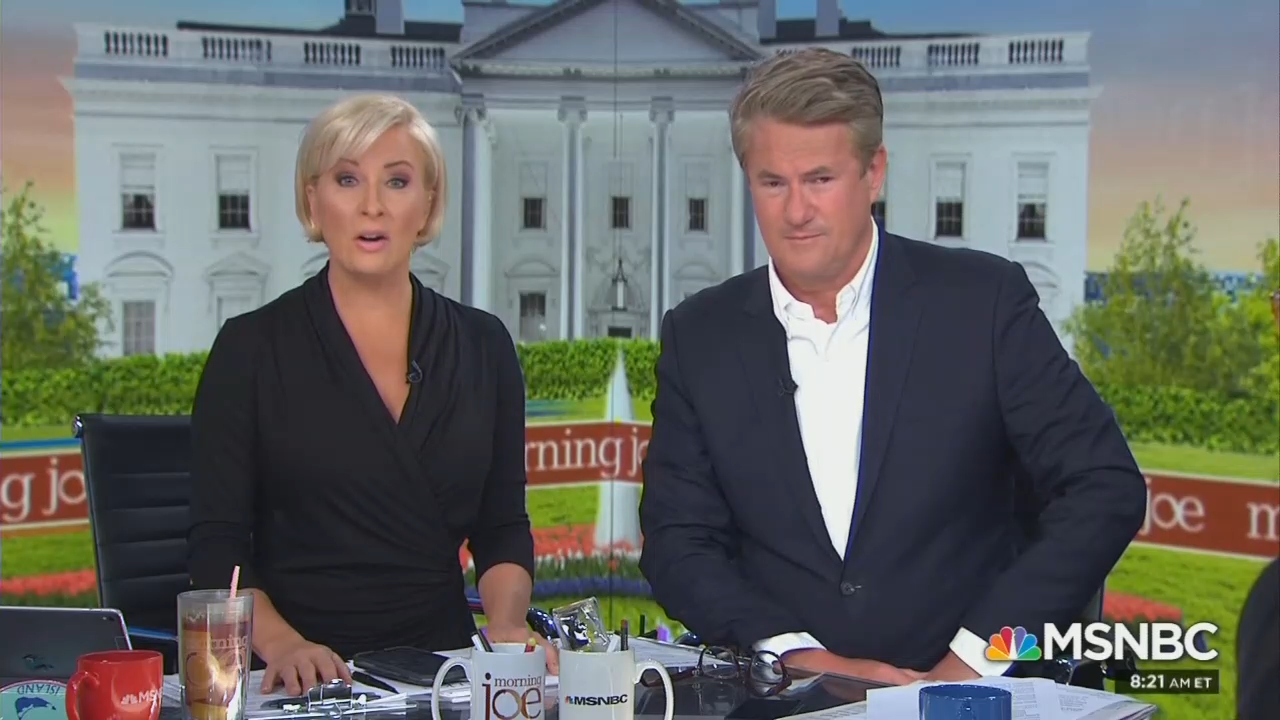 Evidently Democrats need only utter the words "constitutional crisis" for the media to report it as fact.

Watch cable “news” these days, and you’ll surely see talking heads parroting the Democratic line that the Trump administration’s noncompliance with House Committee subpoenas amounts to a constitutional crisis. While a small handful of analysts and guest legal scholars disagree, TV hosts continue to push the idea uncritically, with some even urging the alleged crisis be used as grounds for impeachment.

MRC analysts looked at all coverage on broadcast (ABC, CBS, NBC) and liberal cable (CNN, MSNBC) networks from May 8 to 12, finding 386 utterances of the term “constitutional crisis” by hosts, analysts, or guest journalists. This count did not include cases in which the term was used by political partisans, such as members of Congress, former administration officials, or Democratic and Republican strategists.

Watch the video below for a glimpse at the media’s breathless coverage of the supposed “constitutional crisis”:

After House Judiciary Chairman Nadler and House Speaker Nancy Pelosi alleged the existence of a constitutional crisis, cable hosts quickly treated their declarations as established fact. On May 8, the same day that Nadler first used the term, CNN’s Don Lemon began his show with the grandiose proclamation: “Ever wonder what a constitutional crisis looks like? Well, open your eyes.”

Others kept their powder dry until Pelosi repeated Nadler’s words the following morning. For example, on May 11, MSNBC’s David Gura kicked off his show with the line: “Constitutional crisis is no longer a hypothetical.”

Just hours after Nadler’s claim, a few impatient reporters were already pushing for impeachment. “If we are in a constitutional crisis, why not pursue impeachment; why are you resisting?” CNN senior Congressional correspondent Manu Raju asked during the 6 pm EDT hour of The Situation Room, May 8.

On May 10, CNN’s Erin Burnett asked indignantly: “If this is a constitutional crisis, how can Democrats not move forward with impeachment hearings?”

Despite all the hubbub from journalists, some lawyers and analysts were unconvinced that the Democrats’ claims rose beyond the level of political rhetoric. The most prominent example was former FBI Director James Comey, who disappointed Anderson Cooper at a CNN town hall event on May 9. “Are we in a constitutional crisis as Jerry Nadler and House Speaker Nancy Pelosi say we are?” Cooper inquired, to which Comey replied, “I actually don’t think so.”

CNN correspondent Laura Jarrett was also unconvinced: “For Nadler to say we’re in a constitutional crisis? Well, we’re not. The courts haven’t even intervened yet,” she argued during the May 8 edition of The Situation Room.

But these disagreements were confined to panel discussions (or in Comey’s case, special coverage). Meanwhile, CNN and MSNBC’s regular reporting has included no mention of the critics who disagree that such a crisis exists. Instead they've continued merrily along with their breathless reporting of the “constitutional crisis” they’ve been agitating since Trump took office.