Updated: Media Mention The I-Word 363 Times in One Day 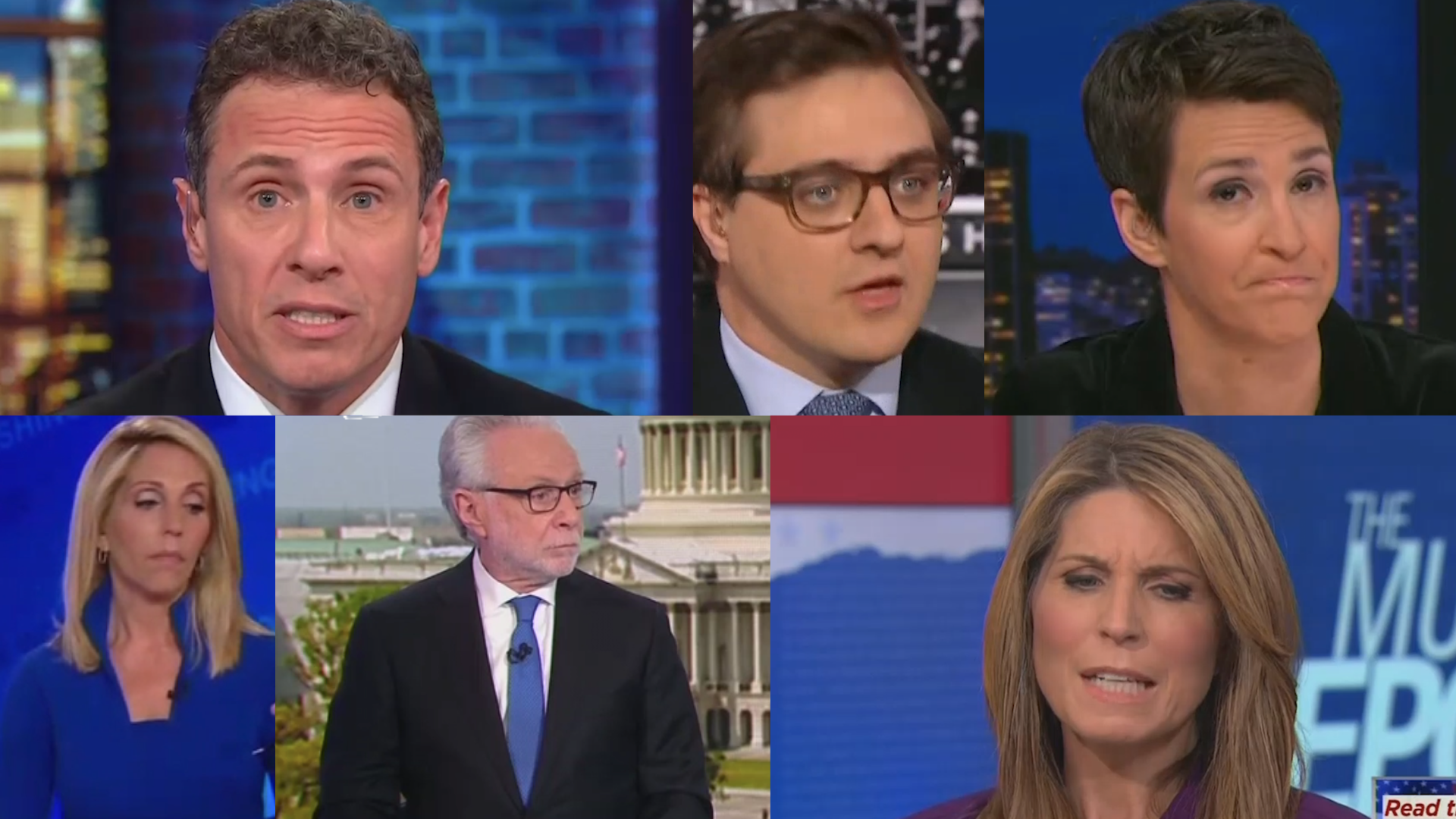 Update: A previous version of this study looked only at the 18 hours of regular daily programming from 11:00 a.m EDT on April 18 to the same time the following day, thus excluding any coverage that took place between midnight and 6:00 a.m. EDT Friday morning. The new total includes all 24 hours of coverage.

Although the Mueller report did not recommend any charges against the President, liberal journalists on cable and broadcast networks spent Thursday suggesting to audiences that impeachment was imminent, if not inevitable. Throughout Thursday afternoon and Friday morning, liberal talking heads on cable and broadcast news networks mentioned impeachment an astonishing 309 times during their coverage the of the newly-released Mueller report.

MRC analysts examined a 24-hour span of coverage on liberal cable (CNN, MSNBC) and broadcast (ABC, CBS, NBC) networks, from 11:00 a.m. EDT on Thursday to the same time the following day, for every instance where the term “impeachment” — or some permutation thereof — was used by hosts, analysts, or contributors. In total, the word came up 363 times, with the vast majority (336) coming from cable networks CNN (198) and MSNBC (138).

Those numbers did not include cases in which the term was uttered by politicians or other explicitly partisan actors, such as Trump attorney Jay Sekulow.

Watch the video below for a sample of the media's impeachment obsession:

CNN’s Wolf Blitzer and MSNBC’s Lawrence O’Donnell were particularly keen on discussing the prospect of impeachment. The term appeared a whopping 34 times during the one-hour The Last Word with Lawrence O'Donnell. Interestingly, journalists also mentioned impeachment 34 times on Blitzer’s The Situation Room, but over the course of two hours, between 5:00 and 7:00 p.m. EDT.

By the early afternoon, numerous pundits had begun referring to the Mueller report as “a road map for impeachment.” CNN’s Dana Bash used that catch phrase twice during the 12:00 p.m. EDT hour: “What he did here, as Pamela just laid out, is a road map, a ten-episode road map for really serious consideration for impeachment.” Hours later, MSNBC’s Chris Hayes opened his show with the same terminology.

During MSNBC’s live coverage following Attorney General William Barr’s Thursday press briefing, co-host Nicolle Wallace was hopeful that congressional Democrats would reconsider the possibility of impeaching the President: “This conduct is as sort of impeachable-looking, if you put it in a time capsule, as Nixon’s conduct.” Wallace later repeatedly asked Democratic Congressman Eric Swalwell (CA) about the likelihood of the House beginning the impeachment process.

That evening on MSNBC, Hardball host Chris Matthews was similarly eager for proceedings to start:

Congress has got to decide if they think impeachment is the right thing to do, and then think about the politics. If they think of the politics first, they’re probably not going to do it, and Trump’s gonna walk.

For their part, congressional Democrats did not appear keen on discussing impeachment. The closest any member of that party came to actually endorsing the idea on Thursday was when House Judiciary Committee Chairman Jerry Nadler was asked about the option during a press conference: “That’s one possibility. There are others.”

Yet journalists were not discouraged by the Democrats’ reticence to discuss removing the President from office. Given the media’s obsession with impeachment — even after Mueller found no collusion and declined to prosecute on obstruction — one has to wonder whether they’re even reading the same report as the rest of us.