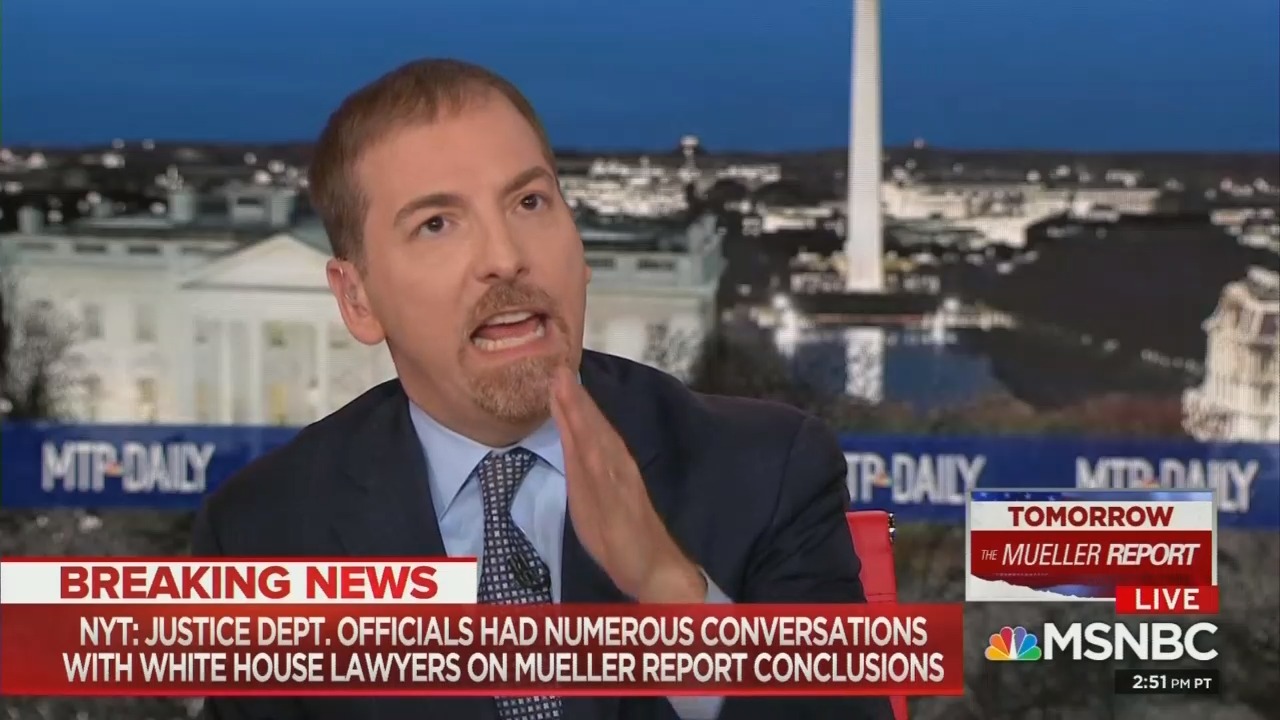 The bar for “collusion” just keeps getting lower. According to MSNBC political director Chuck Todd, an Attorney General briefing his own President about a soon-to-be-released report now meets the standard.

On Wednesday’s MTP Daily, Todd and former RNC chairman Michael Steele were incensed by a New York Times report that Justice Department lawyers had spoken to President Trump about the Mueller report prior to its release. “With respect to the breaking New York Times story,” Steele began, “the only collusion here is colluding on what they’re going to say.”

“This is actual collusion,” Todd interjected excitedly. He continued:

Steele agreed: “This is collusion. This is it.”

Things continued like this until NBC Capitol Hill reporter Leigh Ann Caldwell stepped in to put the kibosh on Todd and Steele’s melodrama. “There is a group of people – there’s people who do believe that the Attorney General also does work for the President,” she gently reminded Todd.

“He does,” Todd admitted. Perhaps sensing that he’d gotten ahead of himself, the MSNBC clarified: “Bill Barr is not legally in somehow crazy uncharted territory. The Attorney General works for the President.”

If Todd believes that a federal appointee reporting to the chief executive meets the standard for “collusion,” that’s more a condemnation of his own thinking than it is of the Attorney General’s behavior.