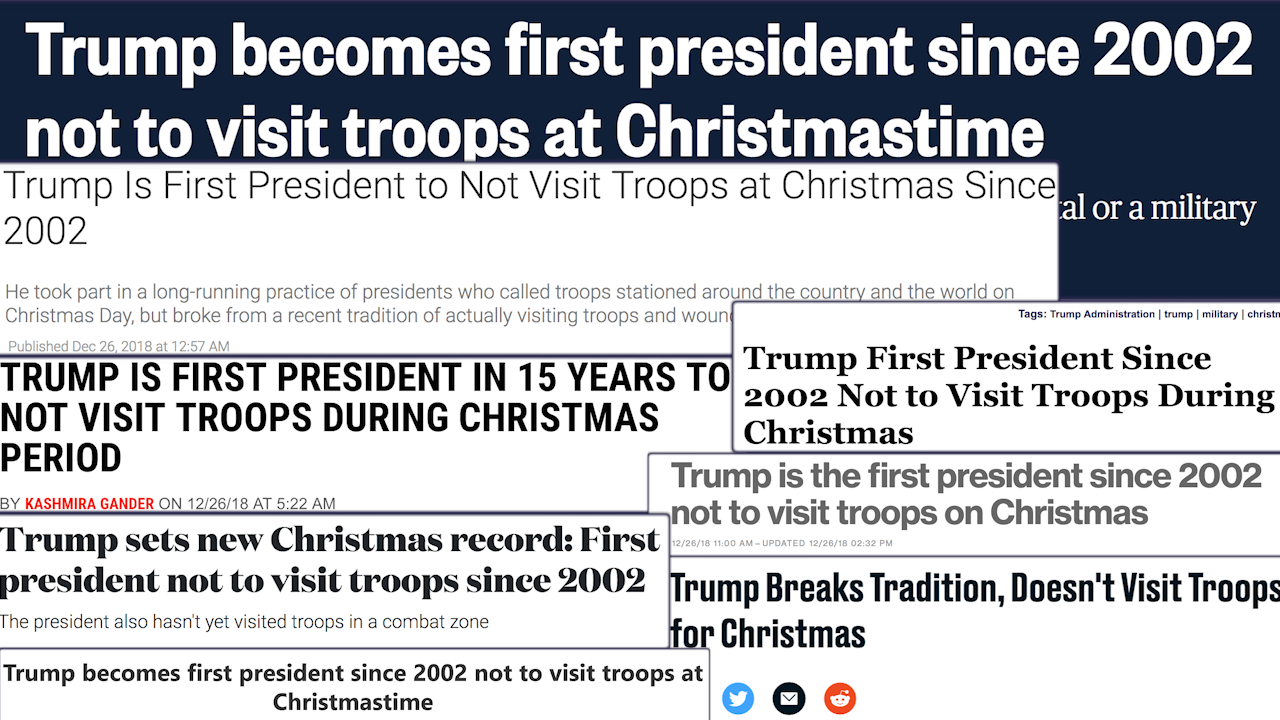 Overnight on Christmas and into the morning of December 26, a bevy of news websites published articles pronouncing that Donald Trump was the first President since 2002 not to visit U.S. military troops over the Christmas holiday. Shortly thereafter, on the 26th, White House Press Secretary Sarah Huckabee Sanders announced that the President and First Lady had touched down in Iraq, and thus that bevy of news websites frantically began editing their headlines.

NBC broke the "news" on Christmas day with a 4:13 p.m. EST piece entitled, “Trump becomes first president since 2002 not to visit troops at Christmastime.” That article inspired a deluge of similar headlines by prominent news outlets such as The Hill, Newsweek, and Salon.com, all of whom were eager to join in pointing and scoffing at the President’s apparent break with tradition. 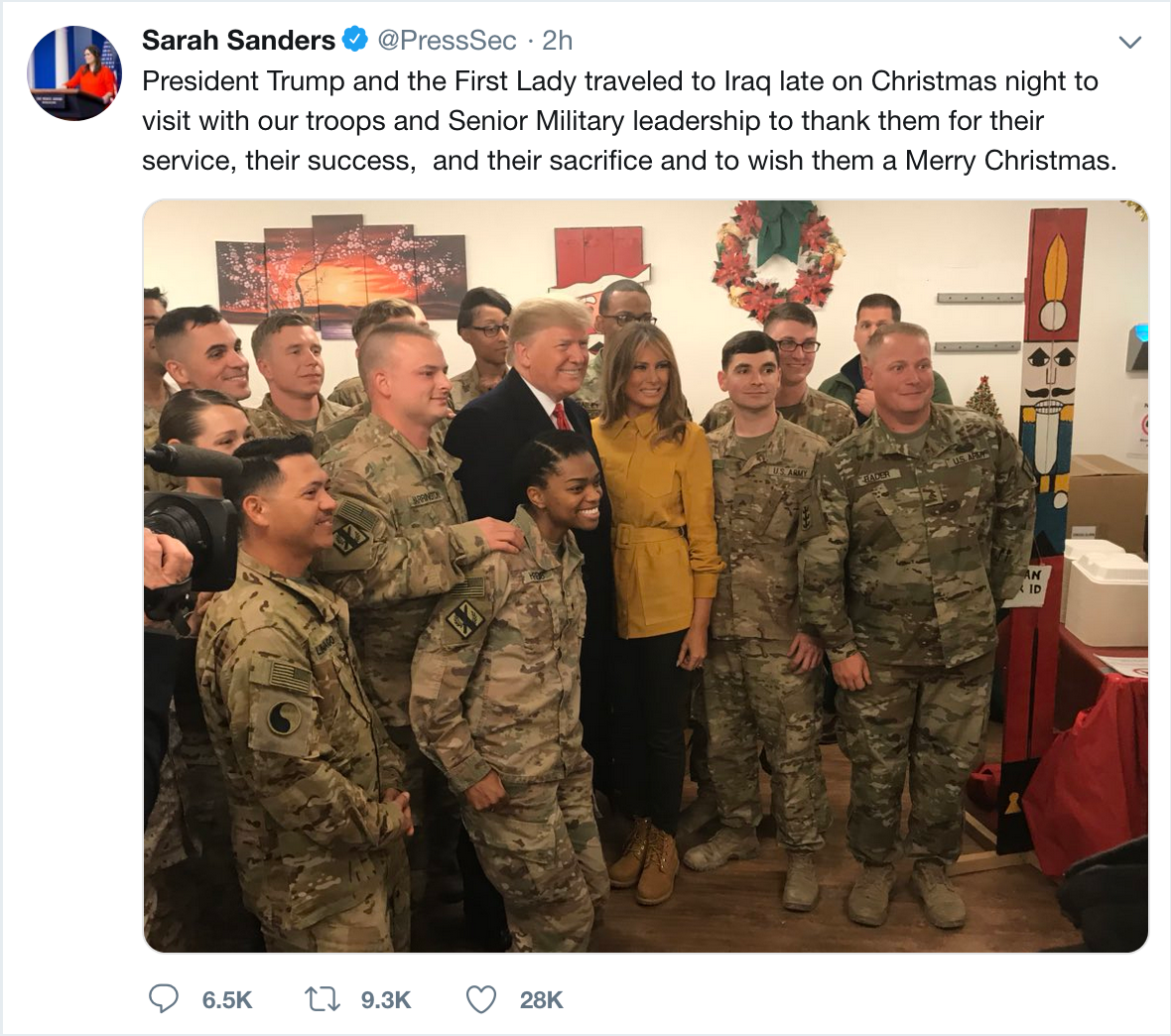 Shortly after the news had been confirmed, broadcast networks ABC, CBS, and NBC interrupted their regular programming to announce the President's visit. NBC’s special broadcast made no mention of their now-erroneous web article, though that piece was promptly updated.

As their headlines morphed into fake news before their eyes, other news sites followed suit. However, as of the publication of this post, the likes of Newsweek, Newsmax, and MSN News, among others, still have yet to correct their initial (and now false) reporting.