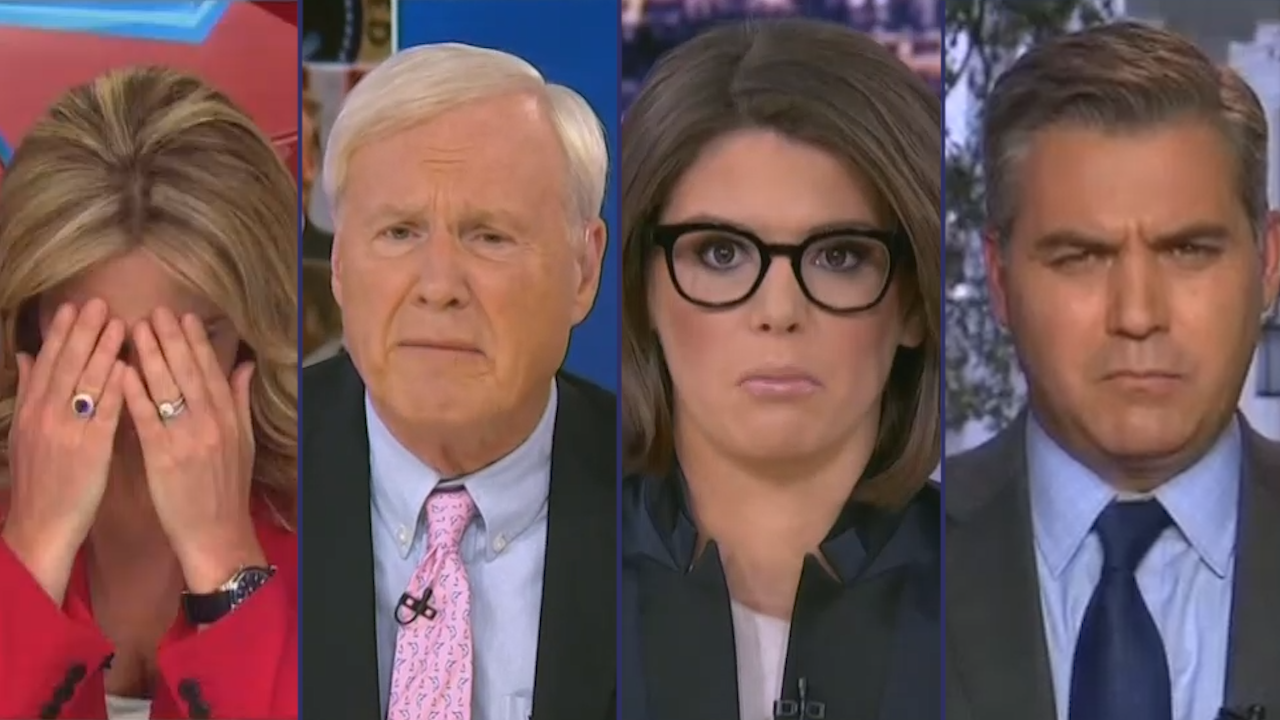 Liberal cable news outlets were outraged over the weekend when Republicans condemned the thuggish behavior of leftwing protesters and political groups repeatedly attempting to disrupt the confirmation of Justice Kavanaugh. CNN and MSNBC hosts urgently rushed to defend the throngs of activists, in a melodramatic panic over the newest addition to the GOP leadership’s lexicon: “mob.”

By Sunday morning, both cable outlets had assembled compilation videos of Republican politicians calling the rabid street opposition to Kavanaugh “a mob.” Between October 7 and 9, MSNBC ran 11 such compilation videos; CNN played five during that same window.

Show hosts, contributors, and commentators wrung their hands endlessly over the prevalence of "mob" comparisons by conservative politicians. See the video compilation below for some of the most noteworthy and enertaining reactions:

CNN’s Brooke Baldwin bristled when Daily Beast columnist Matt Lewis used the term in reference to a group of leftwing protesters who chased Senator Ted Cruz (R-TX) out of a restaurant. “Oh, you’re not gonna use the mob word here,” the CNN Newsroom host snapped. When Lewis defended his use of word, Baldwin became too flustered to respond and buried her head in her hands.

Lemon began his Tuesday show with a soliloquy about the inappropriateness of the word: “People who are voicing their opinion about something that they don't believe in or that they think is bad for them is how the government – how the country works. That's not a mob.”

It was only a matter of time until somebody on the network broke Godwin’s Law, and on October 9, Huffington Post senior political reporter Laura Bassett stepped up to the plate on MSNBC Live: “I think it’s really interesting that Donald Trump is calling liberals the angry, dangerous mob. And this is actually a tactic that Hitler used.”

Historically, the leftwing media have sung a very different tune whenever conservatives have had the temerity to engage in public petition and assembly. Below are some instances in which liberal journalists have used the same term that today elicits such horror from their contemporaries:

“Sometimes it is propaganda, but mostly it's the hot wind of a mob all shouting into each other's faces.”
– Ellen Hume, former Wall Street Journal reporter, during a National Press Foundation session on Whitewater, April 19, 1994.

“What do you call a crazed group of people that disrupts a meeting on health care and hangs the congressman holding it in effigy? A mob....One can only hope that this effort at organized intimidation doesn't escalate.”
– Bob Franken, former CNN reporter, article on AOL’s “Politics Daily” site, August 7, 2009.

“How curious that a mob fond of likening President Obama to Hitler knows so little about history that it doesn't recognize its own small-scale mimicry of Kristallnacht.”
– Frank Rich, The New York Times, March 28, 2010.