Ruhle: Kavanaugh Was ‘Lying Over and Over’, ‘All Afternoon’ 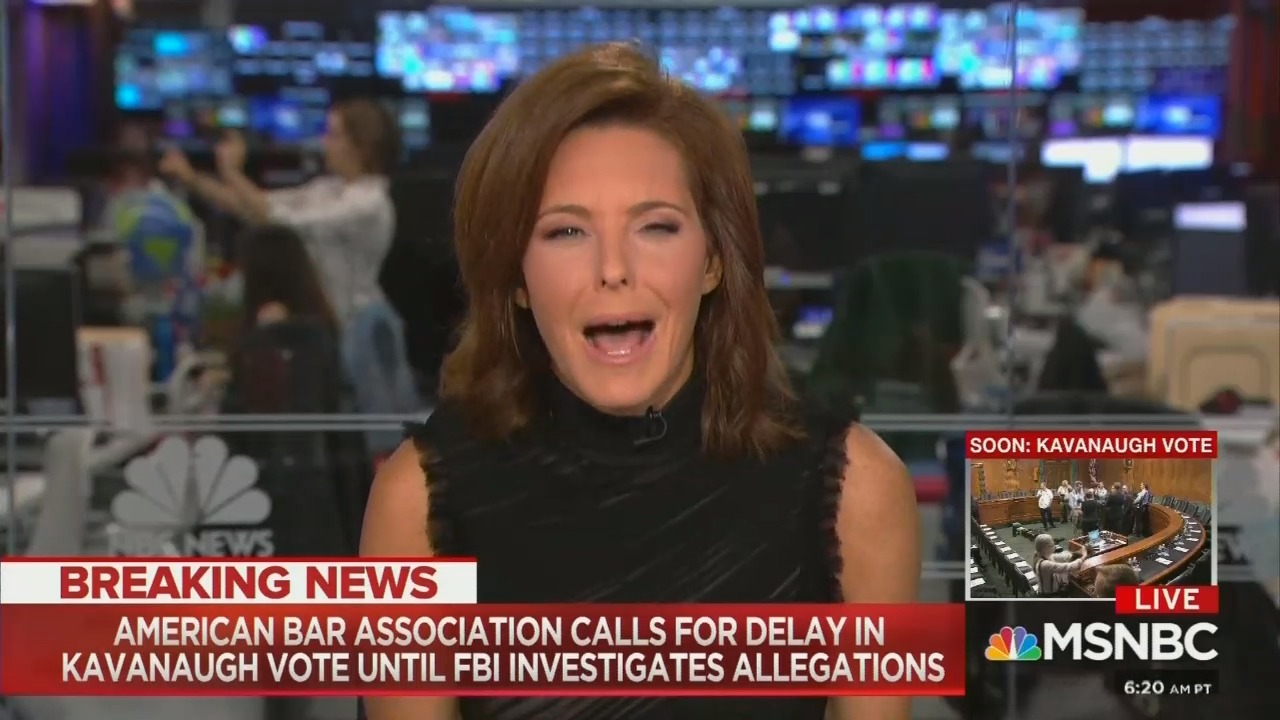 With the Judiciary Committee's vote now pending on Judge Brett Kavanaugh, MSNBC’s Stephanie Ruhle ramped up her attacks on the nominee, even going so far as to accuse him of repeatedly lying under oath.

Ruhe’s 9 a.m. ET show consisted of a predictably partisan panel discussion, with the primary focus being – of course – an FBI investigation.

“Go back and do this federal background check,” demanded guest panelist Joel Benenson, a former Obama strategist. “Let’s put every question to rest. He’s not saying it; he will not say it,” he complained.

“That’s what makes no sense to me,” Ruhle agreed. The MSNBC host then went on to accuse Kavanaugh of lying under oath, which is a felony:

“But the – all afternoon, the little lies, lying over and over about his yearbook page made absolutely no sense. It was just so many unanswered questions.”

Does Stephanie Ruhle know something we don’t? Considering the weight of the charge, let’s hope so.