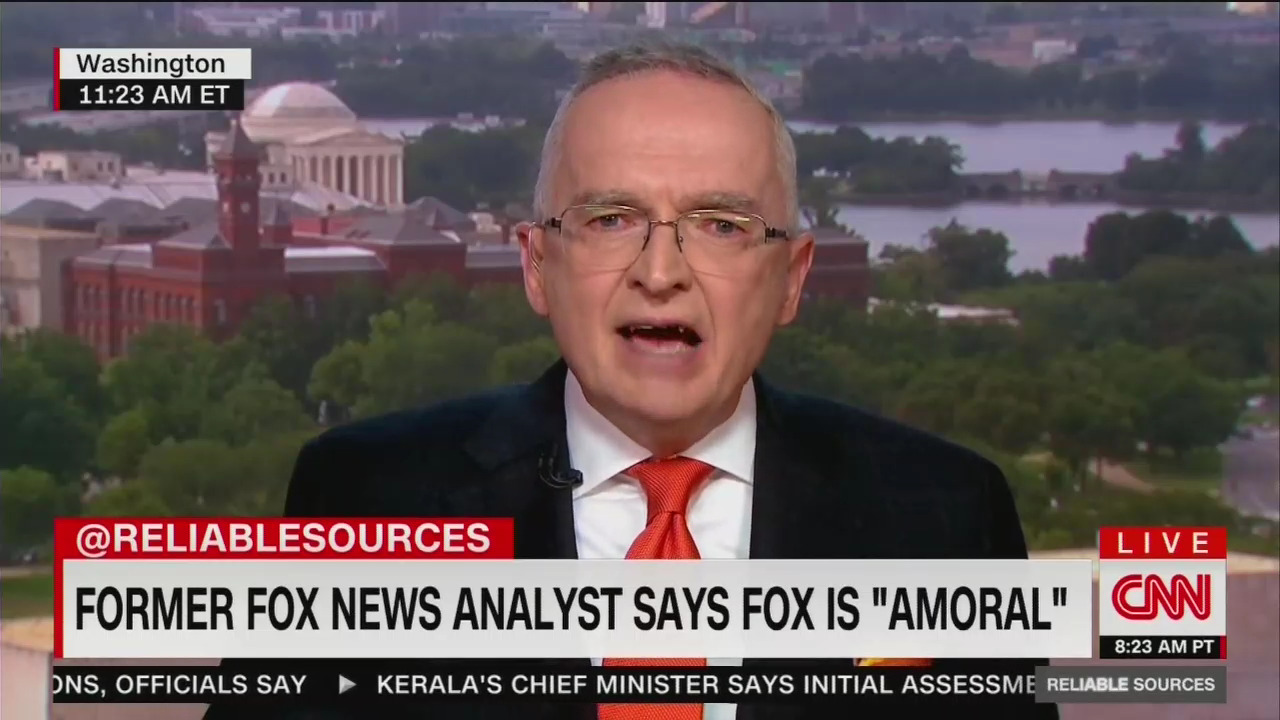 Peters began the conversation with the self-congratulatory remark that “we all have to do our part to end these dreadful, dreadful days in Washington.”

“What is the most dreadful part about it for you?” Stelter inquired. Peters responded by bashing Trump as “an un-American President who really doesn’t seem to like America very much,” and who “appears to be enthralled to a foreign power — a hostile foreign power.”

Stelter then steered the conversation towards Fox News, reminiscing that Peters had previously called the outlet “a destructive propaganda machine” upon resigning from the network. “Are they partly at fault for propping up Trump?” the CNN host inquired.

“Of course,” came the reply: "Fox isn't immoral, it's amoral. It was opportunistic... People that only listen to Fox have an utterly skewed view of reality."

Peters later added that his former emplyers were "prostitutes." He soon shifted his aim from Fox to their viewers — namely, Trump’s supporters:

The people supporting Trump are radicals, these couch-potato anarchists. They’re people that don’t have a program to make America great again. And by the way, America’s great right now. Rather, they’re destructive. They want to tear things down. They want vengeance. And Trump is brilliant at that. He’s done what autocrats and charlatans and false messiahs throughout history have done. He’s told his core supporters, “You are not to blame. You are not to blame for the mistakes you’ve made. You are not to blame for your failures. It’s them. It’s minorities; it’s immigrants; it’s fake news.”

Peters’s solution was as nebulous and platitudinous as the issues he’d identified: “Good men and women have to fight for this country,” he offered sagely.

Recall that this is the same Lt. Col. Peters who was suspended from Fox news in 2015 for calling then-president Obama “a total p***y” on live television. For all of Peters’s complaints about “opportunists,” it’s difficult to imagine a more appropriate word than “opportunistic” to describe his own transition from a harcore anti-Obama pundit on Fox to a rabid anti-Trumper on CNN.

UPDATE: Previous statement from Fox News: "Ralph Peters is entitled to his opinion despite the fact that he’s choosing to use it as a weapon in order to gain attention."