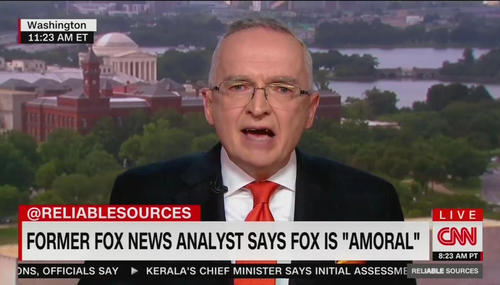 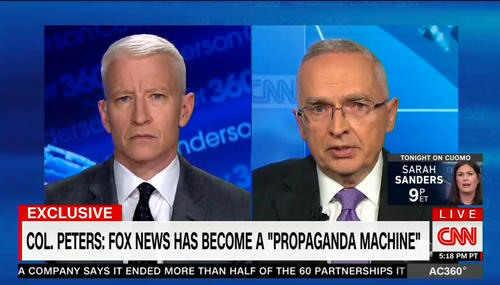 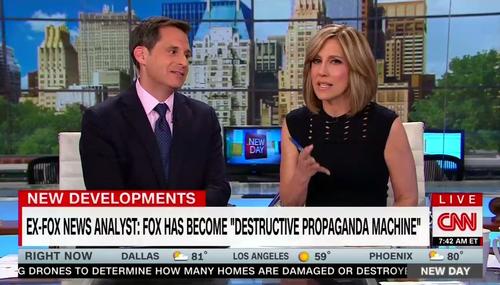 Peter Sifre
June 7th, 2018 1:47 PM
On Thursday’s edition of CNN’s New Day, co-hosts John Berman and Alisyn Camerota “reported” on an interview that Anderson Cooper conducted the night before with former Fox News contributor, Lt. Colonel Ralph Peters. There, Peters laid out his grievances with Fox News that lead to his decisions to leave the network to the approval of CNN and their anti-Fox obsession.

Brad Wilmouth
May 27th, 2010 7:37 AM
On Tuesday’s The O’Reilly Factor, host Bill O’Reilly held a discussion with FNC Strategic Analyst and retired Lieutenant Colonel Ralph Peters about the New York Times leaking information on U.S. military activity, as Peters charged that the Times was endangering covert agents: "They tipped our secret operations, our black operations approach to the Iranians, to the Syrians, to the terrorists. It…