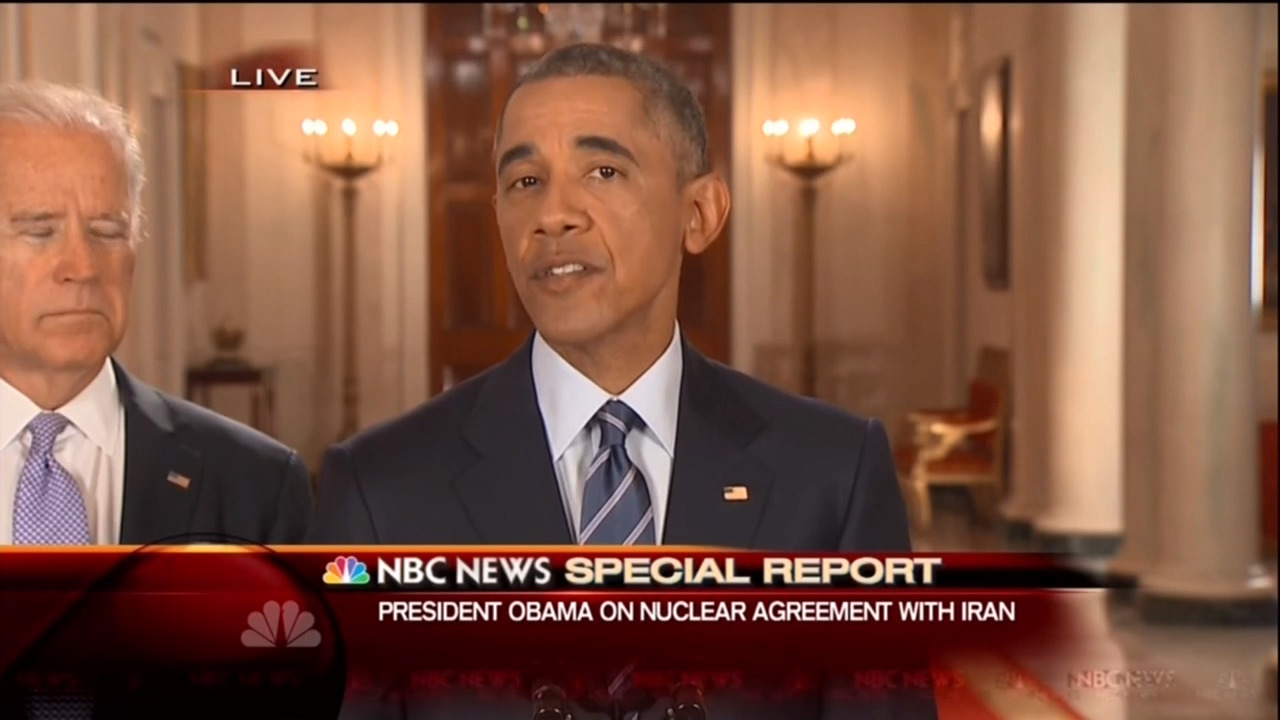 Even before President Trump’s announcement on Tuesday that the U.S. would be backing out of the Iran nuclear deal, the press had begun mounting an anxious defense of the agreement. It’s no secret that the Obama-era treaty has been a foreign policy favorite among many in the media, and the same was true back when it was first negotiated in 2015.

On the day President Obama announced the deal to the American people, the press were riding high. Just moments before the President addressed the nation on July 14, 2015, NBC’s Chris Jansing gushed: “This is a major victory for him, there is no doubt about that.” Later that night, MSNBC’s Rachel Maddow had this to say:

We don’t know if the Iran deal is going to work. If it does, it will be the major foreign policy achievement, not only of this presidency, but of this American generation. At which point, people in the not-too-distant future will look back at this presidency, they’ll look back at this President and they’ll say, "Of course they gave him the Nobel Peace Prize. Of course they did.”

Two days later on July 16, longtime CBS producer Dick Meyer penned an adoring editorial to the President, entitled “Mr. President, on behalf of an ungrateful nation, thank you.” In it, Meyer made the following assessment about the deal:

What cannot be in dispute is this was a momentous initiative, a gutsy political risk, a diplomatic success and, potentially, a giant step in defusing a long-ticking time bomb.

Much to the chagrin of the press, some Republicans continued to criticize the deal. On July 23, MSNBC’s Chris Matthews defended the deal on his evening show, Hardball. Perturbed by Senator Marco Rubio’s harsh remarks about the deal that President Obama had secured, he postulated:

You know, I wonder whether it's even legal or diplomatically acceptable, yes or no, for somebody running for president, who has a shot at the presidency, basically writing foreign policy, to undermine the current president, who's the only president we have.

If Republican criticism of the deal was bad, then Democratic criticism was horrifying. On August 11 of that same year, Morning Joe co-host Mika Brzezinski lost her cool after Democratic Senator Chuck Schumer came out in opposition to the deal and suggested that it be renegotiated. While arguing with Weekly Standard editor and then-MSNBC contributor Bill Kristol, she offered the following assessment:

I mean, restarting talks with Iran? That’s ludicrous... you guys know this would be calamitous for our reputation and for the White House if all of a sudden they just said, ‘Oh, forget it, let’s just not do it.’ That’s crazy. Come on!

If nothing else, the media have at least been consistent on this issue; they were for the deal in 2015, and they’re for it today.