How about Chris Matthews? He is an aggressive bean counter when it comes to the number of blacks at Tea Parties—as if the Tea Partiers can control who shows up at their rallies.

Blacks as a group are overwhelmingly one-party voters. Jews have more Republicans. As a result, any group that espouses Republican principles obviously isn’t going to have a lot of black people—although probably more than the schools Chris Matthews’s children attended. 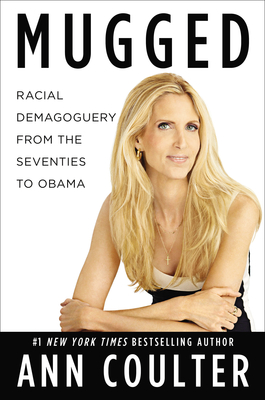 While living cheek-by-jowl with the nation’s capital, which happens to be a majority black city, Matthews’s kids managed to go to schools that are probably about 3 percent black. When Matthews had an opportunity to associate with blacks by sending his children to public schools, he chose not to. His obsession with race is all about self-congratulation. As Ralph Waldo Emerson said: “The louder he talked of his honor, the faster we counted our spoons.”

This is New-York-Times-Charlie-Rose-PBS thinking. We’re not racist, they are. This pompous self-perception allows liberals to be offensively, self-righteously preening in the positions they take, such as demanding school busing for other people but sending their own kids to private schools.

If we attended a party at the Matthews home in Chevy Chase, Maryland, how many blacks would we see? Could we at least wave to the black neighbors? The New York Times write-up of his son’s wedding included a panoramic shot of the church, showing nearly a hundred guests. Not one of them is black. You may check for yourself here: http://www.nytimes.com/2010/04/04/fashion/weddings/04vows.html?pagewanted=all.

A Republican saddled with the facts of Matthews’s life would be convicted of racism in five minutes.

No one is required to be a friend to someone else because it’s good for society, and people should be able to hire anyone they please. But you better have your own house in order if you’re going to run around accusing everyone else of racism based on a dearth of black associates.

Like Matthews, New York Times columnist Tom Wicker made a career of proclaiming that America was a deeply racist country. But he sent his own kids to lily-white private schools and then retired to the whitest state in the nation, Vermont. Wicker being so right-thinking and the scourge of
racists, people were curious about why he didn’t send his kids to New York public schools. Did he just screw up? Asked about the hypocrisy of sending his own children to sanitized private schools, Wicker said, “It gives me a lot of intellectual discomfort, but I am not going to disadvantage my children to win more support for my views.”

It’s not a question of winning support for his views, it’s whether he really held those views to begin with. The surest proof of racism is not what people say, but what they do. The only thing in his whole life Wicker could have done that wasn’t just running his mouth was to send his kids to public schools, and he didn’t do it. On what basis did Wicker have a right to self-congratulation on his racial attitudes? Because he worked especially hard to make sure other people’s kids had to go to crime-ridden schools?

It’s often said that those who are unduly bothered by gays are latent homosexuals. Isn’t it possible that people obsessed with racism are themselves racist?

Treating blacks like special-needs children, liberals bury them in ludicrously gushy praise. In a field where the competition is brisk, MSNBC’s Rachel Maddow stands out. When not spinning conspiracy theories, Maddow can usually be found patronizing her very, very special black guest, Melissa Harris-Lacewell with fulsome, flowery praise.

Harris-Lacewell (who became Melissa Harris-Perry toward the end of 2010) is professor of being a black woman, which is one of the most demanding, hardest-to-qualify-for positions at any university (you have to be a black woman). She is never treated like some regular nerd guest. Maddow is compelled to tell her she’s “amazing,” “wicked smart” and “one of the smartest people I’ve ever talked to about anything, anytime, anywhere.” (Then again, the smartest person at MSNBC is the guy who replaces the toner, so that last one might not be false praise.)

Excerpted from MUGGED: RACIAL DEMAGOGUERY FROM THE SEVENTIES TO OBAMA by Ann Coulter by arrangement with Sentinel, an imprint of Penguin Group (USA), Inc., Copyright © Ann Coulter, 2012.