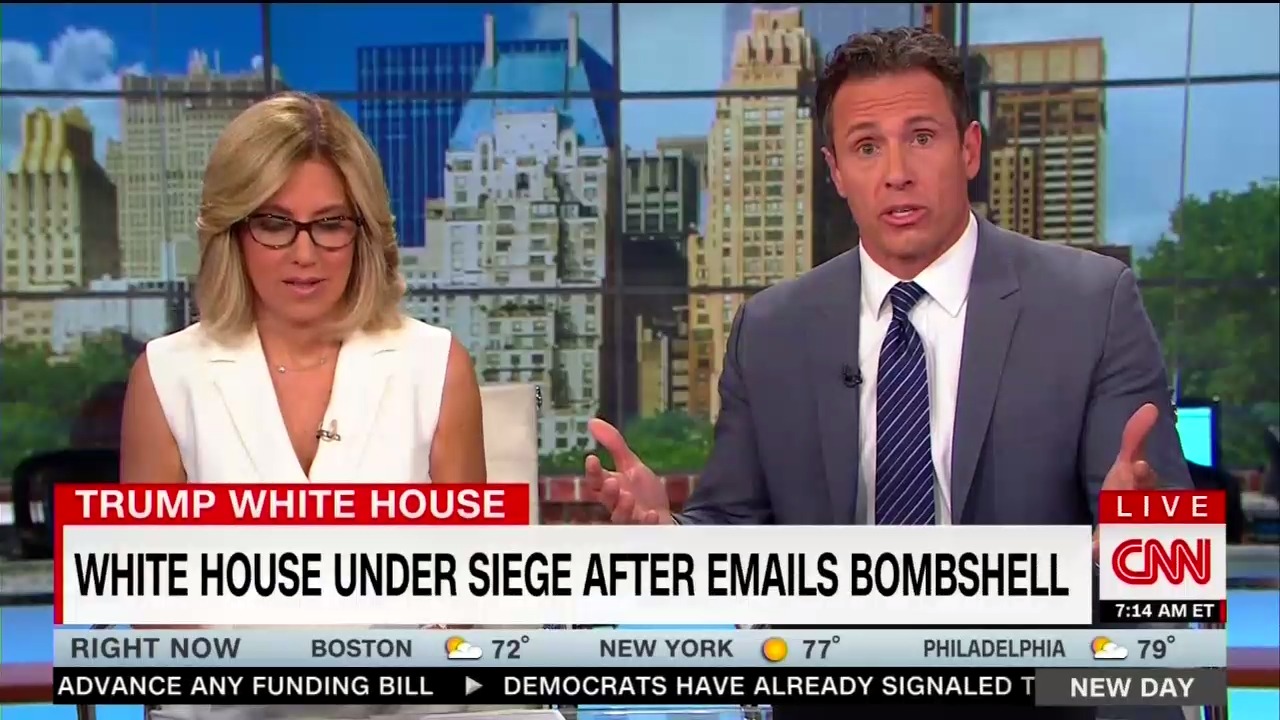 As CNN continues their crusade to bring down the Trump presidency, New Day spent 93 percent of their three-hour program Wednesday covering Donald Trump Jr. and the Trump campaign's supposed collusion with Russia. The other seven percent was spent on baseball (~1.5%) and negative coverage of the GOP's healthcare bill (~5.5%).

No one is arguing that this revelation should not be covered, but when you spend 93 percent of your time talking about it, it shows an obsession, not an objective news judgment. The same liberal media spent virtually no time seriously covering the supposed collusion between Bill Clinton and the Red Chinese in Clinton's '96 re-election bid. They ignored the potentially corrupt behavior by the Clinton Foundation for years. Yet, when there is even a sniff of scandal surrounding a Republican, they pounce with hysterical outrage.

Here is the actual time allocation, after commercials are excluded: 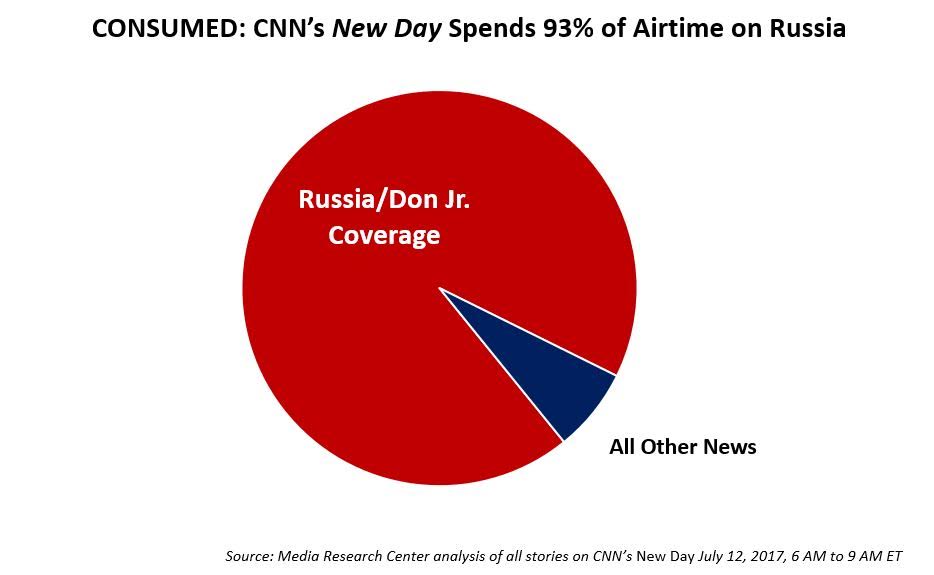 Additionally, CNN Newsroom the following hour (9 AM) spent 100 percent of the airtime they had prior to their coverage of Christopher Wray's confirmation hearing on the Russia story (31 min 43 sec).