UPDATE, 5:11 pm Eastern: This article initially referred to Topolsky as the co-founder of Vox Media, which is how he listed himself in his Twitter bio. Topolsky actually co-founded The Verge, a tech website owned by Vox Media. There is no word on whether Topolsky will make this modification to his bio.

Late Saturday night Joshua Topolsky, Co-Founder of The Verge, tweeted a hideous statement directed at prominent Jewish, conservative pundit, Ben Shapiro. The since-deleted tweet read, ”Ben Shapiro is the Jew who helps other Jews onto the train.” Topolsky has not apologized, and claimed to have deleted the tweet because “a mob of right wing babies were flooding my mentions.” Topolsky also said he received death threats over the tweet. 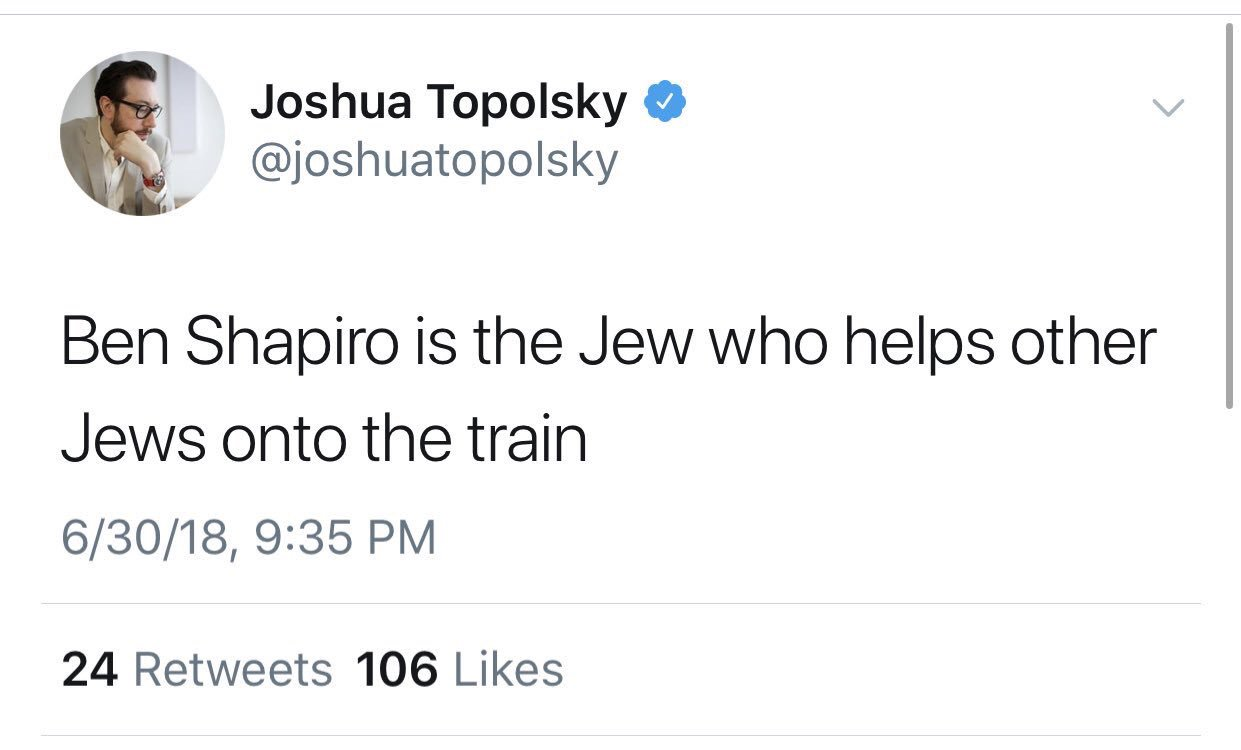 Conservative Twitter discovered the tweet on Sunday and lept to Shapiro’s defense. Parkland survivor turned political activist, Kyle Kashuv pointed out that Topolsky doubled down on his tweet prior to its deletion: 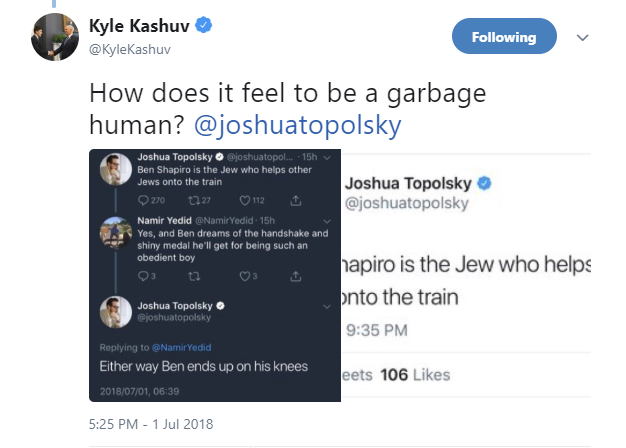 Caleb Hull, head of content at Target Victory, had a very helpful flowchart for Topolsky but can be applied by anyone who thinks comparing something to the Holocaust is a good idea. 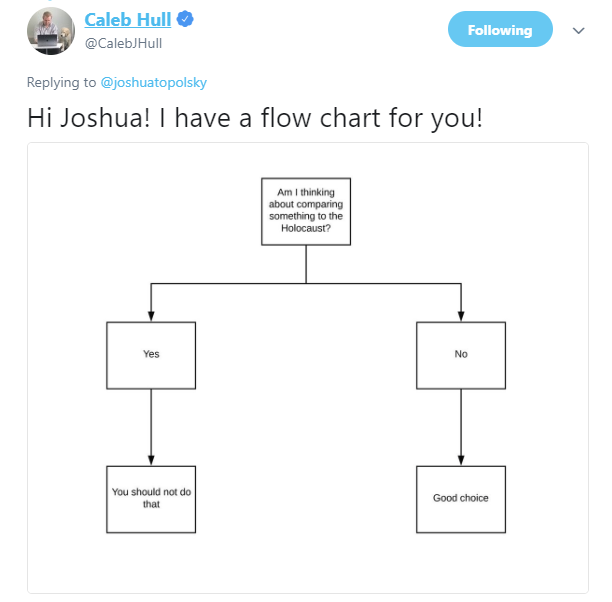 Jerry Dunleavy of Judicial Watch summed it up best with his take: 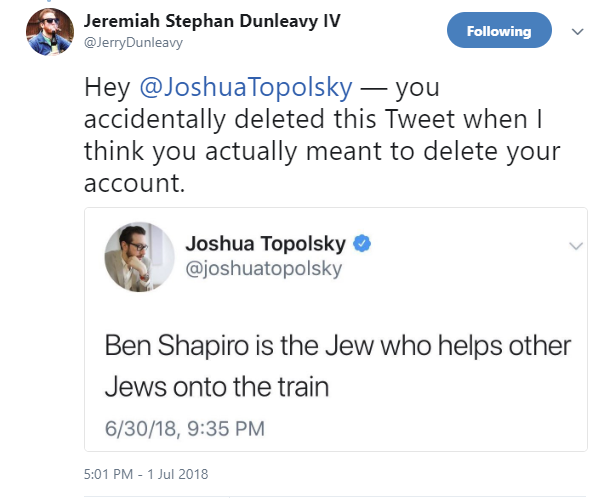 Topolsky’s twitter incident comes as Democrat lawmakers encourage their supporters to verbally harass members of the Trump administration. Topolsky is not helping the situation at all.