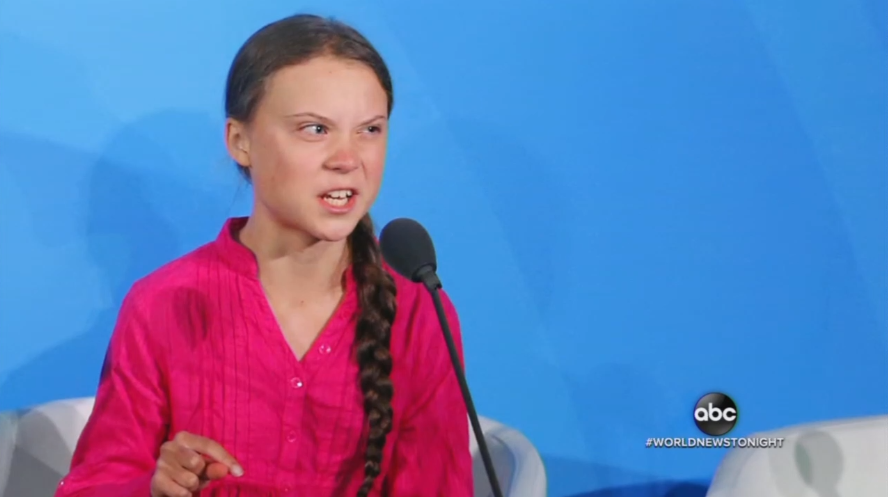 Feminism in 2019 uplifts and supports all women, unless of course they happen to be conservative (or in the womb). For a press that purports to laud the achievements of women, they go the extra mile to drown out the successes of women who don’t subscribe to their worldview. Case in point is the latest issue of People magazine’s “Women Changing the World in 2019”, which conveniently only features women of the liberal mindset.

Rather than showcasing females who have championed the rights of baby girls’ in the womb, People listed Planned Parenthood supporters such as actress Brie Larson. The accompanying title for Larson’s spotlight piece being, “Setting a New Standard in Hollywood.” Larson’s quote underneath hit all of the liberal sweet-spots, including a denouncement of her “privilege”; “It’s about…having the courage to implement changes and putting your privilege on the line.”

Of course, what would a list of powerful women be without the leftist hero herself, Oprah Winfrey. Her headline was the gushiest of all, reading; “Empowering Women for Decades.” (Winfrey also frequently endorses and donates to Democrats.)

Nikki Haley, Ivanka Trump, Kellyanne Conway or Sarah Huckabee Sanders all would have been viable candidates to fill the political slots on the list. Unsurprisingly, those were occupied by, you guessed it, progressive Democrats. Specifically, 2020 Presidential Candidates Senator Kamala Harris, Senator Elizabeth Warren, and Senator Amy Klobuchar, all of whom were dubbed to be “Changing the Political Conversation.”

The latest left wing superstar/ climate change activist Greta Thunberg was praised for “Fighting for the Planet.” And notoriously anti- Trump members of the U.S. Women’s National Soccer Team were featured for “Championing for Equal Pay.”

To round off the 12 (liberal) woman show, actress Zoe Saldana was given a glowing portrait with the caption; “Shining a Light on Migrant Families.” What a neutral stance for a national magazine to be taking on a political issue. Not.

Sadly, liberal publications have a vision for what a powerful woman should be and conservative women do not fit in that category. For an issue with the intent to debunk sexism, in actuality it did quite the opposite.