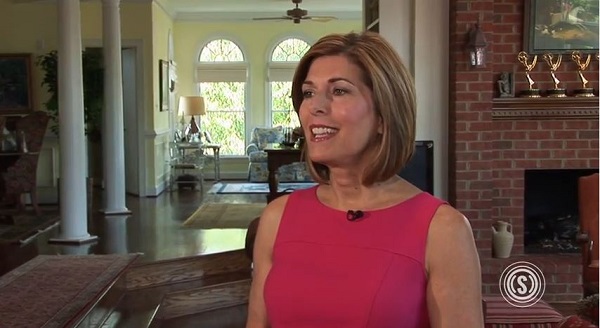 Former CBS investigative reporter Sharyl Attkisson, celebrated the launch of her new book Stonewalled at a private residence in Georgetown among an audience that consisted of members in the media, whistleblowers from other scandals, and the outgoing House Oversight committee chairman, Rep. Darrell Issa.

“Some of Attkisson's sources were in the room, ready to bemoan the same trends. An ACORN whistleblower told the gathering of the good work Attkisson did, and the hardship that came after "the media moved on." Gregory Hicks, a career foreign service officer who testified that quicker action could have broken up the September 11 attack on the Benghazi consulate, stood just outside the party's main room, unrecognized until Attkisson pointed him out. He had a stack of business cards from his post-State Department gig at the Center for Strategic and International studies…I got extracted from the broom closet," he joked. To his mind, Attkisson had nailed it–there was swift retaliation and lifelong damage for the people who did their jobs and talked to reporters when the system failed.”

Attkisson thanked the guests and told them much of the reception to her book has been positive, and even addressed those who question the story of her computer hacking:

"It's been really interesting in the past week or so to be questioned by members of the, air-quote, 'media,'" said Attkisson, miming the quotes for full facetious effect, "who take things from special interests who feel attacked in the book, or feel as though their interests are threatened. They take those allegations, present them to me without checking them out, with any documentation -- I consider it propaganda -- and then take my assertions and handle them skeptically with this incredibly exciting attack. This can't be true!...I just can't help but think, if only you would occasionally apply that kind of skepticism to the federal government, and the administration, and the powers that be that work for us and have a record of providing inaccurate information," she said. "These media people have been living by the dictum, don't question authority. Question those that question authority. That's what happens in countries that don't have a free press."

Darrell Issa, who has been just as much a key player in the Benghazi investigation by chairing the House Oversight Committee, also spoke to the crowd. "My committee is a desert island if not for a press that will look at stuff fairly and scrutinize it," Issa said. "In many of our investigations, Fox News led; CBS, on occasion, was there and made a big difference; on very rare occasions ABC; never NBC."

Investigations, he said, worked only "if the press, and particularly reporters, will go out and meet people and get the story from whistleblowers and then report it and give them a fair hearing."

When Attkisson took the microphone back from Issa, she added "Reporters generally don't like Darrell Issa. They do like, and I do too, Henry Waxman [the ultraliberal California Democrat who used to head Issa’s committee]. When I did stories [through Waxman and his staff] about Halliburton, and Iraq contracting fraud, and things that scrutinized the Bush administration's decisions, everybody loved that. I was patted on the back. Nobody said, 'you're a liberal shill.'"