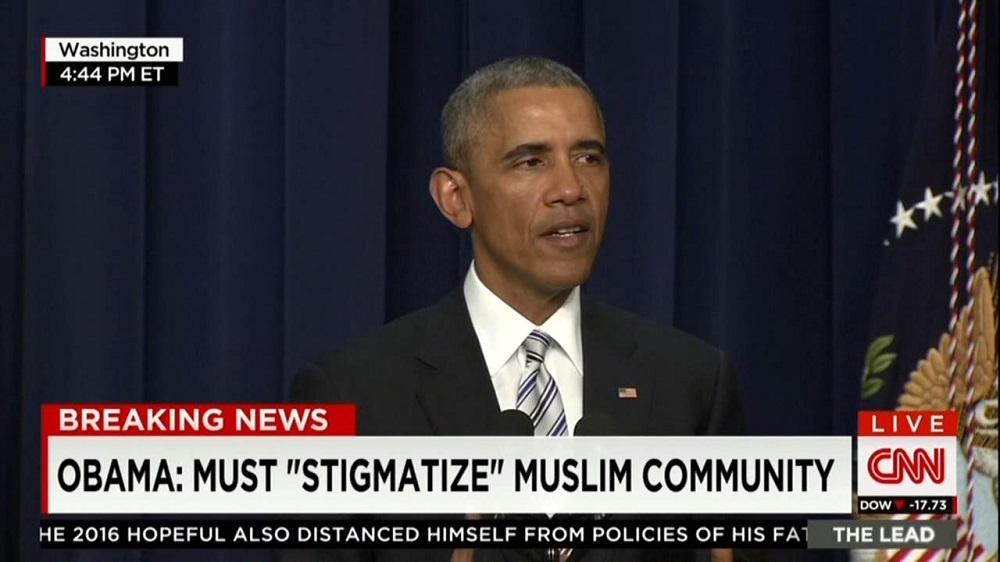 For the second time in just over a week, CNN aired a misleading on-screen graphic. On Wednesday's The Lead With Jake Tapper, during live coverage of President Obama's speech to a White House summit on "countering violent extremism," a lower third chyron stated, "Obama: Must 'Stigmatize' Muslim Community" (see screen cap at right). The chief executive actually made the following statement (as reported by National Journal's Priscilla Alvarez):

"So in our work, we have to make sure that abuses stop, are not repeated, that we do not stigmatize entire communities," Obama said. "Nobody should be profiled under a cloud of suspicion simply because of their faith."

Less than a minute after the misleading graphic ran, CNN aired a corrected version that added the word "not" (see screep cap below): 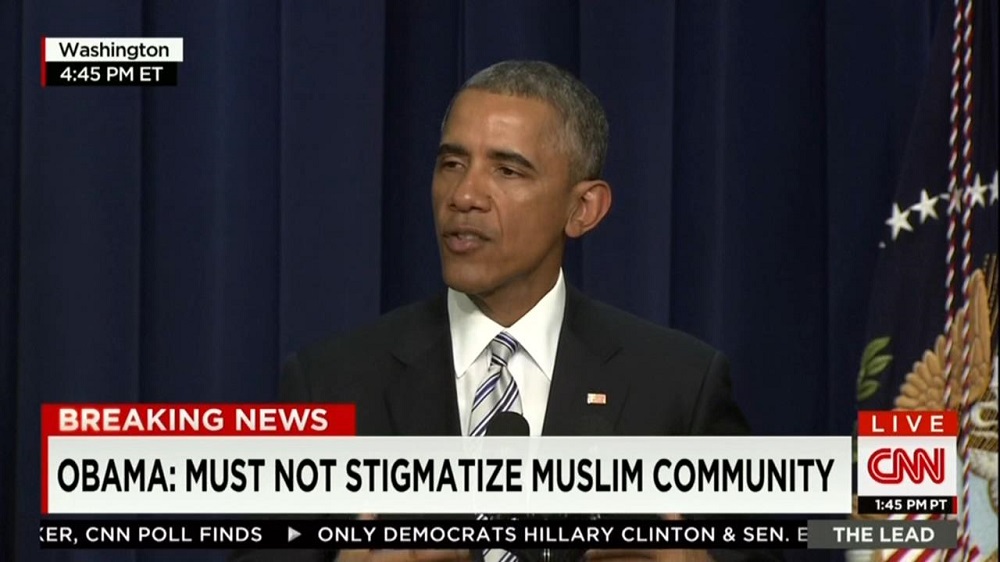 Back on February 10, 2015, anchor Carol Costello gave an on-air correction on CNN Newsroom for an on-screen graphic that aired the previous day on her program: "Yesterday, we ran a story about the debate among Western leaders about whether to send arms to Ukraine. During that segment, our banner mistakenly said, 'Obama considers arming pro-U.S. troops.'"

Costello then explained that "the debate in Western capitals is actually about whether the United States and other NATO countries should send arms to the Ukrainian military, which is trying to protect its territory from separatists the government in Kiev says are backed by Russia. The recipients of any military equipment and aid would be the national military of Ukraine – certainly not 'pro-U.S. troops.' I regret that error."

One wonders if CNN will again make an on-air correction for this most recent gaffe.