One of MSNBC’s favorite contributors, Eugene Robinson, graced Monday’s Washington Post with an opinion article that accused Republicans of “Obama Derangement Syndrome.” In an article entitled “Deranged by Obama, Republicans are spouting nonsense,” Robinson described the “feverish delirium” of those who dare to criticize President Obama for being unpatriotic.

According to the Post correspondent, “this is obviously a nonsensical thing to say about a man who was elected president twice and has served as commander in chief for more than six years.”

In 2003, conservative columnist and psychologist Charles Krauthammer described how Democrats were suffering from “Bush Derangement Syndrome.” The symptoms included concocting ridiculous conspiracy theories about George Bush and the 9/11 attacks. 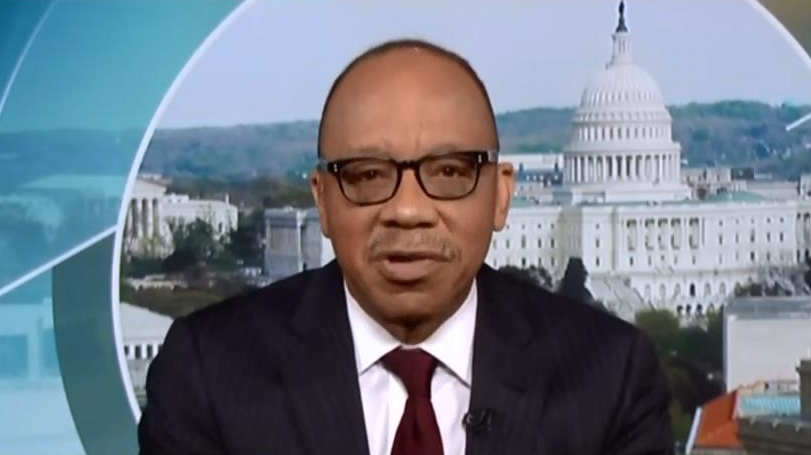 Four years later in an article entitled “Rage of Reason,” Robinson responded, writing that “It's official: Bush Derangement Syndrome is now a full-blown epidemic.” The MSNBC contributor rejected Krauthammer’s conception of “Bush Derangement Syndrome,” saying Bush “earned it.....it's easy to understand why Americans have come to think of George W. Bush as the worst president in memory, perhaps one of the worst ever.”

Other politicians were not deluded in bashing George Bush because his only legacy was that of “a more polarized economy” and “100,000 U.S. troops bogged down in Iraq, with an unfinished war in Afghanistan.”

In Monday’s article, Robinson revisits his former opinion, claiming that he now speaks “as a sufferer from Bush Derangement Syndrome eight years ago who recovered by facing reality.” Now that a Democrat is president, it has become clear to the journalist that political “Derangement Syndromes” have no basis in fact. He writes, “Republicans need to abandon the fantasy that there’s some sort of grand deception underlying the Obama presidency. They’re only deceiving themselves.”

“If the (Republican) party is going to contend for the White House,” Robinson writes, “it first has to fully acknowledge and accept that it lost the last two presidential elections. The nation voted twice for Obama and his policies. Deal with it.” If only Robinson had gotten over his “Bush Derangement Syndrome” sooner, he could have told the Democrats the same thing.