In keeping with its long record of anti-law enforcement news coverage, the nation’s largest Spanish-language network, Univision, failed to include the United States Border Patrol’s perspective about the findings of a new internal agency investigation that exonerated 64 of 67 Border Patrol agents involved in shooting incidents while in the line of duty between 2010 and 2012.

Instead, the report on Monday's Noticiero Univisión was solely dedicated to the questioning of the agency’s findings by so-called “activists and security experts.”

The only activists and “security experts” cited in Univision’s report were Pedro Ríos, whose goal is to “demilitarize” the U.S. border with Mexico and Eugene Iredale, an attorney who is seeking compensation for victims of fatal incidents with the Border Patrol.

Besides whether or not either Ríos nor Iredale can credibly be considered a “security expert,” Univision clearly failed to cite any of the real security experts involved in the matter, namely, the U.S. Border Patrol and/or members of its workers union, the National Border Patrol Council.

The day prior to Univision’s report, in fact, U.S. Customs and Border Commissioner R. Gil Kerlikowske published an op-ed in the Arizona Republic that addressed the investigation head-on, and in which he explained that “there are times in law enforcement when some level of force must be used to safeguard the public or protect an officer or agent."

Kerlikowske further explained that he has made public the agency’s use of force policy. Border Patrol agents have also been vocal about their need to defend themselves against drug smugglers, criminals and other violent unauthorized immigrants in the country’s border region.

MARIA ELENA SALINAS, ANCHOR: Activists and security experts question a Border Patrol internal investigation that absolved 64 of 67 agents involved in shooting incidents that left 19 dead between 2010 and 2012. They criticize the lack of transparency and more energetic disciplinary actions for agents who in some cases used lethal force against people who threw rocks at them. 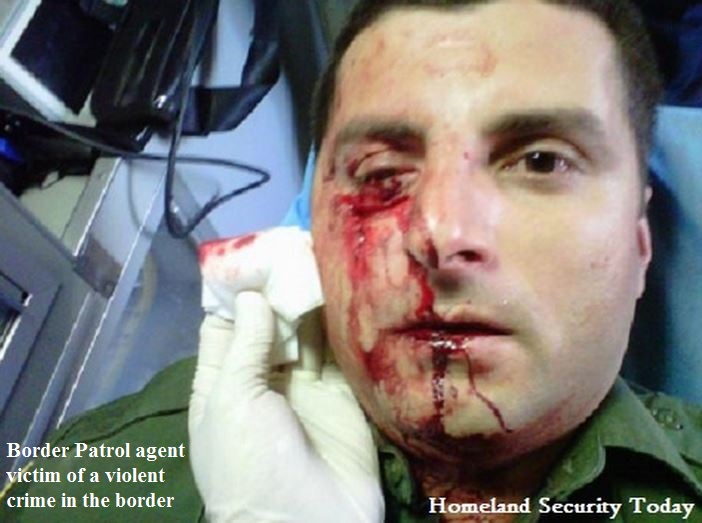 JAIME GARCIA, CORRESPONDENT: The internal investigative division of the Border Patrol exonerated the agents and only two of them faced disciplinary action, that was limited to a verbal reprimand.

EUGENE IREDALE, ATTORNEY: In my opinion it is not possible, that in 64 cases of force used, each one, each one, without exception is permissible.

PEDRO RIOS: In many cases, the agents opened fire on the backs of minors, they fired using lethal force when it was not necessary.