Tipping the Scales for Hillary: The Univision Voter Guide

If there were a competition among the major broadcast television networks to see which one has done the most to help propel Hillary Clinton’s presidential campaign this year, there should be little doubt about which one would get top honors.

After all, what other network has a chairman like Haim Saban, a self-confessed 8-figure donor to Clinton, Inc. (presidential campaign, Foundation and allied Super-PAC), a chief news anchor like Jorge Ramos, who decided to ditch the journalistic principle of neutrality in his coverage of the election, while his daughter, Paola Ramos, is heralded among “the power lesbians behind Hillary Clinton’s presidential campaign" by serving as deputy director for Hispanic media?

So it is that as the 2016 presidential campaign enters the home stretch, Univision is, par for the course, pulling out all the stops, including what is shaping up to be an all but in name only televised October 15 Get-Out-the-Vote rally billed “Rise Up As One” (tailored for what the network calls “the new, rising American mainstream”) as well as, you guessed it, a very conveniently tailored bilingual voter guide. 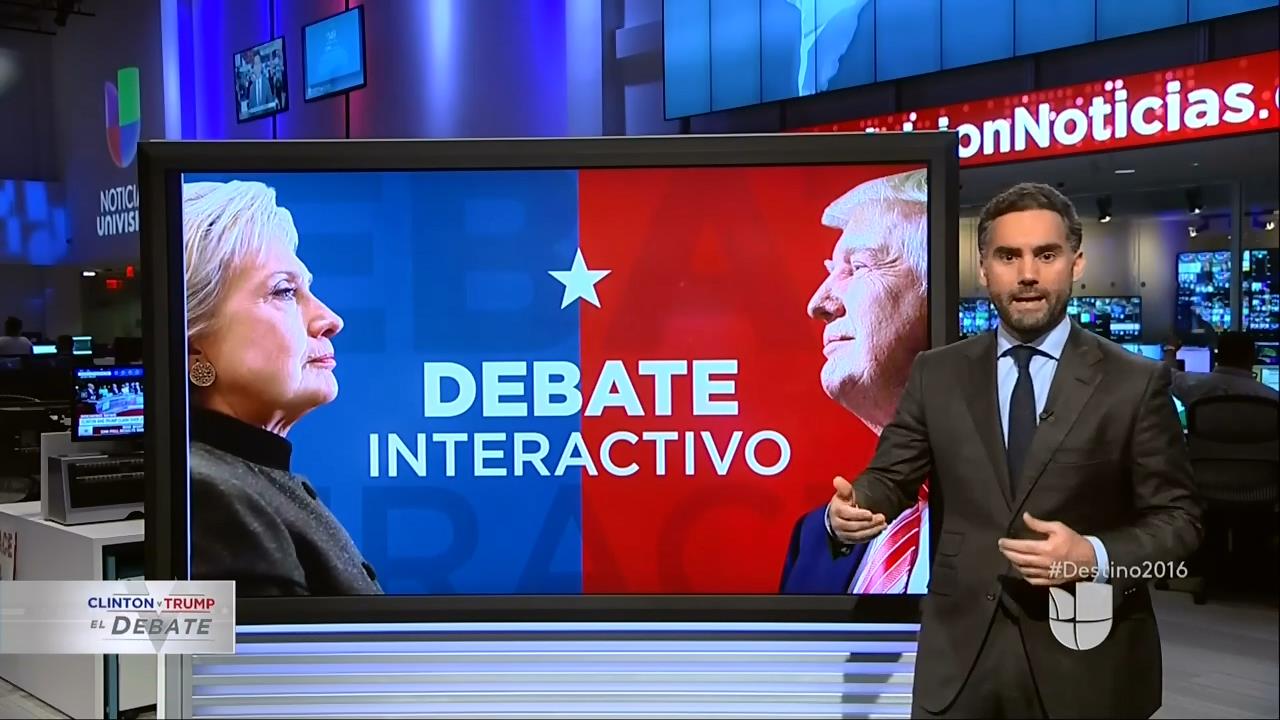 Right off the bat, Univision’s voter guide, titled “The Country of Trump vs. Clinton”, tips its hand, placing immigration as voters’ top public policy concern, despite consistent polling over the years showing that the economy is the top-of-mind concern among the nation’s Latino voters (as it is among the U.S. electorate as a whole).

Conveniently for Clinton, terrorism, which the respected Pew Research Center shows is the second most important concern for Latino voters in 2016, doesn’t appear until halfway through Univision’s voter guide, in the sixth position.

In addition to its skewed presentation of voter priorities, Univision’s voter guide is also seasoned (again, helpfully for Clinton) with several strategically placed inaccuracies. For example, the Guide presents Trump as wanting to “freeze remittances to Mexico to pay for the construction of the border wall.”

In truth, Trump’s plan for Mexican-sourced funds to pay for the wall only includes a prohibition of remittances to Mexico by unauthorized immigrants in the United States as just one possibility “among several ways to compel Mexico to pay for the wall.” Other wall-financing options Trump also indicates he may pursue instead include trade tariffs, enforcement of existing trade rules and visa fees (“even a small increase in visa fees would pay for the wall,” Trump’s website points out).

In addition, the Univision Guide fails to reflect Trump’s fleshing out of positions in a series of recent policy speeches. For example, the candidate no longer favors the elimination of the Environmental Protection Agency, instead saying in a September 22 speech that he “will refocus the EPA on its core mission of ensuring clean air, and clean, safe drinking water for all.” In that same speech, contrary to Univision’s characterization of his position, Trump also expressed his commitment to full use of U.S. energy sources, “including traditional and renewable energy sources.”