Univision Shocked by “New” Crisis at the Southern Border

The number of migrants crossing illegally at Del Río in Texas doubled in one day to over 10,000 individuals, mostly from Haiti. But for Univision, this all comes as a surprise. Who could have predicted that this might happen after steadily watching the situation at the southern border spiral out of control since the Biden administration took over in January?

Watch as anchor Ilia Calderón announces "a new humanitarian crisis for Biden" in a segment that first places the number of immigrants packed under the Del Río International Bridge at 8,000, only to put it at 10,000 later in the report:

JORGE RAMOS: The number of immigrants stranded under a bridge between Mexico and Texas already surpassed  8,000, creating a humanitarian crisis for President Biden's administration.

CALDERÓN: Pedro Rojas joins us live from Del Rio, on the outskirts of the international bridge where about 10,000 immigrants are located.

So far this fiscal year, the border patrol has apprehended 1.74 million immigrants.

While the mainstream liberal media cover for Joe Biden and his (absent) migration czar, Kamala Harris, the Latino media's strategy appears to be to distract from the actual crisis by airing sob story after sob story. Completely absent: photos of children in cages and the performative activism of the Trump days by the likes of Alexandria Ocasio and the rest of the “Squad” who couldn't take the “abuse” at the border, even when the number of crossings were at one third of today´s, in 2019. To quote Univision: So far this fiscal year, the border patrol has apprehended 1.74 million immigrants. 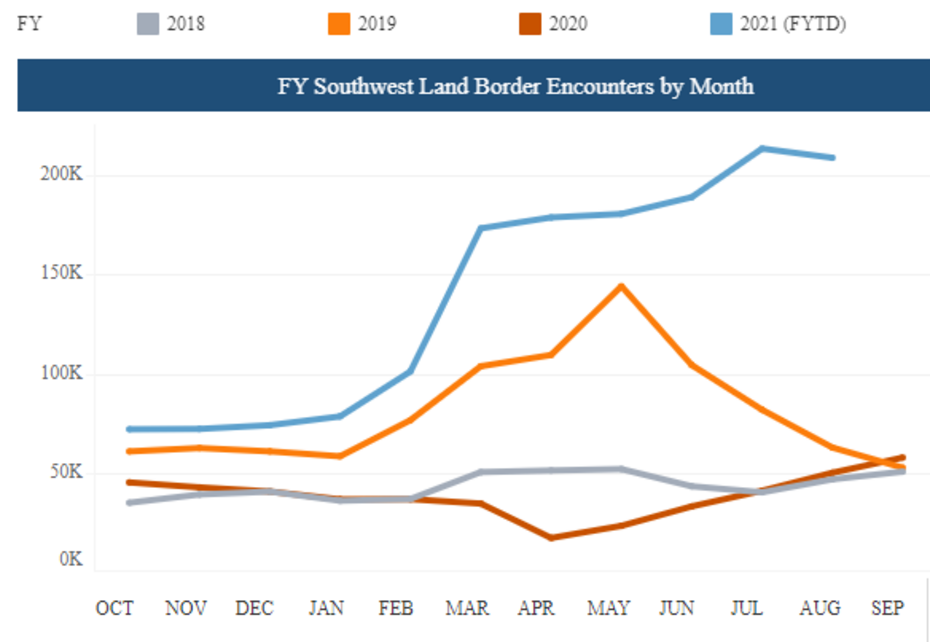 Yesterday, however, it was impossible to ignore the magnitude of Biden´s open border disaster, and even Univision, basically a pro-illegal immigration PAC with a broadcast license, had to feature it... albeit as a shocking surprise.

MRC Latino will continue to monitor the Spanish-speaking networks for more news about the humanitarian crisis at our borders, even after the Biden administration´s emergency ban on drones, as per the FAA, which are there to document the staggering truth.

Help the MRC fight against bias in the nation´s Spanish-speaking news networks here.