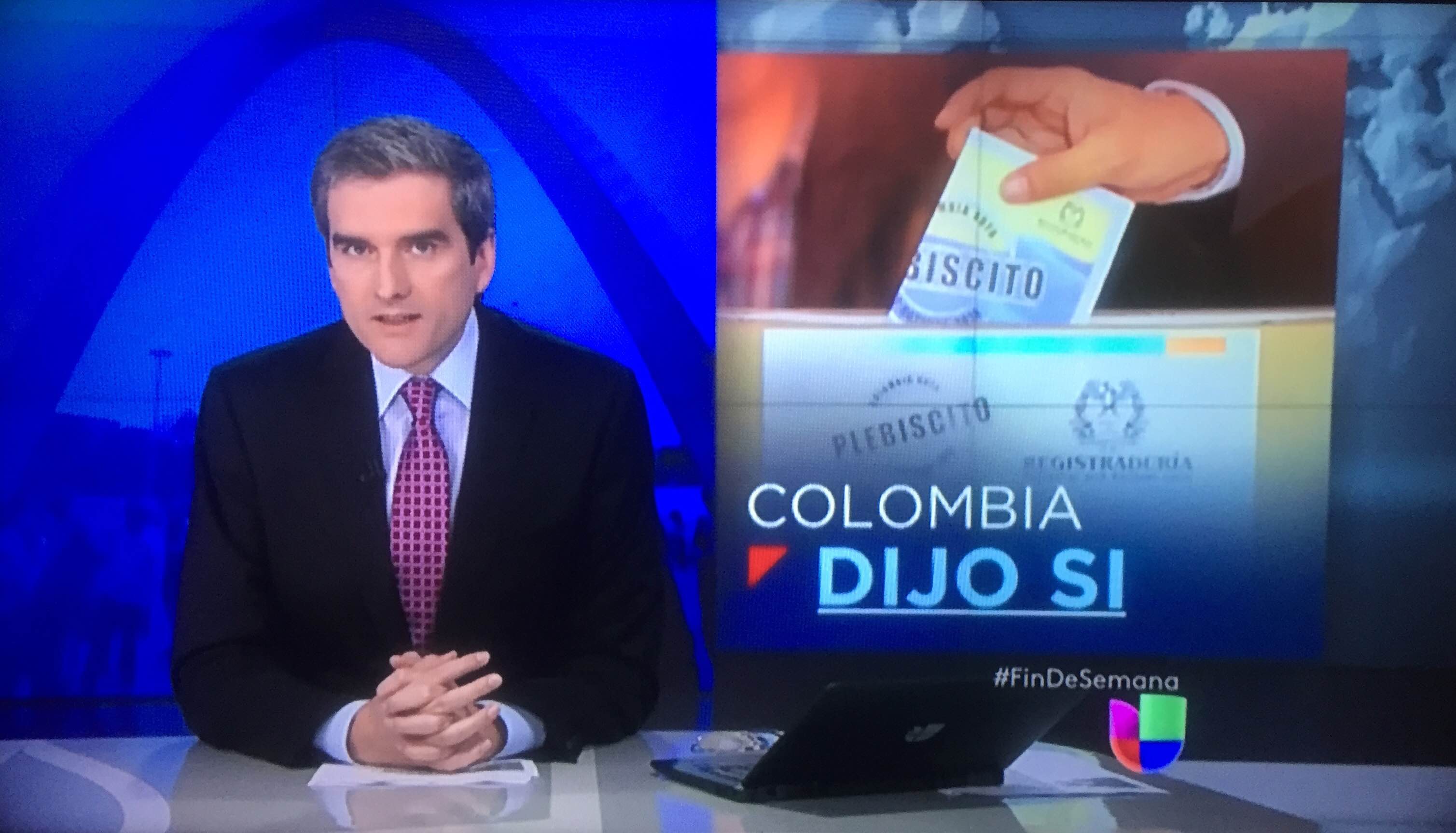 Most of the times, news media organizations survive their massively biased coverage of current events with little to no public embarrassment. But then there was last night, and Noticiero Univision.

This is the graphic that ran behind weekend anchor Félix de Bedout as he introduced yesterday's report on Colombia's peace plebiscite. "Colombia Said Yes", it says, but Colombia most definitely said "No" to the proposed peace deal between the government and the Marxist rebels of the Revolutionary Armed Forces of Colombia (FARC).

Univision invested itself so deeply into pushing for a "Yes" vote, that it is entirely possible that no one even bothered to have a "No" graphic ready as the newscast went to air. Coverage routinely favored the "Yes" vote, including the prerequisite Jorge Ramos opinion column. But the Colombian people decided to reject Univision's multiple nudges, and decided against giving the FARC rebels a multitude of amnesties after over a half-century of murder, mayhem, kidnappings, and bombings.

Univision, drunk on its own biases, self-inflicted an embarrassing "Dewey Defeats Truman" moment on live television. One would hope that the nation's leading Spanish-language news network would learn its lesson. But such hopes are not rooted in reality.