Univision unwittingly pulled back the curtain during yesterday's fawning coverage of President Barack Obama's trip to Cuba. In the process, the network revealed that sometimes, political news and celebrity coverage is indistinguishable. 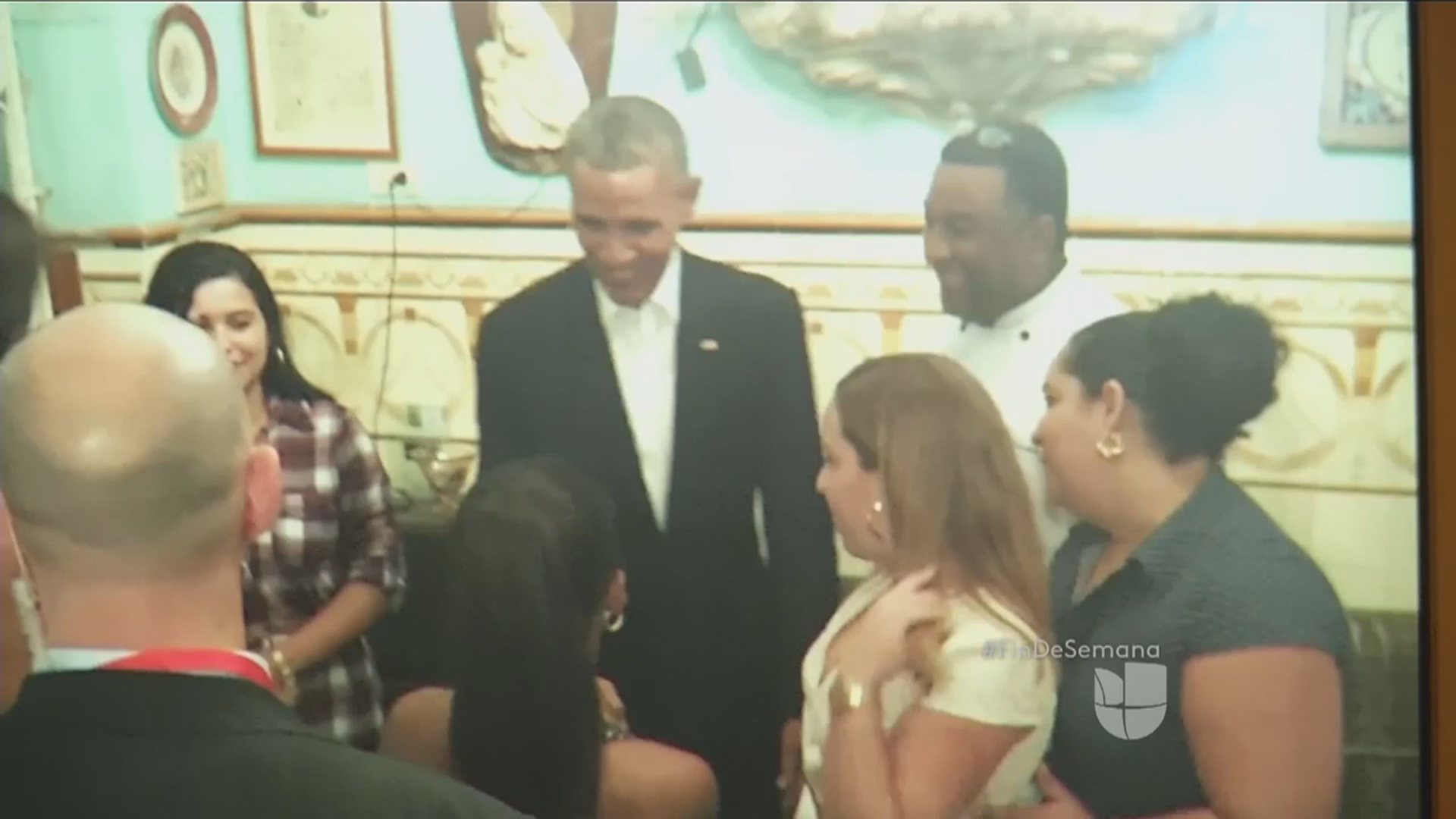 The San Cristóbal is one of the most famous paladares in Havana. This type of restaurant, built within (individual) homes, was forbidden until (after) the fall of the Soviet Union, when the Carribean island was stricken by raging economic crisis. But its proliferation was allowed under economic reforms which have encouraged small businesses.

But enough with the vocabulary lesson and regime apologia.

Entertainment reporter Tony D'Andrades made his way to the San Cristóbal to ask the tough questions. After learning that Obama ate sirloin and that the visit was unannounced to the restaurateurs (they only knew that a VIP was coming, not that it was the President of the United States), Andrade broke the news that Obama visited the San Cristóbal on the recommendation of Jay-Z and Beyoncé.

TONY D'ANDRADES, UNIVISION ENTERTAINMENT REPORTER: Producer, Jay-Z and his wife, Beyonce have already visited this restaurant and were the ones who reccomended it to the Presedential Family.

Who knew that The Beygency also specialized in culinary recommendations? Of course, this only confirms my sinking suspicion that this Obama trip is really the Jay-Z/Beyoncé honeymoon on steriods. It certainly won't accomplish much else in terms of actual policy- this much is clear. Perhaps Univision is ahead of the curve in this regard.

It appears that D'Andrades broke another bit of news:

TONY D'ANDRADES, UNIVISION ENTERTAINMENT REPORTER: I didn't want to leave without a little taste of the Obamas' menu. ("VERY GOOD, VERY GOOD!") I ate, and like the Obamas, didn't pay.

Obama would later go on to stand before a mural of Ché Guevara and giving Raúl Castro a limp wrist to thrust in the air. In hindsight, this may be the least embarrasing part of the Cuba visit.

UPDATE: I've since learned that it is illegal for regular Cubans to kill cattle for personal consumption. According to Yusnaby Pérez, this meat is only available for "tourist consumption and (for sale) in state-run stores that accept convertible currency (avaiblable after exchanging dollars, euros, etc...) which cater to foreigners and Cubans paid in foreign currency."

In other words, if you're a regular Cuban citizen that lives by the ration book, you can't have any of the sirloin enjoyed by the Obamas. Save that one in your back pocket for the next time you hear someone going on and on about privilege.