Yesterday, we put a klieg light on Univision/Fusion anchor Jorge Ramos' most recent column, and his smear of Catholics as "gullible". It seems that something was conveniently lost in translation when reformatting the column for his English-language audience at Fusion and beyond.

The original Spanish-language version of the column ran both in Mexico City's Reforma, and on Univision's website domestically. As we've noted previously, Ramos' columns customarily cycle through in Spanish -for consumption domestically as well as in Mexico and throughout Latin America- before being translated and edited for publication on Fusion. However, Fusion excised the offensive sentence from its version of the op-ed. This is what Spanish-language readers saw on Reforma and Univision:

Upon entering the church, the first thing parishioners see is a lottery stand (with tickets on sale) for the Christmas grand prize. The conversation continues there. If prayers to heaven aren't met there is always- with a bit of luck and a lottery ticket- a second chance. Church and state in full complicity to deceive the gullible.

However, Fusion readers got:

Upon entering the church, the faithful pass a stand where they can buy tickets for the Spanish Christmas lottery—”El Gordo,” the big one, as it’s called. The message seems to be: If your prayers go unanswered, you can buy a lottery ticket and get another shot.

To be clear, I have no problem whatsoever with the slight variances in translation of the original text. As a professional interpreter, I get that original Spanish-language text is going to contract by about 30% when rendered into English. As someone who is subject to editing, I understand the nuances of getting content out to one's audience (Millennials and the U.S. media, in this instance). However, none of that justifies the decision to excise the last sentence of the cited paragraph.

Jorge Ramos' out-and-proud antagonistic relationship with persons and institutions of faith are a matter of record. In fact, his New Yorker hagiography indicates that he is "...anticlerical to this day". If Jorge Ramos is OK with being a part of the godless left, why would Fusion feel compelled to excise his characterization of persons of faith as "gullible"? Who made that call and what was the basis for that decision? If that sentence was deemed too offensive for publication in English, why run it in Spanish on Univision?

It was cravenly deceptive for Fusion to attempt to conceal Jorge Ramos' potentially offensive remarks, and it was comically naive to think that this deception would go unchecked. 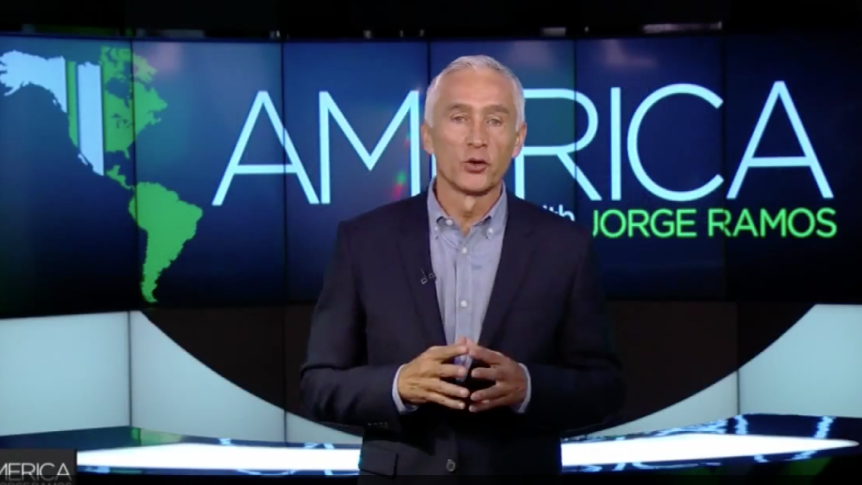