Unauthorized Immigrants Compete for More Jobs, to Cheers from Univision

“From undocumented to entrepreneurs” is how Univision morning host Satcha Pretto celebrated the implementation of a new California law that allows unauthorized immigrants to receive work permits from the state’s Department of Consumer Affairs.

As a result of the new law, the Univision segment cheered how unauthorized immigrants in the state are now able to qualify and compete for jobs in dozens of licensed professions, including  “nurses, security guards, real estate agents, and cosmetologists.”

Pretto reported that up to two million unauthorized immigrants in California will benefit from the law. The segment failed to include any critical perspective on how such a huge spike in the state’s labor pool will affect the jobs and wages of the state’s U.S citizens and legal residents, who previously were the only ones legally able to hold such jobs.

Relevant portions of the referenced Despierta América segment are transcribed below: 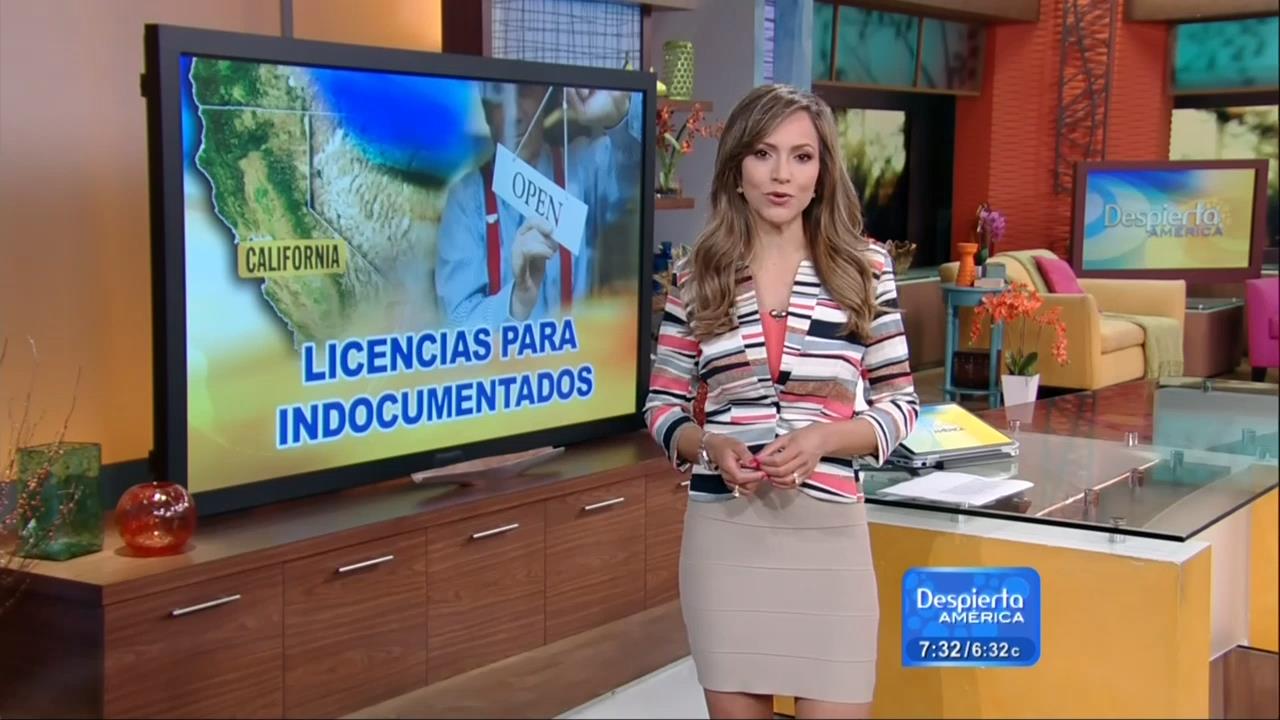 SATCHA PRETTO, HOST: From undocumented to entrepreneurs. This is the dream that many are achieving in California, thanks to the state’s decision to allow unauthorized immigrants to obtain licenses to work in certain jobs or professions. Irrespective of their migratory status, many are becoming nurses, security guards, real estate agents, and cosmetologists.

MARIA TERESA VILLAREAL, APPRENTICENSHIP PROGRAM DIRECTOR: Basically, with the identification number they’ll be able to obtain the work permits in order to enter the apprenticeship system.

SATCHA PRETTO: It’s estimated that almost two million unauthorized immigrants in the Golden State will benefit from the law, SB-1159, approved last year, and which also grants student loans to the “dreamers.”