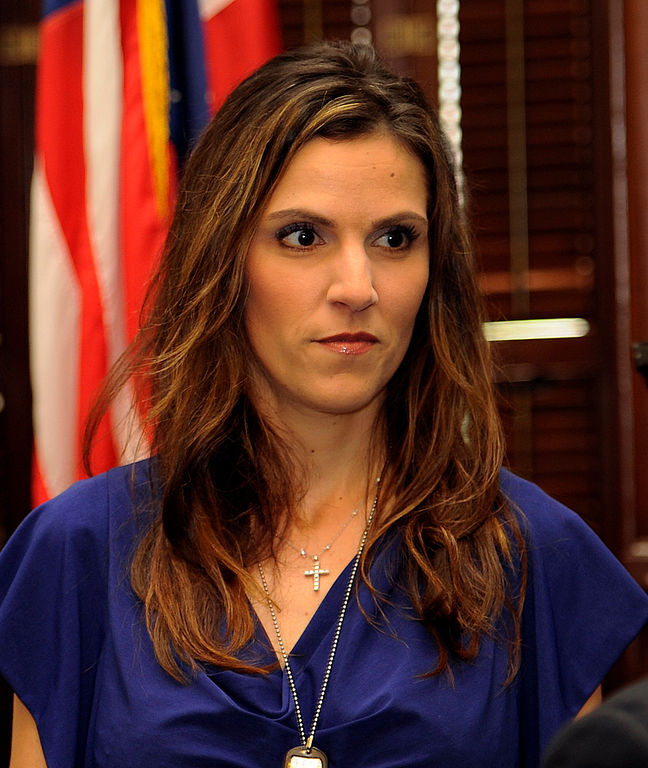 In a Boston Herald radio interview Friday, Kyle discussed how Clinton’s careless response to Benghazi proves her lack of leadership skills and empathy for the American people.

Talking about the Benghazi scandal she said,“This is something that I’ve felt so passionate about for so long.” She continued, “There were few times in my life that I actually wrote an impassioned email, and sent it to people.”

At one point in the interview, The Herald highlighted that Hillary Clinton had originally blamed the filmmaker of an anti-Muslim YouTube video. This was a ruse, which the administration blamed the attack on for some time.

“Is there a message you would send to Hillary Clinton?” The Herald asked Kyle.

“Here’s the message that I’d send to Hillary Clinton: For her, to have the audacity to sit there and say, ‘Look, people die in America every day.’ You know, ‘What’s the big deal?’ I swear to you, if it was her daughter, I highly doubt she would look at America and say, ‘People die every day in America. We need to get over the fact that my daughter was just killed.’”

“I mean, how far removed is Hillary Clinton from reality? To even mutter that?” she continued. “It’s almost like the real world just doesn’t apply to her anymore. It doesn’t affect her. She doesn’t care.”

Kyle said bewildered, “I just cannot think of a statement that could make her more far removed from reality and real people and maybe she’s just been in the system so long she’s lost sight of it.”

Kyle compared how the government would respond to a hypothetical natural disaster to how it responded to Benghazi:

“My biggest point was, if they have flooding on the East Coast that was killing people and we could send in emergency services but our government said, ‘No, don’t send them in. They’re right outside the limits, but don’t send them in,’ our country would flip OUT. So why is that any different when we have Americans that needed our help — there was help available — and our government, our leadership said, ‘Nah, don’t send them the help.’ And if you really look into it, that’s exactly what happened.”