Ben Carson on the Liberal Media Asking About Gay Issues: ‘I’m Not Going to Fall for That Any More’ 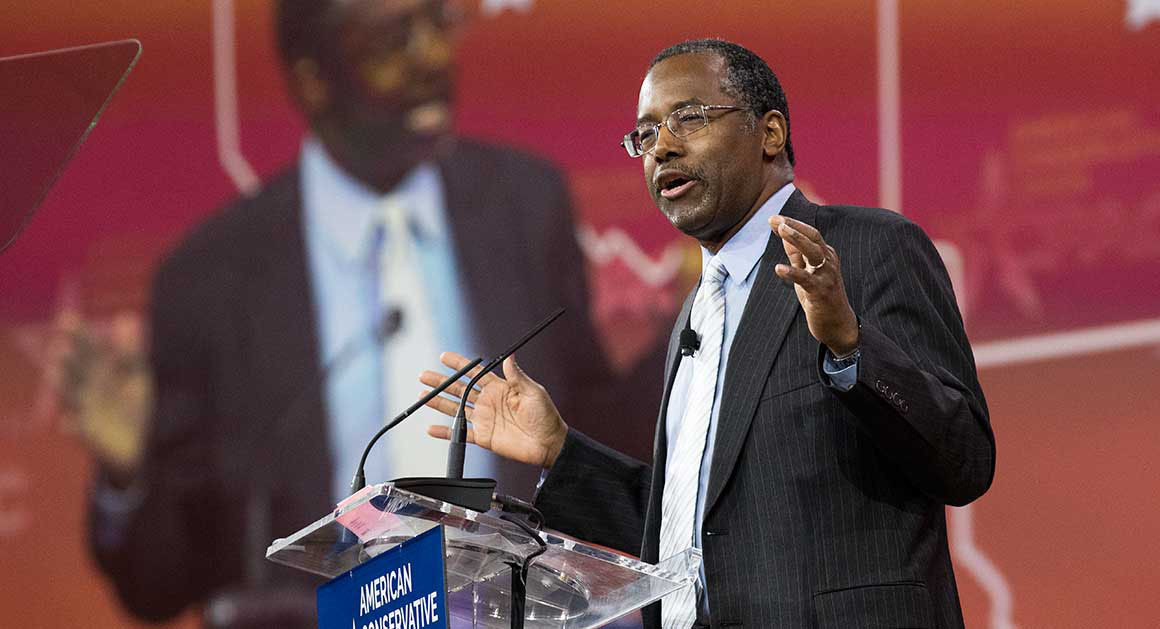 After telling CNN’s Chris Cuomo March. 4 that being gay is “absolutely a choice” after being prodded to answer whether sexual orientation was genetic or not, the media pounced on Ben Carson’s comments, with a particularly vile attack by Dan Savage directed at the possible GOP presidential candidate.

Dear @RealBenCarson, Being gay is a choice? Prove it: Choose it yourself. Suck my dick. Sincerely, Dan Savage http://t.co/7nRcHsL0R3

Carson went on Sean Hannity’s radio program to talk about how the media spun his comments. In the audio picked up by The Right Scoop, Carson told Hannity it was a bad idea to talk to the liberal media about certain issues, especially if a segment is pre-taped, because there is a greater chance your words will be misconstrued.

CARSON: First of all, it was a twenty five minute interview. They chopped and you see what part they emphasized. We talked about some really important things. None of that was brought out.

But I did learn something very important: For certain networks, never do a pre-taped interview. Always do it live.

HANNITY: They cut it up and they slice and dice, and it’s not in its proper context. They put this part in, but not that part in.

CARSON: But here’s the point: I believe in traditional marriage, between a man and a woman. Our constitution protects everybody. Regardless of their beliefs, and that includes people that are gay. I have no problem with them doing whatever they want to do. I’m just not willing to change the definition of marriage for anybody because once you do that, you have to change it for everybody else that comes along.  Why would we want to do that? We have something that’s worked just fine for thousands of years to create a nurturing environment for raising children. I think that’s where we ought to leave it.

He continued to speak about the media’s reaction to his comments:

CARSON: I’ve simply have decided, I’m not going to really talk about that issue anymore because every time I’m gaining momentum, the liberal press says, ‘Let’s talk about gay rights,’ and I’m just not going to fall for that anymore.

Carson also issued clarified his comments given to CNN saying on his Facebook page Wednesday evening, "I realized that my choice of language does not reflect fully my heart on gay issues. I do not pretend to know how every individual came to their sexual orientation. I regret that my words to express that concept were hurtful and divisive. For that I apologize unreservedly to all that were offended.” 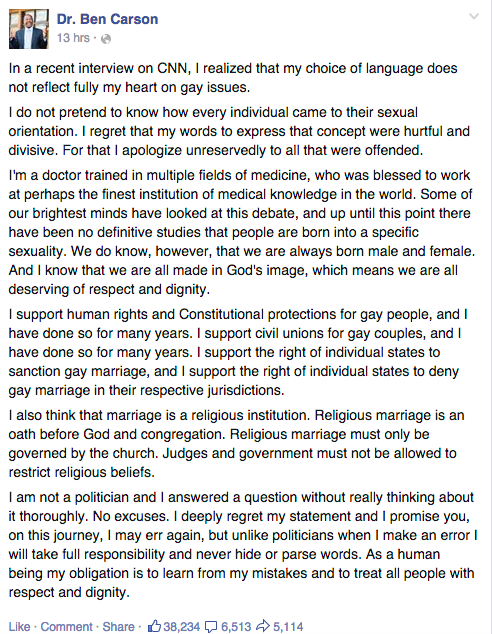