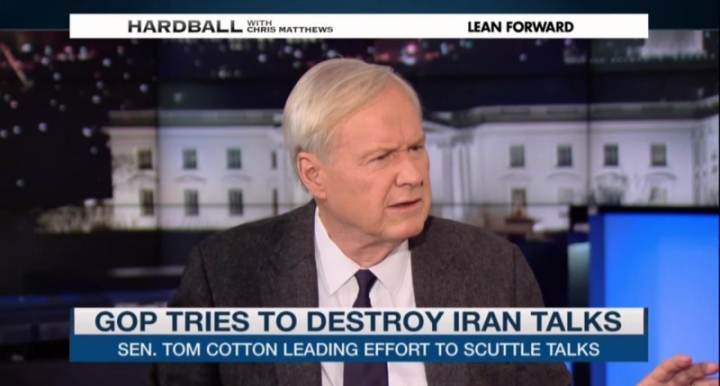 CHRIS MATTHEWS I think, excuse me, Margaret, I'm going to say some day people are going to look back on this era and they're going to say, this president was treated worse than anybody by his opponent, and they'll think, "What was it about him?" And they'll remember what it was about him--

Earlier in the segment, Matthews whined that the open letter to Iran comes on the heels of Speaker Boehner virtually trying to "depose" Obama by hosting him as guest speaker before a joint session of Congress:

I think it's another thing like that "You lied!" That crazy guy yelled out. And then this whole Netanyahu thing. We got our own leader, world leader we're going to have in here, not you. We're going to, you know, depose you and bring in Netanyahu. That's what it seemed like.