The public-relations time bomb that is Keith Olbermann went off this week, pushing ESPN to suspend the left-wing sports journalist from the air.

Olbermann apparently got in hot water with the network for disdainful tweets directed at Penn State University students who were raising money for a pediatric cancer charity. Reports the Associated Press:

BRISTOL, Conn. (AP) - Keith Olbermann was taken off his ESPN show for the rest of the week after making insulting comments about Penn State students on Twitter.

On Monday, a Penn State alum tweeted to Olbermann the phrase "We Are!" and a link to an article about students raising more than $13 million to fight pediatric cancer. Olbermann replied "...Pitiful."

Olbermann, who often spars with commenters on Twitter, then refused to back down in several more tweets, saying he was referring to Penn State students in general and not the fundraising.

"It was completely inappropriate and does not reflect the views of ESPN," the network said in a statement Tuesday. "We have discussed it with Keith, who recognizes he was wrong. ESPN and Keith have agreed that he will not host his show for the remainder of this week and will return on Monday. The annual tradition of THON and the efforts of the students of Penn State to fight pediatric cancer should be applauded."

Olbermann is no stranger to criticism here at NewsBusters. For our full archive on him, click here. 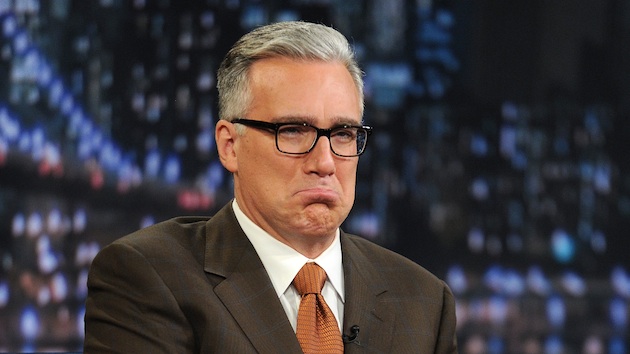