Comedian Jim Gaffigan got off a great zinger on Twitter yesterday aimed straight at Hollywood folks who look down on the average American who has given American Sniper their vote at the box office:

“Well, the only way we beat American Sniper for best picture is if we characterize people that like it as nutjobs.” - Hollywood Publicist 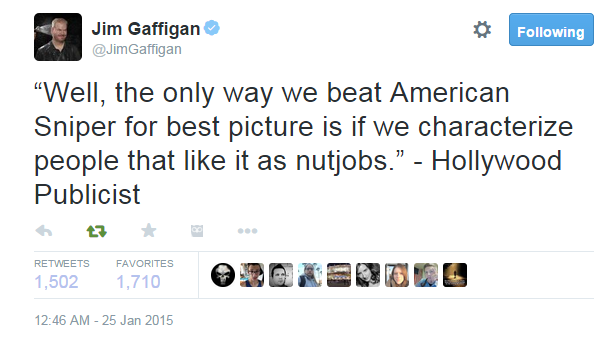