Following the Obama administration reaching a controversial nuclear agreement with Iran, the “Big Three” (ABC, CBS, and NBC) networks have hailed the “historic” deal which was a described as a “major victory” for President Obama.

Despite the bold predictions from the Big Three that the nuclear deal will prove to be a major change in U.S.-Iranian relations, the liberal media have a poor record when it comes to U.S. negotiations with rogue nations seeking nuclear weapons.

In 1994, President Bill Clinton agreed to a deal with North Korea aimed at curbing their desire to develop a nuclear weapon, an agreement which the networks at the time hailed as a sign that “the Cold War is really over.”

Under the 1994 framework, which North Korea eventually violated, the U.S. helped the rogue regime build a new nuclear reactor that would not be capable of producing weapons-grade plutonium in exchange for international access to its nuclear facilities, although the United States caved and the inspections would not start for several years.

At the time, CBS’s Dan Rather declared the deal “could end the long-running crisis with North Korea over nuclear weapons” as well as perhaps “open the way for normal relations between the U.S. and one of the world’s last old-line, hard-line Communist states.”

During his promotion of the 1994 deal, CBS reporter David Martin outlined its details which made it clear just how much the U.S. had given into North Korea’s demands: 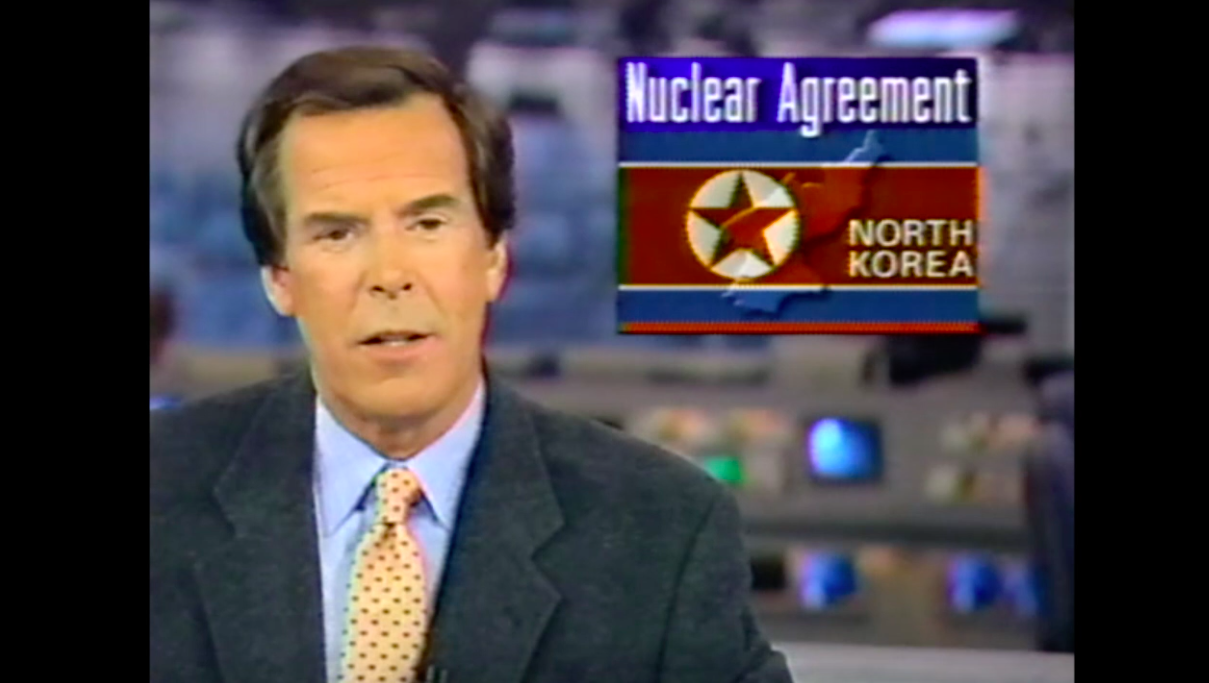 ABC’s Peter Jennings parroted Clinton’s prediction that the deal “will prevent North Korea from developing a nuclear weapon,” while Pentagon correspondent John McWethy downplayed the significance of a delay in inspecting their nuclear facilities:

Crucial inspections are being delayed five years while the rest of the deal is implemented. American officials say the delay is a small price to pay for getting North Korea to shut down its entire nuclear program.

NBC’s Andrea Mitchell promoted the details of the agreement, even as she conceded that North Korea would get to keep its already developed nuclear bomb:

But Kim Jung Il’s regime gets to keep what intelligence experts believe it already has, at least one bomb. And it does not have to permit inspection to nuclear waste sites for 5 years.

So did the media make accurate predictions that the deal with North Korea would prove to be a huge success? Not quite. Currently, the United States and North Korea have no diplomatic relations, and the U.S. has imposed“a near total economic embargo” on the regime since 1950.

Clinton’s 1994 deal also failed to achieve the goal of preventing the nation from acquiring a nuclear weapon, with estimates that North Korea has between 12 and 27 such weapons, and its leadership now claims it has the technology to “miniaturize nuclear weapons.”