During a discussion on CNN’s Reliable Sources about whether or not women's magazines were biased in favor of Hillary Clinton, Cosmopolitan editor Joanna Coles admitted that her magazine engages in “liberal cheerleading.”

Host Brian Stelter never bothered to mention to both Coles and his audience that Cosmo is in no way objective on the subject of abortion or contraception, and routinely advocates to pro-choice position in its magazine.

Instead, the liberal CNN host allowed Coles to argue that her magazine just wants to “animate readers, go in and vote. You don't have the right to complain about D.C. if you're not exercising your right to vote.”

For his part, Stelter did read a quote from Politco’s Hadas Gold who observed that “readers will be getting a heavy dose of liberal cheerleading this campaign season along with their skin care and makeup and fashion tips.” 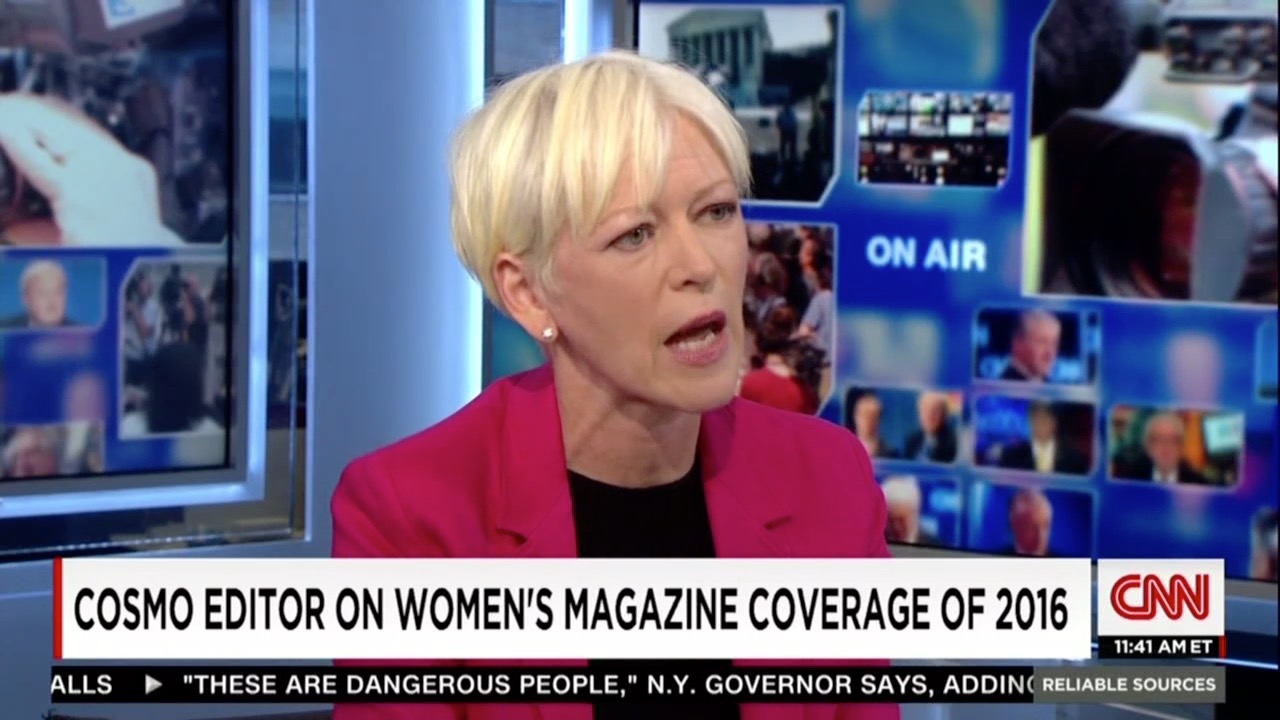 Coles happily agreed that her magazine engaged in “liberal cheerleading” because “for the most part young women's interests are better supported by liberal/Democrat candidates” before she attempted to be objective by claiming “it’s too early in the process to say which candidate is best going to represent them.”

Rather than pushback against Coles’ unabashed promotion of liberalism in women's magazines, Stelter spent the rest of the interview giving her a platform to tout how candidates can go to different media sources, like Cosmo, to reach liberal voters in America.

BRIAN STELTER: Joining me here on set is Joanna Coles the acclaimed editor of Cosmopolitan magazine. Joanna take me inside the editorial meetings at your magazine, one of the most important, powerful magazines in the whole country. Are you all taking more of an interest in the election, this cycle, this time around than in the past because of Hillary Clinton?

JOANNA COLES: Well, first of all, I think anybody would the editorial meetings at "Cosmopolitan" where we discuss endless sex positions extremely interesting and may I say it might change things. We are very interested in the issues around politics and how they impact our readers which is to say that we have many millions of millennial readers and they're interested in how they pay off their student debts, they’re interested in are they going to get a job in this difficult economy.

STELTER: But also in the personalities, right?

COLES: Well, and they’re also interested in are they going to get great health care and do they have access to contraception and God forbid should they need it, can they have access to an abortion. So I think they are watching candidates that they feel will reflect their interests as everybody does. But what’s important about this election in particular is there will be a lot of millennial voters because there are so many of them and a lot of them will be voting for the first time and our first priority is to get people to the polls. There is such lethargy around that and we really want to animate readers, go in and vote. You don't have the right to complain about D.C. if you're not exercising your right to vote.

STELTER: So you have a rooted interest in making sure they get to the polls.

COLES: We really do.

STELTER: Do you a rooted interest in having them vote for Hillary Clinton? 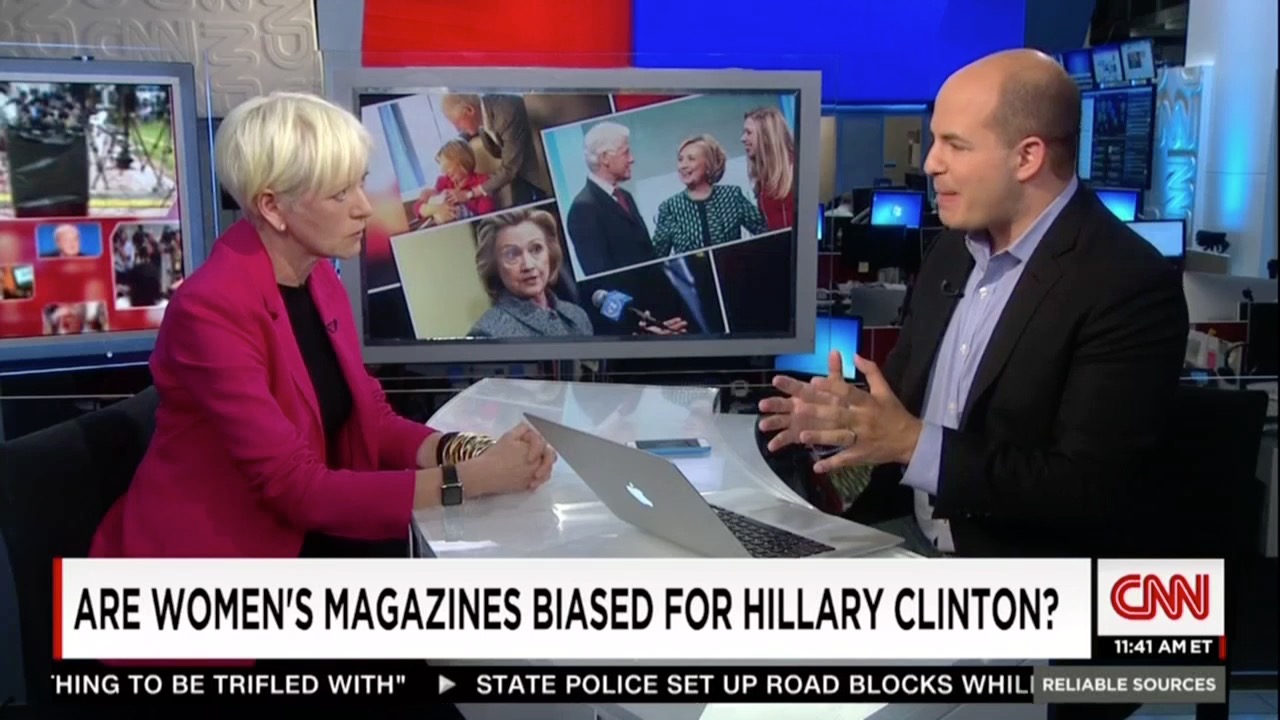 COLES: We have a rooted interest in them being part of the political process. We leave it to them if they want to vote for Hillary. Would we like to see more female candidates running? Of course we would. I think the political system would be better off. It’s really early in the campaign to say whether or not they would be better off with Hillary because we don't know all the candidates, and we haven't seen what Hillary stands for yet.

STELTER: This issue of whether women's magazines are tilted in favor of Hillary Clinton came up recently in Politico. Let me read a quote from the article by Hadas Gold. She said she reviewed several months of covers and said “looks like readers will be getting a heavy dose of liberal cheerleading this campaign season along with their skin care and makeup and fashion tips.” Liberal cheerleading, is that a fair phrase for some of the coverage from Cosmo and other magazines in the category?

COLES: Liberal cheerleading probably is because for the most part young women's interests are better supported by liberal/Democrat candidates, but not all, and I do think it’s too early in the process to say which candidate is best going to represent them. We just did in the magazine a piece on all the female senators.

We interviewed 16 of the 20, so across party, and actually it was the most optimistic piece I'd read about D.C. for a long time because these were senators actually working across the House with each other and it suddenly made you think, goodness, Washington is rather a functional place after all. And also, what happens is, because voters don't like it when women politicians brag about their achievements, they don't brag as much as the men. So they don't always say I got this bill passed or I got this done, but they are actually getting on with it.