On Sunday night, HBO’s John Oliver aired his exclusive interview with Edward Snowden and repeatedly mocked the intelligence of the American public. During the interview, Oliver claimed that when it comes to foreign surveillance, Americans “don’t give any remote sh** about [it].”

The Last Week Tonight host began his questioning of Snowden by jokingly claiming that the only answer to “do you miss America?” is “I miss it a lot. It’s the greatest country in the world.”

(Warning: this video contains language that may be offensive to some.)

After pressing Snowden on why he decided to leak thousands of pages of classified NSA documents, Oliver suggested that Americans really don’t care about such activities:

Oliver continued his criticism of the American public, this time by blaming the media for its failure to properly redact certain documents leaked by Snowden: 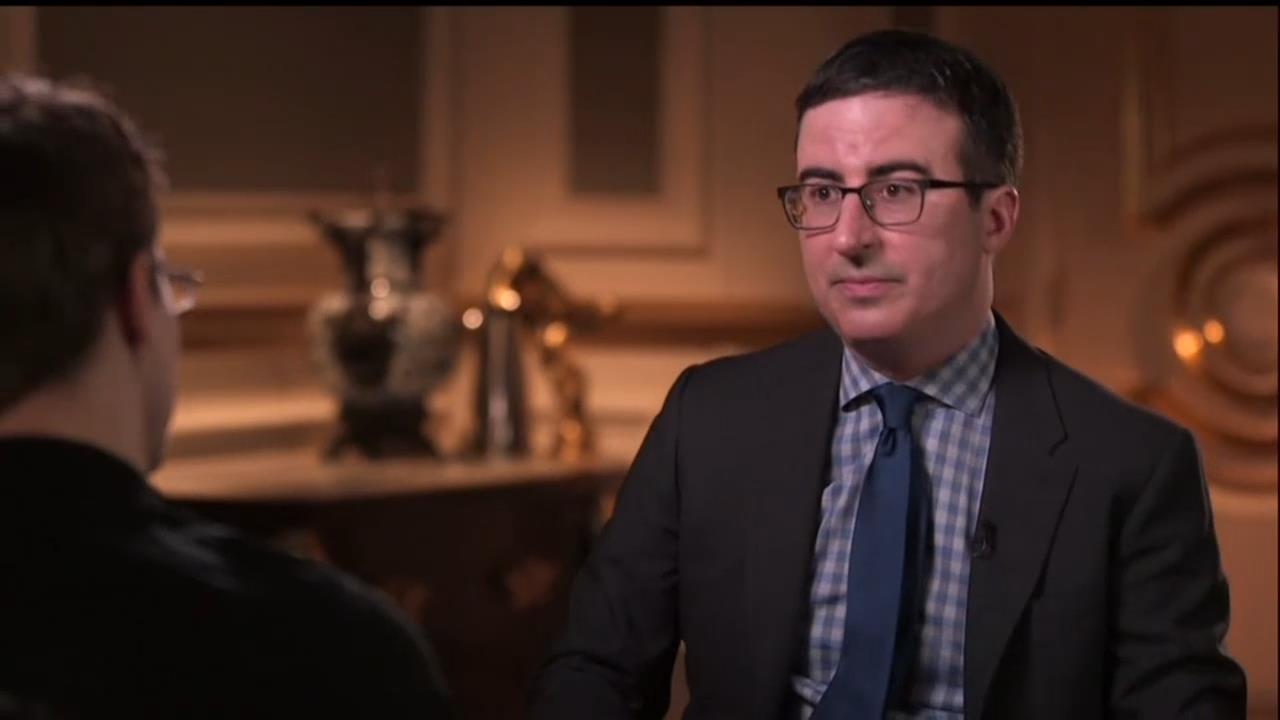 But those are journalists with a lower technical skill set than you. So the New York Times took a slide, didn't redact it properly and in the end it was possible for people to see that something was being used in Mosul on Al Qaeda....You're giving documents you know could be harmful which could get out there...You're not even talking about bad faith, you're talking about incompetence.

Later in the interview, Oliver played a clip of several Americans attempting to describe who Snowden was and what crimes he had committed in an attempt to further show the stupidity of the public:

You said in your letter to Brazil, "I was motivated by a belief that the citizens of the world deserve to understand the system in which they live. My greatest fear was that no one would listen to my warning. Never have I been so glad to have been so wrong." How did that feel?...Ok. Here's the problem. I did ask some Americans and boy, did it surprise me....So did you do this to solve a problem?

Oliver went on to joke that "on the plus side you might be able to go home because it seems that no one knows who the fu** you are and what the fuck you did."

Even when Snowden described the technical details behind the NSA’s numerous data mining programs, Oliver conceded that he had no idea what he was talking about:

This is the whole problem. I glaze over because it's like the IT guy comes in your office and you go, oh, sh**, oh, sh**. Don't teach me anything. I don't want to learn. You smell like canned soup.

To his credit, Oliver did ask Snowden some tough questions surrounding the ramifications of his actions, but the HBO comedian made sure to push the narrative that the American public are too stupid to fully understand the significance of his actions:

There's no doubt it is a critical conversation. But is it a conversation that we have the capacity to have? Because it's so complicated, we don't fundamentally understand it.