On Sunday, NBC’s Meet the Press discussed liberal comedian Jon Stewart’s announcement that he will be departing the Daily Show after 17 years.

During the program’s panel discussion, Washington Post columnist Kathleen Parker eagerly championed Stewart and insisted that he has been successful because “liberals put funny first. And I think conservatives put politics first.”

The segment began with moderator Chuck Todd playing up how “liberals are just in mourning…after losing Stewart” before noting that “political satire dominated by liberals right now… Liberals can't succeed on radio and conservatives aren't succeeding in political satire.”

The discussion then shifted to the larger topic of why conservatives succeed on talk radio whereas liberals do better with political satire which David Axelrod argued “satire goes to, I think, kind of, a more elite audience.” 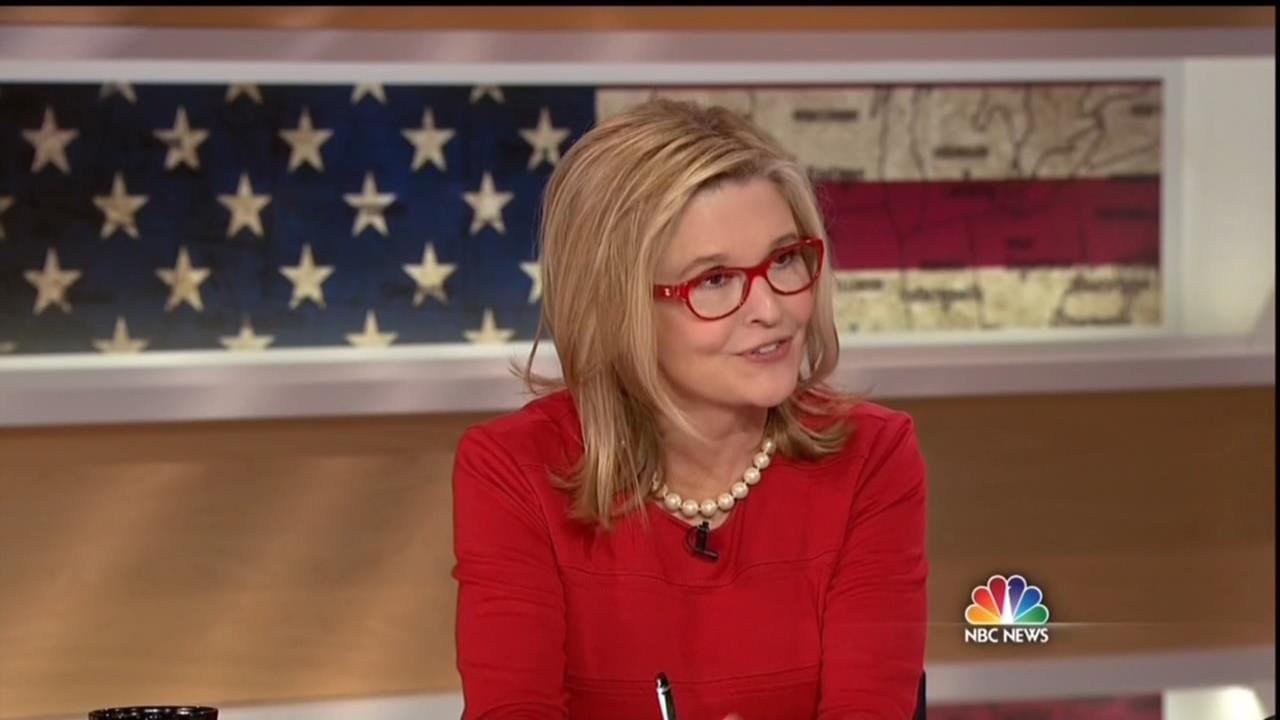 Axelrod then went into spin mode and insisted that Stewart “fundamentally what he had was authenticity. He went after -- wherever he could find it, including the news media” without admitting that his comedy has a clear liberal partisan agenda.

As the segment progressed, Todd wondered if Stewart’s replacement should be a woman to which the “conservative” Kathleen Parker offered her own take on what qualities the next Daily Show host should have:

I have to say I hope it’s just somebody who is really funny. And that's why they succeed is because liberals put funny first. And I think conservatives put politics first.

Despite calling herself as a conservative, Parker frequently sounds more like a liberal and her latest defense of Stewart adds to a growing list of comments that question her self-described conservative leanings.

In August of 2013, Parker wrote in the Washington Post that Hillary Clinton could literally “save the world” and how “there’s no one better suited to sort of lead that movement symbolically and as leader of the free world than Hillary Clinton.” In April of 2010, Parker admitted to winning the Pulitzer Prize for “bashing conservatives” despite claiming to be “slightly right of center.”

CHUCK TODD:  Welcome back. Big news affecting both politics and showbiz this week. Jon Stewart announcing he is stepping down from The Daily Show after 17 years. Want to bring in the panel on this. And Joe and Axe I want you guys to deal with this first. Liberals are just in mourning, Mr. Axelrod, about losing Stewart. It was a reminder to me that when you think about it, political satire dominated by liberals right now. Stewart, Oliver, Colbert, you throw in Bill Maher. Conservative talk radio it’s Limbaugh, Mark Levin, Hugh Hewitt. Liberals can't succeed on radio and conservatives aren't succeeding in political satire. Do you know why?

DAVID AXELROD: Well, you know Chuck, there is a long history of this. You go back to the beginning of radio and Father Coughlin and right wing radio has always been populist, it’s always had huge audiences. There hasn't been a corollary on the left. But satire goes to, I think, kind of, a more elite audience. And therefore it –

TODD: The elite. It is the liberals, it is the traveling salesman. What’s your theory? 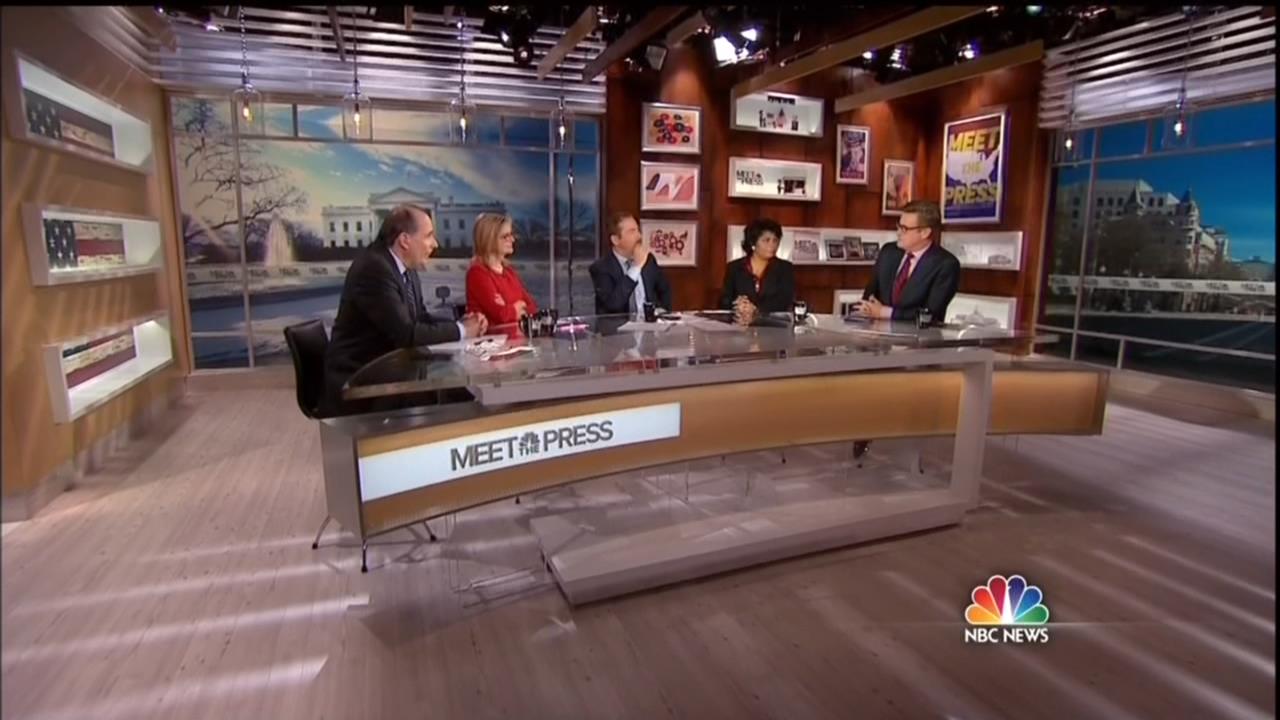 JOE SCARBOROUGH: It’s the audience. You’ve got the audience, the conservative audience, you're talking about the traveling salesman, the business people that are out there, they turn on their radio. Talk radio is still a conservative domain and it probably will remain that way. As far as comedy goes, you know, the entertainment industry has been filled by liberals–

TODD: You think part of it is and they just don't reward the conservatives?

AXELROD: Well, fundamentally what he had was authenticity. He went after -- wherever he could find it, including the news media.

TODD: So, Kathleen and April, you think we should see a woman replace Jon Stewart by the way?

KATHLEEN PARKER: I know I'm supposed to say yes, but I have to say I hope it’s just somebody who is really funny. And that's why they succeed is because liberals put funny first. And I think conservatives put politics first.

RYAN: It’s time for a women to take the big seat and sit in the big chair. And I think we are the ones to help make that spoon full of sugar make the medicine go down, the medicine being politics.

PARKER: Well, it’s too bad Christopher Hitchens isn’t still with us to talk about whether a woman could fill that seat.

TODD: Well, there you go. I’ll tell you this, April, you’re pretty funny but liberal talk radio its hard. It doesn't catch on as much. Does it?

RYAN: It doesn't, you're right. Conservative talk really moves, but liberal talk is not, especially black liberal talk -- it is not as big as it used to be.