Something you'll seldom see if the left's jingoistic victory dance over the Supreme Court ruling on gay marriage is any indication -- supporters of same-sex marriage acknowledging that opponents express valid criticism that can't be ignored.

A seldom-seen example of this was on display during The McLaughlin Group over the weekend as expressed by Chicago Tribune columnist Clarence Page.


On the same show that Page attempted to pull off this improbable balancing act, fellow liberal Eleanor Clift predictably labeled concerns about legalized polygamy as "bizarre" --

PAGE: What astounds me is, you know, five, 10 years ago I would have said, in fact I wrote I didn't expect to see gay marriage legalized in my lifetime. Look what's happened in the last decade! It's astounding.

MODERATOR JOHN MCLAUGHLIN: What did you write?

PAGE: Well, just the fact that while I personally favor it, I don't expect the country to swing that way ...

PAGE: ... but I think that's very significant, though, the fact is that this court is really following the national lead. They see, although at least the majority of this court sees that the country's attitudes have changed and are in the process of changing. And that's why while I'm concerned as Eleanor is about backlash like what we saw with Roe v. Wade, I think the Roe v. Wade decision back there in '72 (more accurately, January 1973) was a much more abrupt and shock to the system for the country nationwide, whereas I think the country's much more ready for this.

Minutes later, McLaughlin asked whether polygamy was likely in the aftermath of SCOTUS's ruling on same-sex marriage, and Page's surprising candor followed --

MCLAUGHLIN: Do you think polygamy is next in line for legitimation or polyamory?

PUBLISHER MORT ZUCKERMAN: Well, on one level I hope so because I would like to live long enough to see that happen. (laughter all around). That would add a lot to my life is all I can say. I think that would be quite an interesting thing.

PAGE: That's a legitimate argument. I mean, Scalia brought that up, way back over a dozen years ago with the Texas gay co-habitation case.

CLIFT: Judge Alito in his questioning, because they've been playing the oral arguments, I mean, he said what if two men and two women came, could they get together? And he also suggested, what if they were all lawyers? Does that make them a natural grouping? I mean, it was rather bizarre!

Lighten up, Elly, you sound so 20th century! Haven't she gotten word yet that marriage is now defined as what anyone says it is, given their mood at the moment? I've waited for a single proponent of same-sex marriage to enunciate a coherent definition of marriage in lieu of the one that has held sway around the world for millennia, that not incidentally coincides with the union necessary for procreation, and there's little doubt I'll continue to wait in vain. 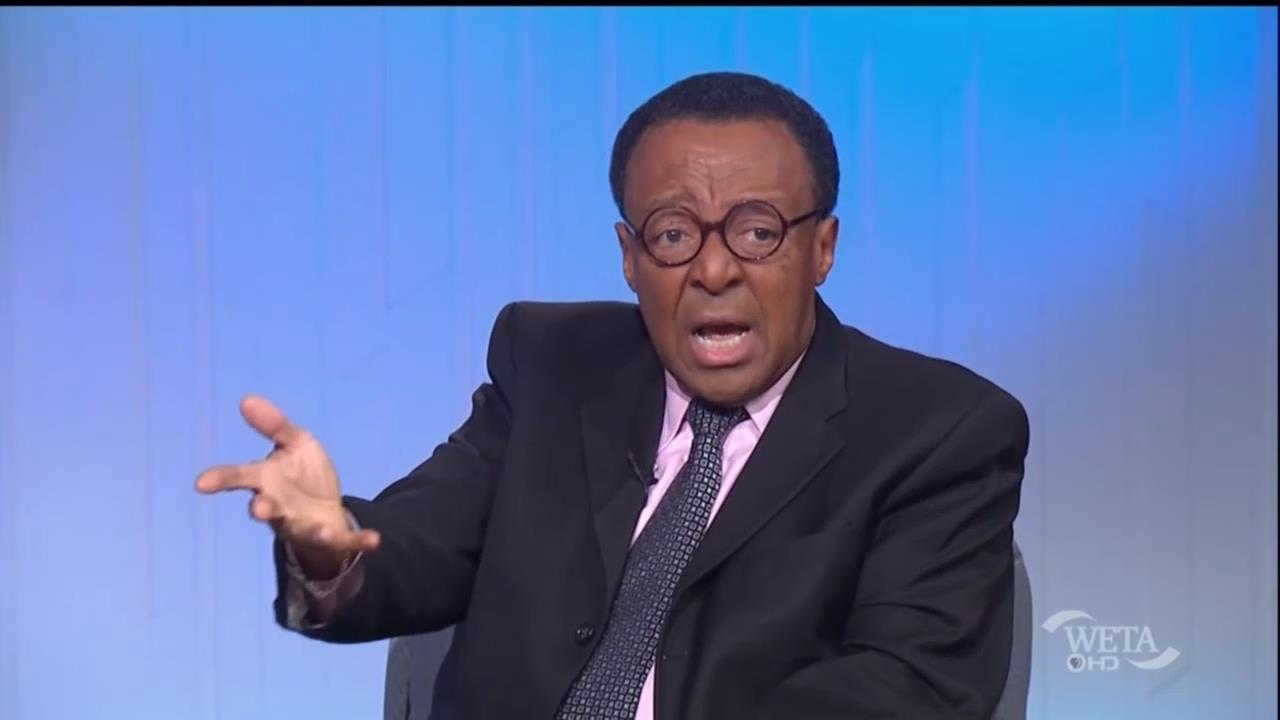 Typical of the bluster from the left since the SCOTUS ruling, Clift misrepresented Alito's argument while conspicuously steering clear of challenging its merit (in contrast to Page, whose honesty was refreshing). Alito's reference to the hypothetical foursome he cited as lawyers -- in a courtroom filled with them --  was clearly in jest. Evidence of this can be gleaned from the hearty laughter exhibited by those in attendance. (Objection! Overruled.)

And just as Clift couldn't muster an argument against it, Mary Bonauto, the lawyer advocating for same-sex marriage before the court, did hardly any better. As for those four lawyers cited in Alito's hypothetical (15:45 into the oral arguments for this exchange) --

ALITO: Under the logic of the decision you would like us to hand down in this decision, what would be the logic of denying them the same right?

BONAUTO: Number one, I assume the States would rush in and say that when you're talking about multiple people joining into a relationship, that that is not the same thing that we've had in marriage, which is one the mutual support and consent of two people. ...

ALITO: I don't know what kind of distinction that is because marriage between two people of the same sex is not something that we have had before. Recognizing that is a substantial break. Maybe it's a good one. ... So, why is that a greater break?

BONAUTO: ... Assuming it's within the fundamental right, the question then becomes one of justification. And I assume that the States would come in and say that there are concerns about consent and coercion. If there's a divorce from the second wife, does that mean the fourth wife has access to the child of the second wife? There are issues of who is it that makes the medical decisions, you know, in the time of crisis.

Does that mean the same-sex spouse of a previously divorced and now openly gay man has access to the children in his gay spouse's previous heterosexual marriage? Decisions on medical care in a crisis are resolved, regardless of the sexuality of those involved, marital status, or the head count, through health care proxy or power of attorney.

Those four attorneys, all past child-bearing age and with no interest in adoption, stating under oath that their actions are consensual -- so much for issues of consent, coercion and disruption to the young'uns.

A remarkable admission from Bonauto, lifted nearly intact from opponents of gay marriage -- "That is not the same thing that we've had in marriage." And what bracing chutzpah for her to seek the demise of any future role for the states in defining marriage, with the federal definition as decreed by the court trumping all others, while she simultaneously cites an activist role by the states in preventing polygamy.

Just a matter of time before supporters of same-sex marriage tire of painting themselves into this corner and admit what all rational adults already know whether they admit it or not -- legitimizing same-sex marriage removes any legal basis for preventing polygamy. It's the proponents' Achilles heel and they know it, which is why we'll eventually see the spectacle of them trumpeting polygamy and ardently denying that they ever thought otherwise.