Charlie Rose on Climate Change: 'Do We Have Too Many Scientific Deniers?' 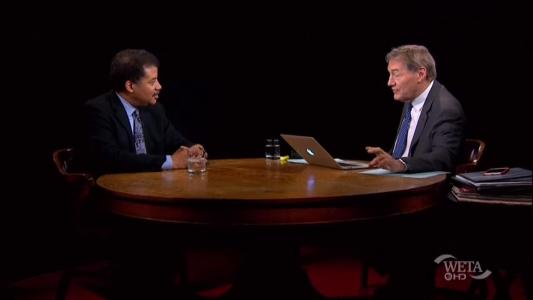 On Monday’s Charlie Rose show, the host couldn’t get through a interview with astrophysicist Neil deGrasse Tyson without asking about climate change and what to do about all those “scientific deniers?”

When the host of StarTalk Radio stressed the importance of understanding science so people can “vote intelligently” on the issues the PBS host mentioned “climate change” and asked: “Do we have too many scientific deniers in our country or do we give too much prominence to those who want to look the other way on science?”

This prompted Tyson to launch into an attack on journalists who give “equal column space to all sides,” including “the Earth is flat” people.

Back in March, as MRC’s Scott Whitlock reported, Rose hyped Tyson in a 60 Minutes profile that never noted his fake quotes and errors. The MRC’s Mike Ciandella has noted there has been an ongoing effort by activists to bully the media into calling skeptics of climate change “deniers.”

The following exchange was aired on the May 25 edition of PBS’s Charlie Rose show:

NEIL DEGRASSE TYSON: So if the people understand what science is and how it works and why it works, then you can vote intelligently on issues that involve scientific principles-

TYSON: -on issues. And then you can know who is not telling the truth and who is, you can analyze it.

ROSE: Okay but my question is - are we, I mean do we have too many scientific deniers in our country or do we give too much prominence to those who want to look the other way on science?

TYSON: Yeah there are some of those. And dare I implicate some elements of journalism in this, because there’s your journalistic ethos - not to tell you what your ethos is - but as I understand it and it’s been told to me, the journalist’s obligation when writing a story is to give equal column space to all sides. Or half to one of each side. And if someone says the Earth is round and someone says the Earth is flat, at some point you’re going to make a judgement, “the Earth is flat” people, is just flat out wrong. I will not be giving them the attention. We’re wasting time and I’m not doing a service to, in my role of informing the public.

And so I think journalists are really smart people. And they’re highly educated and they’re curious. They have the curiosity that kids have, that they still have as adults. That’s the other kind of branch of curiosity manifested in society. Scientists and journalists. And that’s a great thing to have. But at some point, invest your brain energy to recognize when something is fringe. And report it that way. And so when you do that, people then are properly informed about what is and is not true, what is an emergent truth. What is a truth that is in doubt, what is a truth? What is something that has been refuted. Be responsible on that frontier. And I think that will help. That will help my job, certainly.