“The idea of censorship is one that’s reached national proportions,” said MRC President Brent Bozell. “Rarely in my career have I seen a level of bipartisan and nonpartisan outrage.” He went on to reference a survey that found that a majority of Americans believe that Big Tech needs to be regulated in some way. “They now decide winners and losers,” said Bozell of the Big Tech powerhouses. 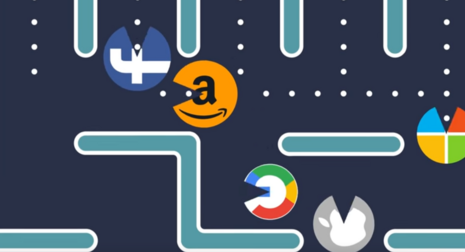 Texas Attorney General Ken Paxton agreed. “These companies are extremely powerful, extremely wealthy,” he said. “Unless we start addressing this very soon, we may lose our opportunity to address some of the wrongs.” Paxton related that aside from the case filed against Google for monopolistic behavior, his team sent out “civil investigative demands” to Amazon Web Services, Google, Apple, Twitter, and Facebook.

Paxton also relayed that on March 9, he was sued by Twitter over Texas laws in the state of California. In the lawsuit, Twitter claimed that it “cannot practically make every aspect of its content moderation practices public because some confidentiality is vital to the effective functioning of its platform.”

Mississippi Attorney General Lynn Fitch told a story about how she had put up a video on Twitter that had to do with human trafficking. “Within 37 seconds, they took it down at Twitter, Silenced me off the bat.” The video, according to Fitch, was given a sensitive content label. In a press release, Fitch said, “To be clear, the only thing offensive about my Office’s video is the subject matter – the $150-billion international industry of enslaving human beings in sexual exploitation and forced labor.”

Arkansas Attorney General Leslie Rutledge stated, “We all know someone who has been impacted negatively by Big Tech.” She then argued that Big Tech companies were “the new town squares.” Rutledge recently introduced the Arkansas Unfair Social Media Censorship Act into legislation. This bill would fine tech companies up to $10,000 per incident if the companies “censor, delete or label speech, including religious or political language,” according to Rutledge.