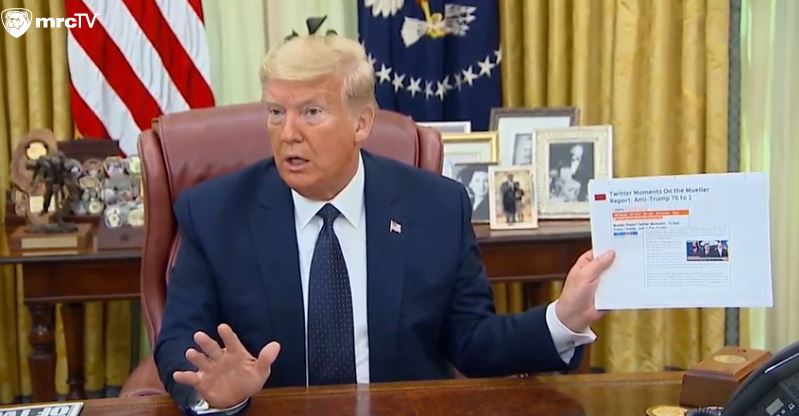 President Donald Trump hit back at Big Tech bias by signing an “Executive Order on Preventing Online Censorship” in the Oval Office on Thursday. And he relied on information from the Media Research Center’s TechWatch to do it. 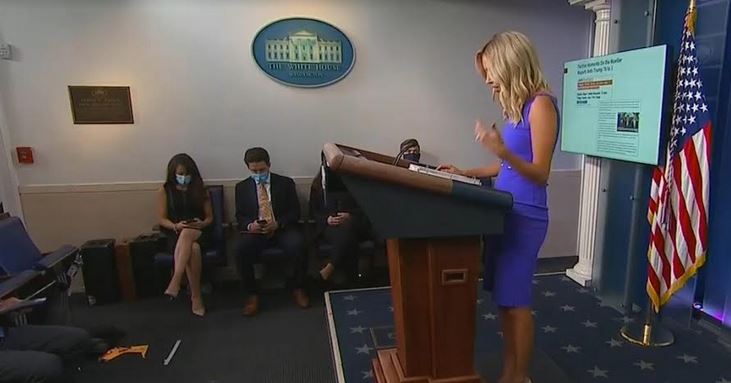 Grabbing a large printed copy of the MRC TechWatch piece, Trump slammed the site’s bias: “You take a look at this as an example: Twitter Moments on the Mueller witch hunt. So, we won. We were in the right. You see what’s happened. It’s a total fraud. It was a total fraud. 76 to one, OK? 76 to one. You look at it. You think that’s fair?”

Trump’s decision to sign the anti-censorship executive order came after a fight with Twitter, in which two of the President’s tweets have been censored by the platform. Prior to Trump’s comments, White House press secretary Kayleigh McEnany also showcased the blog by Weaver.