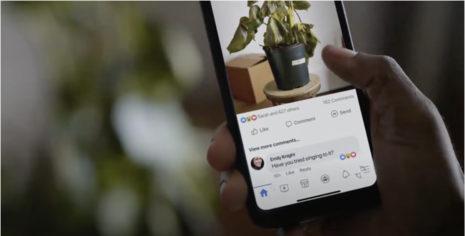 Facebook censorship has grown like a weed in the recent past, but some users have now found themselves unable to discuss their hobbies without censorship.

The platform reportedly censored discussion of gardening tools in a group about the hobby. “Facebook’s censors are digging deep — flagging the word ‘hoe’ in a western New York gardening group because they apparently confused the tool for a disparaging term for women,” the New York Post reported.

The platform appeared to find that the discussion in the group was ripe with violations of its Community Standards. “A group called WNY Gardeners has been repeatedly flagged by the social network for ‘violating community standards,’ when its more than 7,500 members discussed the long-handled bladed implement, which is spelled with an ‘e,’ unlike the offensive term,” said the Post.

Facebook has reportedly taken action to restore the content, but seeds of doubt may have already been sown in the minds of users. “We have plans to build out better customer support for our products and to provide the public with even more information about our policies and how we enforce them,” Facebook said in a statement, according to the Post.

Even discussions of common garden pests were reportedly censored. “‘Kill them all. Drown them in soapy water,’ and ‘Japanese beetles are jerks,’ were some comments Facebook deemed offensive, according to the moderator,” said the Post.

While Facebook was busy trying to “berry” (bury) posts about a gardening tool, pages from genocidal communist China were allowed to garner massive followings on the platform. Facebook also slapped a fact-check on a post from Young Americans for Liberty that contained a screenshot of World Health Organization guidance recommending children not be vaccinated right away for COVID-19. The platform claimed that the post was “missing context.” It has also banned former President Donald Trump for at least two years.