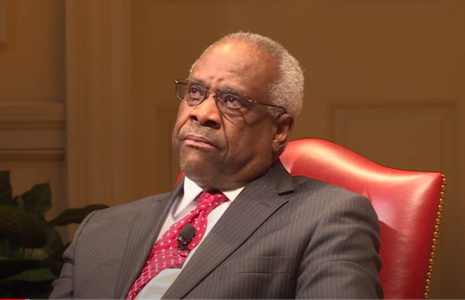 The case revolved around the question of whether Trump could block other users on Twitter, or if that action violated the First Amendment. The U.S. Circuit Court of Appeals for the Second Circuit ruled that Trump “engaged in unconstitutional viewpoint discrimination” by blocking users on the platform, because the “interactive space” on Trump’s Twitter account was a “public forum.”

The case ran into two different complications after it was appealed to the U.S. Supreme Court. First, Trump was sued, and later filed an appeal within his capacity as the president of the United States. After the Biden administration took office, Trump could no longer bring the appeal within his official capacity as president. Second, Trump was banned from Twitter following the Jan. 6 riot at the United States Capitol.

The U.S. Supreme Court ultimately vacated the judgement and remanded the case back “to the United States Court of Appeals for the Second Circuit with instructions to dismiss the case as moot.” Essentially, sending the case back to the Circuit Court rendered its previous judgement irrelevant.

Thomas cut to the heart of the censorship issue. “The petitions highlight two important facts. Today’s digital platforms provide avenues for historically unprecedented amounts of speech, including speech by government actors. Also unprecedented, however, is the concentrated control of so much speech in the hands of a few private parties,” he said.

And given the unprecedented amount of power Big Tech has over speech, Thomas also warned: “We will soon have no choice but to address how our legal doctrines apply to highly concentrated, privately owned information infrastructure such as digital platforms.”

Thomas further reasoned that dominant digital platforms were different than other entities with regard to the “substantial barriers to entry” that exist in their sphere:

“Similar to utilities, today’s dominant digital platforms derive much of their value from network size. … To be sure, much activity on the Internet derives value from network effects. But dominant digital platforms are different. Unlike decentralized digital spheres, such as the e-mail protocol, control of these networks is highly concentrated. Although both companies are public, one person controls Facebook (Mark Zuckerberg), and just two control Google (Larry Page and Sergey Brin). No small group of people controls e-mail.”

Thomas concluded by saying: “The Second Circuit feared that then-President Trump cut off speech by using the features that Twitter made available to him. But if the aim is to ensure that speech is not smothered, then the more glaring concern must perforce be the dominant digital platforms themselves.”

The opinion was not the first time that Thomas has hinted at a desire to take on the question of Big Tech and online freedom. In October 2020, for example, he wrote “Without the benefit of briefing on the merits, we need not decide today the correct interpretation of §230. But in an appropriate case, it behooves us to do so.”