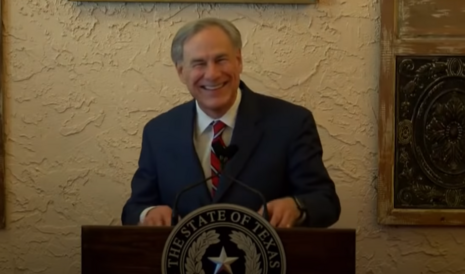 Everything is bigger in Texas, and state lawmakers have decided to step up where the federal government has failed. So it was in that spirit that the Texas legislature has introduced Senate Bill 12 and House Bill 3001. Both bills would limit the unilateral authority of Big Tech companies to censor content on their platforms.

S.B. 12 specified that “An interactive computer service may not censor a user, a user's expression, or a user's ability to receive the expression of another person based on:

“(1) the viewpoint of the user or another person;

“(2) the viewpoint represented in the user's expression or another person's expression; or

“(3) a user's geographic location in this state or any part of this state.”

The Texas State Senate bill noted that “this Act has been enacted amid uncertainty about the application of the United States Constitution and relevant federal statutes.” It further specified that “every application of the provisions of this Act to any person, group of persons, or circumstances are severable from each other.” If a platform has been found to have censored content, the user(s) would be entitled to “declaratory relief[,] … including costs and reasonable and necessary attorney’s fees.”

Gov. Greg Abbott held a March 5 press conference regarding S.B. 12. “The United States of America was built upon free speech and healthy public debate. Big Tech’s efforts to silence conservative viewpoints is un-American, un-Texan and is unacceptable,” said Abbott, according to Fox News. “And, pretty soon, it’s going to be against the law in the state of Texas.

The second Texan bill, H.B. 3001, would allow the state’s users to bring a civil lawsuit against a social media platform “that purposefully (1) deletes or censors the user ’s political or religious speech; or (2) uses an algorithm to disfavor or censor the user ’s political or religious speech.” The bill actually specifies that platforms “may not use the claimant’s alleged hate speech as a basis for a defense of the defendant ’s actions.”

If a court found that the social media censorship violated the act, a user may recover “exemplary damages of $75,000 per purposeful action.” Users may also recover “actual damages,” “other forms of equitable relief,” “court costs” and “reasonable attorney’s fees.”

A growing number of states have begun to take action against Big Tech, and their actions could inspire other states to do the same. North Dakota and Arizona have considered legislation to take action against the dominance of Apple and Google’s app stores. Nebraska and Iowa introduced legislation to hold Big Tech accountable for censorship, and Florida has been developing similar legislation. The Virginia House of Delegates and New York legislature have each introduced legislation to give consumers more agency over their personal data. Maryland, meanwhile, already passed a tax on digital ad revenue.