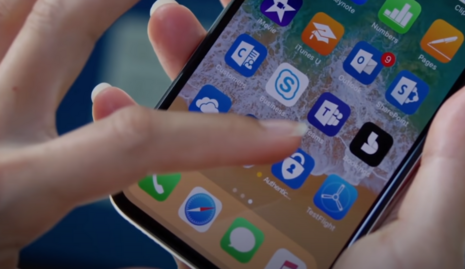 North Dakota has not backed down in its fight against Big Tech.

Although a recent North Dakota bill to fight Big Tech market power failed in a vote, the legislature has gotten back in the game with a new proposal to fight online censorship.

The bill, introduced by State Rep. Tom Kading (R) Larry Bellew (R), Terry B. Jones (R), Kim Koppelman (R), Mike Schatz (R) and Nathan Toman (R), would establish that “the interactive computer service provider is liable in a civil action for damages to the person whose speech is restricted, censored, or suppressed, and to any person who reasonably otherwise would have received the writing, speech, or publication.”

Some on the left, however, have already spoken out against the bill.

Law&Crime published an article headlined “North Dakota’s Attempt to Legislate Around Section 230 Allows ‘Nazis to Sue You if You Report Their Content to Twitter.’” “Attorneys who have reviewed the measure say it’s an unconstitutional and self-contradictory mess that’s impossible to enforce,” Law&Crime journalist Jerry Lambe claimed in the article.

North Dakota’s legislation came as the U.S. House of Representatives announced two hearings  regarding Big Tech. The House Judiciary Subcommittee on Antitrust, Commercial, and Administrative Law announced that it will hold a series of hearings “to consider legislative proposals to address the rise and abuse of market power online and to modernize the antitrust laws.” The first in the series of hearings will be held on February 25.

It is clear that members of the North Dakota legislature are concerned about online censorship, and rightfully so. YouTube allegedly censored the channel of famed medical doctor, Dr. Drew. Twitter slapped a warning label on a Valentine’s Day meme from Indiana’s attorney general. YouTube, Twitter, Facebook, Snapchat, Reddit, TikTok and even Shopify all banned former President Donald Trump following the Jan. 6 riot at the U.S. Capitol building.