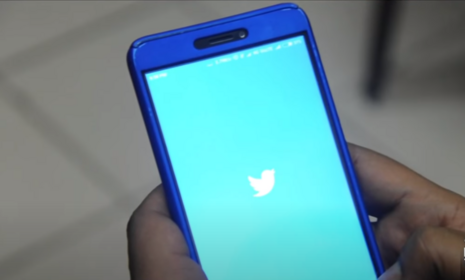 Twitter has been losing its mind over allegations of mail-in voter fraud over the last few weeks. But now, the platform is going to the extreme.

Twitter locked the account of former acting Director of National Intelligence Richard Grenell on October 8 after he tweeted a picture of two ballots sent to his friend’s parents — both of whom passed away ten years ago, according to Breitbart. Grenell’s friend, Tom Thompson, lives in California.

Grennel’s account was reportedly locked because he did not block out the addresses on the envelopes. Twitter’s Community Standards state, “You may not publish or post other people's private information (such as home phone number and address) without their express authorization and permission.”

In a world where doxxing has, sadly, become more commonplace, a rule against posting someone’s home address without permission certainly makes sense. In Grenell’s case, however, he said he did have the permission to post the pictures.

“I am the son of John and Gertrude Thompson,” said Thompson in a tweet. “Both passed away over ten years ago and got ballots for the upcoming election. I gave Richard Grenell permission to post these pictures and ask for an investigation as to why they were mailed ballots for the 2020 election.”

This is certainly not the first time that Twitter has censored content questioning the integrity of mail-in voting. Last month, Facebook flagged and Twitter censored President Donald Trump’s post that told voters how to make sure their votes have been properly collected and tabulated. The platform did, however, allow multiple tweets wishing harm or death on Trump after he and the First Lady Melania Trump were diagnosed with COVID-19.

At the time of reporting, Grenell’s account appears to have been reinstated, but without the tweet in question. Perhaps Twitter doesn’t think that permission from the son of the deceased is enough. Maybe the platform will instead wait to reinstate Grenell’s tweet after mankind learns how to reanimate their bodies, just in time for Halloween. Spooky.