The New York Times is having another meltdown over so-called “election misinformation” on social media and trying to pressure Big Tech companies to up their already bloated censorship operations. 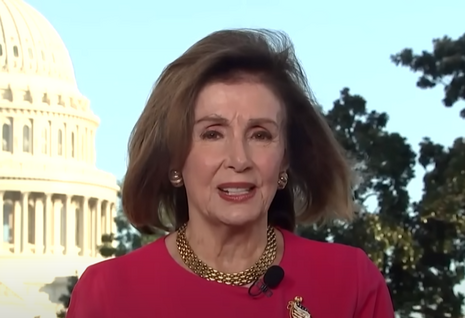 Times technology reporter Tiffany Hsu screeched in an Aug. 14 story headlined: “On TikTok, Election Misinformation Thrives Ahead of Midterms.” Hsu mourned that the Chinese Communist Party-tied platform’s “poor track record during recent voting abroad does not bode well for elections in the U.S., researchers said.” In fact, fretted Hsu, TikTok is supposedly “shaping up to be a primary incubator of baseless and misleading information, in many ways as problematic as Facebook and Twitter, say researchers who track online falsehoods.”

Who in the world crowned the propaganda-spewing Times the Arbiter of Truth?

But Hsu proceeded to fearmonger about how free speech shared on TikTok threaten to upend the electoral process:

Baseless conspiracy theories about certain voter fraud in November are widely viewed on TikTok, which globally has more than a billion active users each month. Users cannot search the #StopTheSteal hashtag, but #StopTheSteallll had accumulated nearly a million views until TikTok disabled the hashtag after being contacted by The New York Times. Some videos urged viewers to vote in November while citing debunked rumors raised during the congressional hearings into the Jan. 6, 2021, attack on the Capitol.

Hsu harrumphed that TikTok posts her newspaper disagreed with “garnered thousands of views by claiming, without evidence, that predictions of a surge in Covid-19 infections this fall are an attempt to discourage in-person voting.”

The brouhaha over TikTok follows The Times’ recent crying in June about how Meta CEO Mark Zuckerberg wasn’t doing enough to vaporize “election misinformation” on his platforms Facebook and Instagram before the midterms.

The Times complained then that Meta’s “shift in emphasis” away from elections “could have far-reaching consequences as faith in the U.S. electoral system reaches a brittle point.”

Meta apparently empathized with the newspaper’s crocodile tears, as it would later release a document outlining how it created “a dedicated team focused on the 2022 midterms to help combat election and voter interference while helping people vote.”

It gets even more Orwellian.

Meta said it was working “with federal government partners including the FBI and the Cybersecurity and Infrastructure Security Agency” to construct its 2022 midterm strategy. It appears The Times is attempting to exert the same pressure on TikTok.